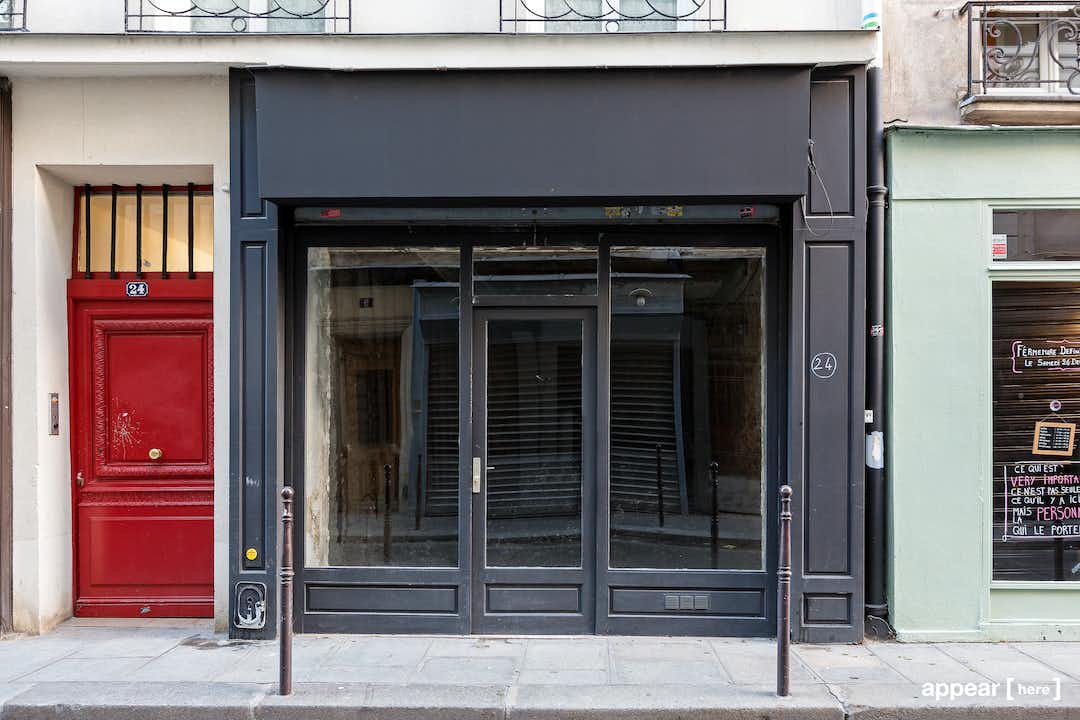 Once a marshy area on the bank of the Seine, in the 13th century Le Marais became a district for royalty. Grand buildings built in the 17th century, like Pace des Vosges, still stand – attracting tourists here to the 3rd arrondissement. As well as its local sights, Le Marais is distinctive for its original cobbled streets and narrow lanes – in contrast to the wide boulevards across the rest of the city.

With steps between two levels, this is a striking retail space – with architecture typical of the district. The space features old stone walls, concrete flooring, covered alcoves, and a long layout. It’s also got exposed wooden beams, for a beautiful space to browse, shop and wander.

Special rate will apply during all the main events taking place in the French capital such as the Paris Fashion week.

The minimum rental period is 3 days.

This space is not suitable for a bar or restaurant.

The space needs a fair amount of decorating work before opening.