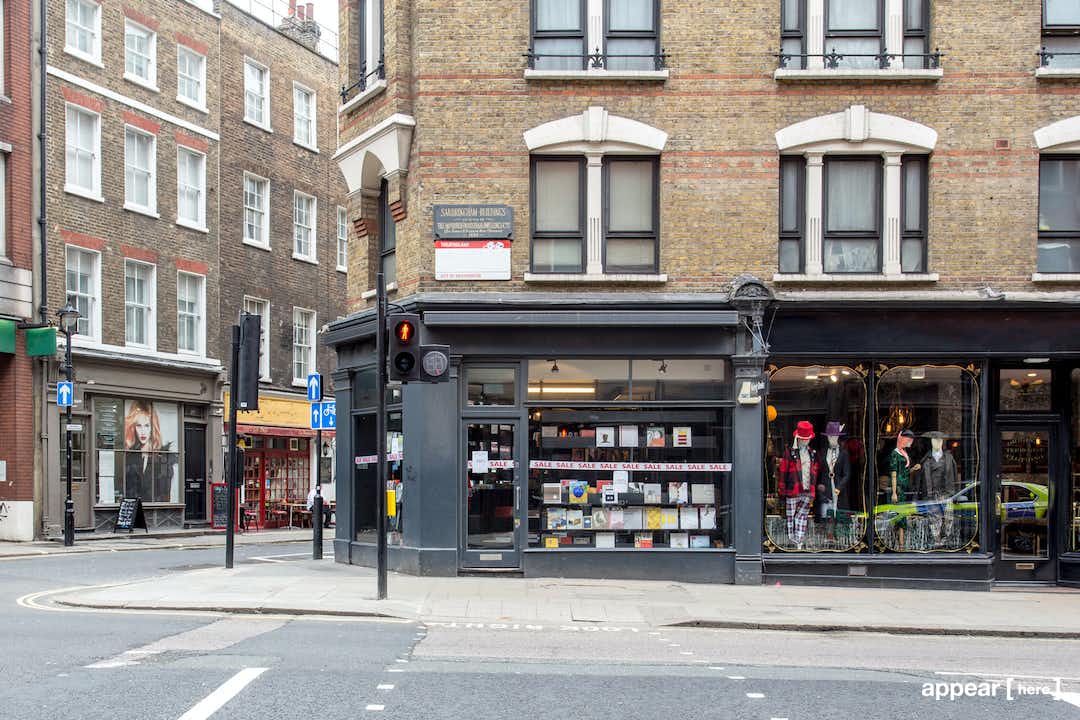 In between Soho and Covent Garden is this former independent bookshop on Charing Cross Road. This space could get you high exposure in a busy part of Central London, opposite Shaftesbury's new retail development. Both floors (ground floor and basement) are being cleared out, leaving space for new retail concepts.

This part of town is lively both day and night. Tourists crowd the streets as they move between Soho, Leicester Square and Covent Garden, especially on weekends. During the week, the road is busiest during lunch or after work with working professionals. Leicester Square station is two minutes' down the road.

Shaftesbury's new retail development, opposite, is set to become huge as more and more brands move in. Subway is next door. The newly refurbished Soho House on Greek Street as well as Soho's hottest restaurants like La Bodega Negra and Eat Tokyo are less than a three-minute walk away.