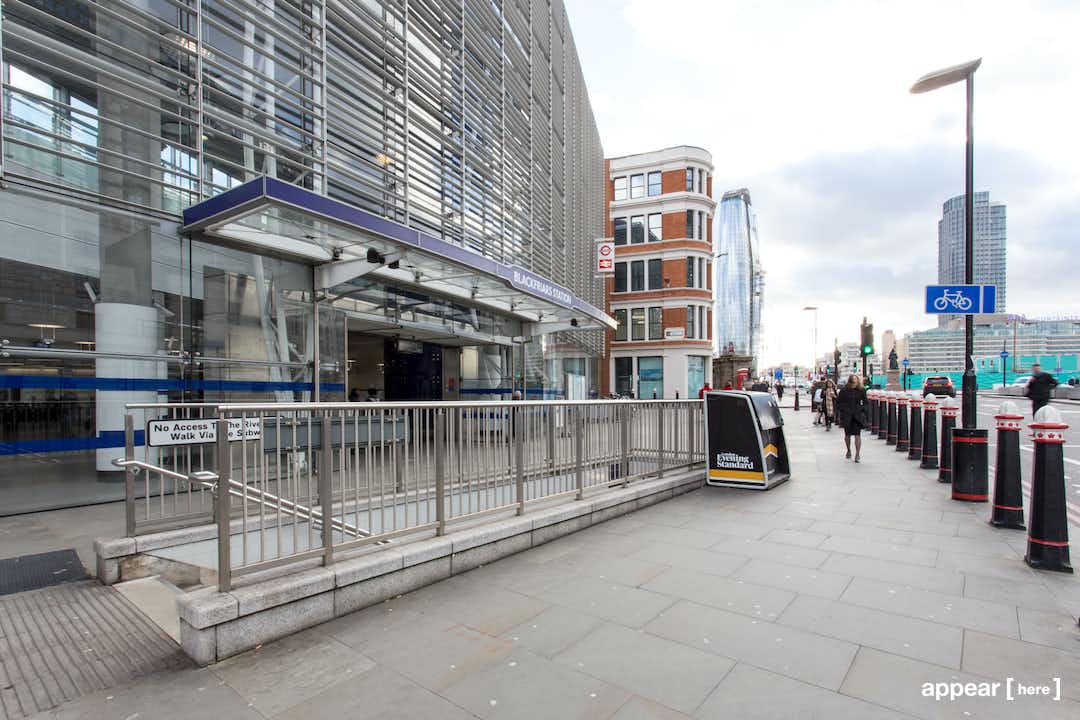 Make your mark with this open experiential space inside Blackfriars station in London's Square Mile. The station entrance was renovated with a glass exterior in 2012, giving the space plenty of natural light. You'll have full use of the entire gate line (for up to four people) inside the ticket hall – an opportunity to place yourself in front of a steady flow of commuters.

This station attracts over 15 million annual visitors. Being in the City, the majority of visitors passing through the station will include working professionals (investment bankers, lawyers, traders) heading to and from work. With the station's proximity to key tourist attractions like the Tate Modern and the Globe theatre, there'll also be a steady crowd of tourists, especially on weekends.

As well as a Coffee Republic and a tiny old pub called The Blackfriar across the street, you’re also within walking distance of St. Paul’s Cathedral. Blackfriars Bridge itself is further along, and along the River Thames you’ll come across tourist hotspots like HMS Belfast and the London Eye.

No parking at the station, deliveries via Queen Victoria Street EC4V 4DY (but with restrictions).

Space for storage possibly under the stairs of 1/578 for event day only.

This is a unique experiential space inside the ground level ticket hall of the station. Brands must provide and set up their own promotional equipment.