This week: The web 3.0 and other funny business.

It’s about time someone said the quiet part out loud: what the flying zuck is the metaverse and what does it mean for retail? If you haven’t already seen the deeply strange video of Mark Z explaining what’s next for the company formerly known as Facebook, you can, uh, check that out here.

• Still confused? Join the club. Like when nobody knew what the heck Brexit meant before Brexit happened, the metaverse is in some ways still a twinkle in Mr. Zuckerberg’s eye. To put it simply, the metaverse is a vision for what the future of the internet could look like. It’s a digital-first world made up of both virtual and physical spaces, which you can explore through your personal avatar. It’s like social media, but more immersive. “I think the metaverse is this embodied Internet,” Z explained in an interview with Stratchery, “where instead of looking at the Internet, you’re in it.”

• If you’re imagining the Sims right now, you’re not so far off base. (Bet you didn’t know Sims was short for ‘simulation’). In the metaverse, you’ll be able to shop, socialise, collaborate, and even travel virtually. In the race toward the Web 3.0 – aka, the next chapter of the Internet – virtual experiences are already sprouting up like spring flowers. See: Fortnite’s virtual concert programming, Coca-Cola’s VR-exclusive product launch, and Gucci’s most affordable item ever: a pair of digital sneakers.

• The concept of an expanded virtual life isn’t totally out of the blue, since we’ve been hanging out in Zoom rooms for the better part of two years. But as the threat of Covid wanes, companies are still betting big on virtual experiences. The explosion of NFTs – Web3’s answer to the art collecting biz – might have something to do with it. The industry ballooned to over $40 billion in 2021, according to Bloomberg. That’s a lot of jpegs.

Hang on a sec. Isn’t Meta (formerly Facebook) the company responsible for spreading misinformation like confetti, condoning a garden-variety of harassment, and fueling straight-up insurrections?

It’s true that the social media giant behind the metaverse hasn’t been in the best light in the court of public opinion as of late. But Zuck says he plans to build back better: “Privacy and safety need to be built into the metaverse from day one.”

That promise has already been put to the test in the fledgling metaverse, where hacking, sexual harassment, virtual land-grabbing have already been reported issues. Still, visions of a Web3 utopia abound…

Iceland is not convinced.

SHOP TIL YOU DROP

If you thought choosing your profile pic was agonising, just wait til you need to pick an outfit to wear in the metaverse. Retail is rising to the occasion.

In an article titled “What to Wear in the Metaverse”, philosopher and cognitive scientist David Chalmers told the New York Times: “You’ve got your psychological identity – how you feel inside – and your social identity: how you express that. In the VR world, that’s just more complex.”

• London-based consultancy Emperia VR is making a name for itself by creating bespoke virtual worlds for luxury art and fashion clients. Recently, their team partnered with Harrods to bring the department store’s heavenly shopping experience online.

• But Web3 isn’t just about IRL shops extending into more virtual spaces. It also works vice-versa. In its plan for world domination, the newly rebranded ‘Meta’ has a brick-and-mortar-plant, too. “Meta is reportedly planning physical stores to showcase its products” ran a TechCrunch headline. Appear Here is even delving into the metaverse. In February, the online community known as Chubbiverse will be hosting an NFT night in New York to educate and celebrate the world of NFTs.

• “Web3 is a new source of economic value. It’s a marketplace, a new revenue stream, a fuel for business growth and a source of competitive advantage,” wrote Ana Andjelic in Sociology of Business. Brands are taking note. Luxury retailer Fendi has gotten a head start by releasing a line of cryptocurrency wallet hardware accessories as part of its Men’s FW 2022 collection in collaboration with digital asset management company, Ledger. “Fendi is effectively designing behavioral change by connecting Web3 utility and luxury design and brand power.”

If you’re looking for a field guide to the retail metaverse, start here: think big, but stay personal. As websites become storefronts and storefronts become virtual experiences, everything becomes everything. (Which is to say, nothing.)

If Mark Zuckerberg’s robotic explanation of the metaverse shows us anything, it’s that putting the human in humanoid is a skill that’s vastly underrated. 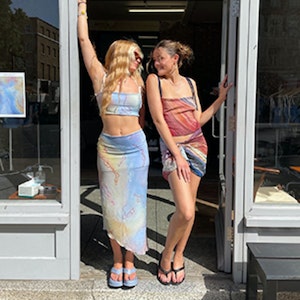 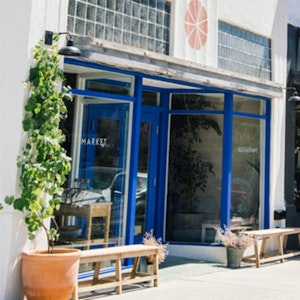 Silver Lake often gets labelled the “Brooklyn of Los Angeles,” however, this pocket of L.A. is much more than a hipster hangout.