What makes a great idea? We put that question to our Space for Ideas judges, who’ve between them, built some of the biggest businesses in retail today. They're also the ones in charge of picking the next three big ideas from the competition. So let's find out what they’re looking for...

A great idea is simple but unexpected.

Neil Blumenthal is the co-founder and co-CEO of Warby Parker, a transformative lifestyle brand that offers designer eyewear at a revolutionary price, while leading the way for socially conscious businesses. In 2015, Fast Company named Warby Parker the most innovative company in the world. Neil was named a Young Global Leader by the World Economic Forum and one of the 100 Most Creative People in Business by Fast Company.

A great idea is something that hasn't been done.

Natalie is co-founder and partner of IMAGINARY, a venture fund focusing on direct to consumer brands and Non-Executive Co-Chairman of FARFETCH. Natalie is credited with bringing luxury to e-commerce and revolutionising the way people shop for fashion through the company she founded in 2000, the pioneering e-tailer NET-A-PORTER. Over the course of 15 years as Executive Chairman Natalie and her team grew the company into what is now, a global, multi-channel ecosystem, which includes brand extensions such as THE OUTNET, MR PORTER and PORTER magazine. Massenet exited in 2015 with the Group independently valued at $2.2 Billion. Natalie is also Chairman of the BFC, and was made a Dame in 2016 to recognise her services to the industry.

A great idea always has the customer at its heart

Nick Jones founded Soho House in 1995, as a private members’ club for people in the film, media and creative industries. There are now 18 Houses around the world, with outposts in London, Oxfordshire, Malibu, Barcelona and Istanbul. This year, Nick also opened The Ned, in the City of London. The group’s biggest project to date, it includes nine restaurants, 252 bedrooms and a social and fitness membership. Nick is overseeing the expansion of Soho House, with new Houses planned for Mumbai, White City, Amsterdam, Brooklyn New York, Downtown LA, Hong Kong and Austin, Texas.

A great idea provides a solution for others that no one has yet to achieve.

Ajaz Ahmed is the CEO of AKQA, the ideas and innovation company he founded aged 21. Today, AKQA employs 2,000 people worldwide and is one of the world’s most influential and recognised agencies, responsible for award-winning projects for Nike, BBC and Hermes. AKQA's work is famed for its pioneering approach, continuing to define and lead the industry. Ajaz is also the author of two best-selling business books Velocity and Limitless, the proceeds of which are donated to five causes voted for by employees of AKQA.

Mimma is a writer and creative consultant with over two decades worth of experience in the luxury industry, working for brands such as Bulgari, Celine, Louis Vuitton and Kering. Today, Mimma advises companies, boards and CEOs on matters relating to communications, product and strategy. She’s also a regular contributor to sites such as ShowStudio and Business of Fashion, where her frank and honest opinions have made her advice a trusted source for many young designers.

“A great ideas is only as great as its execution, and the people responsible for bringing it to life.”

Hailing from New Zealand and based in New York City, Amy is a communicator who thrives on the connections between people. Amy founded OKREAL to provide a resource for a modern community of women who are striving to create their own path, and want authentic advice to help them do so. OKREAL hosts “results-driven experiences” for women, who are at a crossroads figuring out their lives: helping them determine what fulfilment looks like and how to get there. With interviews with some of New York’s brightest female entrepreneurs, Amy has a wealth of knowledge on what it takes to make it in business.

A good idea is the one you've dreamt of having your whole life and which became reality.

Régis Pennel is the founder of the pioneering French concept store, L'Exception. It’s reputation stands out through its cutting-edge selection of 400 French designers. Régis started his career at the Ministry of Finance, but his love of fashion and luxury led him to Céline where he joined the marketing team before launching L'Exception as an ecommerce platform in 2011. In 2016 he opened his first store at les Halles, which has become one Paris’ most innovative concept stores, known for experimenting with new technology and featuring the latest brands to know.

A great idea is where it all begins.

Keely has more than a decade of experience working at Drapers and now leads the magazine, website and all events. Her particular focus is on new innovations and developments in the world of multichannel fashion. She can regularly be seen hosting panels at industry events and being featured in national media. As editor, Keely also runs all Drapers events including the awards business such as Drapers Independent and Digital Awards, as well as conferences such as Drapers Fashion Forum and bespoke breakfast and dinner events.

Think you've got a great idea? Well, here's your chance to make it happen: Space for Ideas. 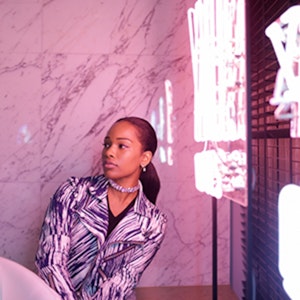 A day in the life: Sharmadean Reid, owner of WAH Nails

Life as a beauty entrepreneur, modern retailer, girl boss mentor and working mum can get busy. 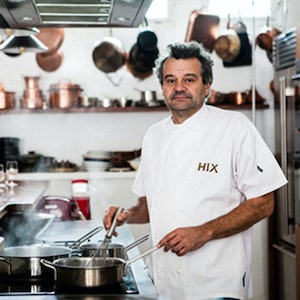 Serial restaurateur and festival favourite, Mark Hix, talks setting up shop and why he owes his success to keeping it simple.