Top of the Pops - 21st November 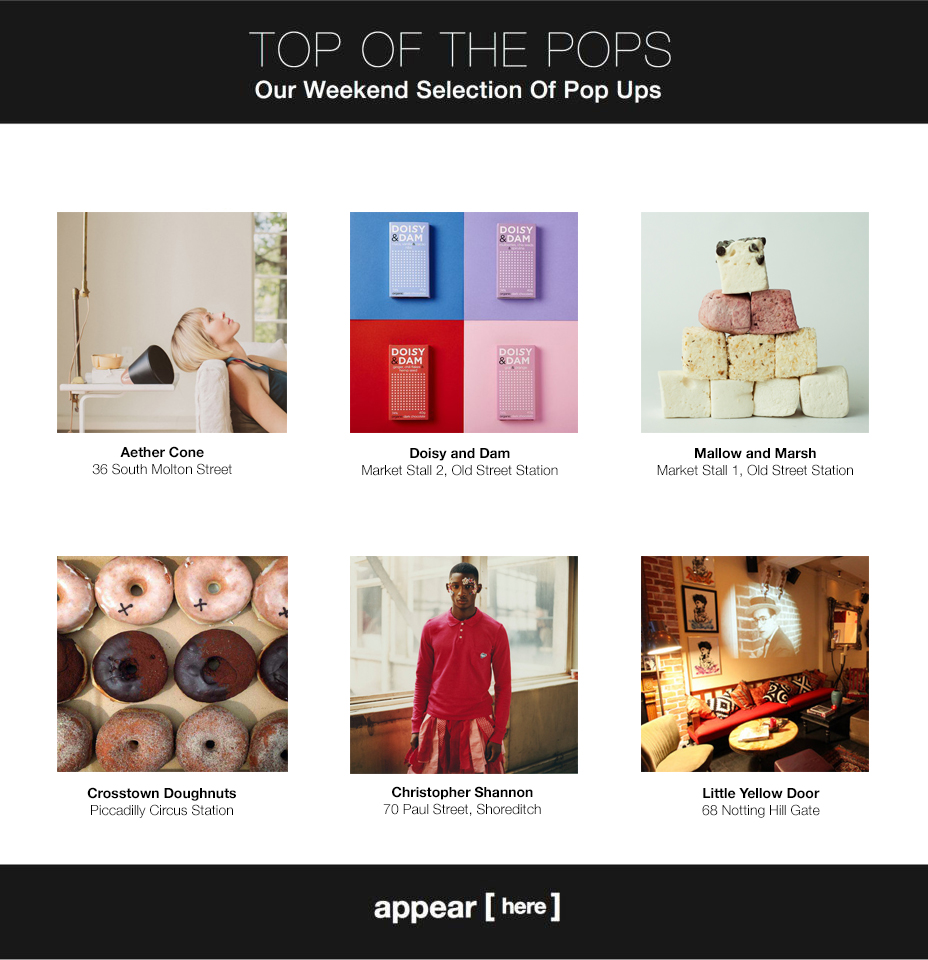 This week Aether have launched the Cone music player in their first physical store on South Molton Street. Aether’s focus is on making experiences nicer and taking the work out of using technology so people can spend more time enjoying everyday moments. The Cone is a thinking music player which allows you to stream music, radio stations and podcasts, from the simple turn of a dial. Catch them all of next week on South Molton Street.

Why should you have to sacrifice taste to eat well? Doisy and Dam certainly don’t think you need to. They add superfoods to their tasty selection of treats to give an enhanced nutritional profile while making them taste unbelievably good. Everything is made by hand and packaged in the UK, using globally sourced ingredients and the highest quality organic dark chocolate. Try it for yourself in their Old Street pop up launching on Monday.

Mallow & Marsh would like to introduce you to a whole new world of irresistible marshmallows. Mallow & Marsh was launched off £250 and no sleep and has kept up that approach ever since. They spend hours perfecting and experimenting with their recipes in order to create awesome marshmellowy delights.

At their 4 week pop up in Old Street Station, gift boxes can be gift wrapped and bespoke flavours will be available. They’ll also be sampling ways to eat and cook with the marshmallows and generally brightening up the station for the whole of December.

The Little Yellow Door is the latest themed cocktail bar to open in Notting Hill. Everything from the menus to the decor is themed around a fictional flatshare. There are some very nice touches - including regular visitors receiving their own key, to guests who show up with their own quirky bottle of drink being presented with their own personalised mug, which will be filled up free of charge every time they visit!

Menswear designer Christopher Shannon has teamed up with Louise Gray, Lulu and Co, Martine Rose, LF Markey and Lou Dalton to launch a boutique on Paul Street. They will be selling a range of exclusive products, current styles and archive pieces for men and women. This is your chance to get your hands on items from these key London designers which aren't available anywhere else. There will definitely be some bargains to be had!

Crosstown is a new artisan bakery concept based London that focuses on producing fresh gourmet doughnuts. The Crosstown ethos is focused on producing satisfying doughnuts that utilises the best local and international ingredients. Crosstown doughnuts are all handmade fresh every morning using a unique dough recipe, with all jams, compotes, glazes, fillings and toppings made in house by the team of skilled artisan bakers. Despite only launching in May 2014, Crosstown Doughnuts are available seven days a week at a host of cafe’s, restaurants and deli's throughout London, including Selfridges and from Monday 24th November Piccadilly Circus Station! 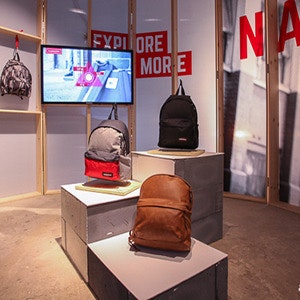