This week: From fashion to food, what the big ’uns can learn from small businesses.

Let’s start with some stats. In the U.S., retail sales jumped nearly 18% in May – over double of what analysts originally projected. June 15 saw footfall up 50% across England’s high streets. 400 shoppers waited outside Nike’s Oxford Circus flagship, because… sneakers.

• While big brands need that churn, some independent businesses see their smallness as an advantage. “There’s a level of trust with the size of the store, which makes it feel like a safe environment to be in. Footfall on Chiltern Street is low anyway. We’re not Primark. We only need a couple of customers per day to have a good day in normal times,” Mats Klingberg, founder of Trunk, told The Financial Times.

• Vogue Business reported that luxury boutiques in London’s West End, who rely heavily on tourists, may have to woo local customers by upping their loyalty games – with offerings like “24/7 virtual consultations or line-cutting.”

• “Yes, I probably would change my shopping habits, I would probably shop in more independents,” a shopping centre patron told Forbes, in response to a query on the impending recession. This shrewd shopper is not alone. The majority of Generations X, Y, and Z are committed to buying locally for the long haul.

“It’s time to start thinking like an indie,” said retail analyst Andrew Busby, who also noted that one of the wider pandemic-spurred trends is that “shopping locally became a thing.” It’s a winding road ahead, but signs are pointing to a long-term shift in shoppers prioritising neighbourhood “mom-and-pop” retailers.

It has been an agonising wait for hospitality operators to reopen, and their patrons are counting the days. In a testament to their role as spaces to satisfy our appetites for quality imbibes and vibes, visiting cafés and coffee shops are among the top three activities that Brits miss the most – and that’s according to a month-old survey.

• ‘New York’s New Bar Stool: The Sidewalk,’ ran a headline in The New York Times. In a city where takeaway drinks used to be illegal, plenty of patrons have been “perching on fire hydrants” or going on “walktail” strolls. Eateries are expected to reopen for limited indoor and outdoor dining in early July, but that hasn’t stopped some establishments from already setting up shop on the pavement.

• JP Then, the prescient founder of Crosstown Doughnuts, launched the ‘Anti-Deliveroo’ platform Slerp before the pandemic hit. Its popularity has accelerated in recent months, particularly amongst independents – who have been vocal about feeling gouged over delivery fees from apps like Uber Eats, which favour the volumes generated by chains.

• In an Eater piece so incisive we’re devoting two paragraphs to it – food writer Jonathan Nunn argued against equating the genuine social worth of community kitchens with the giants of the industry. “Are London’s hubs of social interaction really chain restaurants and restaurants which price locals out?” he questioned.

Nunn’s reporting centered on South London’s Old Kent Road – which is lined with nearly 100 family-run restaurants. Their resilience is intrinsically linked with the locals they have always served: “It is telling that most of what the industry has pivoted to – takeaway models, becoming community hubs, selling items that supplement home cooking ­ – is precisely what these diaspora restaurants have been doing for years.”

With business models turned upside-down, independents are continuously adapting and adjusting – while some are wondering if the restaurant industry at large, rife with inequality, is worth saving in its pre-pandemic form?

Wider consumer behaviour appears to be moving towards a prioritisation of the local, and supporting socially responsible brands. With these traits embedded in an indie’s DNA, the future is theirs for the taking. 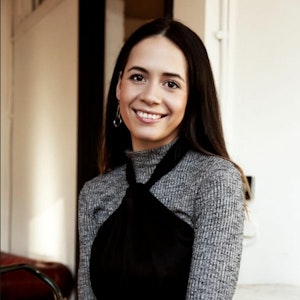 The Five at Five: The Nue Co

Jules Miller, the founder of The Nue Co, shares what's keeping her inspired 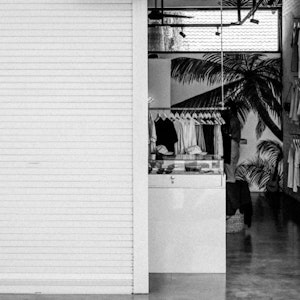 What will be the new rules of retail?

We discuss what to expect with three industry experts.