The Week Here: What the F is Phygital?

It’s been a week of magical thinking, starting with The President of The United States, who had this to say about the outbreak: “You call it a germ, you can call it a flu … you can call it many different names. I’m not sure anybody even knows what it is.”

“Life in the time of COVID-19 is about making magic out of beans,” said Cynthia Leung, a fashion publicist and founder of Native Agent.

The musical fruit itself has been enjoying skyrocketing sales, catching some smaller operators off-guard. “No one ever cares about beans at all. It’s just shocking. I used to be the loneliest man at the farmer’s market,” said Steve Sando, founder of heirloom bean supplier Rancho Gordo.

While images of crowded farmers markets have become symbols of blasé urbanity, these marketplaces are lifelines for small producers who do not operate within the ecosystem of the chains that dominate the market share of the UK food and grocery sector – which is expected to grow at an unprecedented rate of 7.1% this year. In the U.S., small farmers and ranchers across all states have also seen a dramatic rise in direct orders for home delivery.

With eateries from McDonald’s to Michelin-starred Umu sadly shuttered, wholesale suppliers have been left holding the veg. A new website, Dishpatch, serves as a directory of London’s independent F&B purveyors who have transitioned to delivery services ­– poised to meet the surge in demand during quarantine.

While you’re stress-baking sourdough, you may be wondering: apart from food, what else is recession-proof?

Reader, in no particular order: sex, your face, and CBD.

“We are craving tactility,” said trend forecaster Li Edelkoort. With the world’s biggest producer of condoms forced to shut down, it’s an opportunity for sexual wellness start-ups to reach wider audiences. Two-year-old brand Maude has seen returning customer revenue nearly double in the past week, with condom sales up 50% month-over-month.

And on the weed scene, demand is rising in states like California, where pot is legal and dispensaries have been deemed “essential businesses.” Colorado has also issued their first marijuana product delivery license. “There’s never been a better time to try cannabis,” said Miss Grass.

If we’re looking at past performance post-catastrophe, beauty sales rose after both 9/11 and the 2008 Financial Crisis. In the absence of experiential pop-ups, cult brands like Sunday Riley are staying connected with customers through daily InstaLive sessions.

Giving new meaning to a “captive audience,” these days, we are all surrendering to the screen time. “‘Phygital’ may be the worst word in modern advertising, and while it may not be the future, it almost certainly is the now,” said Rosh Singh, managing director of Unit9.

Time is a flat circle. “History anchors you in ways that modern commentary cannot,” wrote Web Smith, founder of 2PM. Ballasts against the storm: after the Black Plague came the Renaissance; after the Great Recession, U.S. entrepreneurial activity rose to the highest rate in 14 years.

More sagely, Vanessa Friedman, chief fashion critic for The New York Times wrote: “Shopping now is as much a moral as a consumer question. Where you spend your money matters. Before you buy, think: What is this about? It could be about helping save a generation of small designers and independent businesses.”

Words by Amy Tai who is a creative consultant and native New Yorker now based in London. 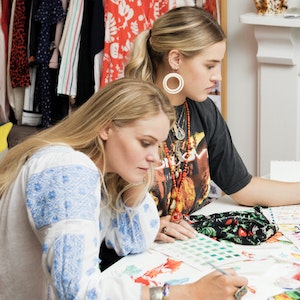 The Five at Five: Rixo 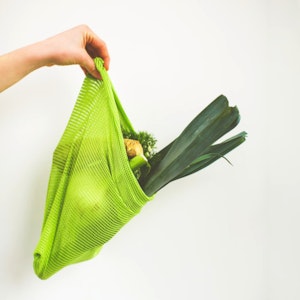 The Week Here: What the F is Phygital?