This week: Why physical spaces outside our homes and workplaces are essential.

“Do yourself a favour and go find a third place” reads a headline in The Atlantic published earlier this month. What is a third place, you ask? First coined by the sociologist Ray Oldenberg, the term refers to anywhere that’s separate from both home and the workplace — not quite leisure and not quite labour — that doesn’t cost a lot of money and where conversation flows. Your third place could be a café, a pub, a community garden, or a hair salon.

• The benefits of third places are many. Political scientist Robert Putnam explained in an interview with NPR how these physical spaces promote chance encounters and result in better relationships with neighbours, community organisations, and friends. His famous book Bowling Alone outlines how third places can act as community glue, making us more civically-minded (that is, more likely to bring chicken noodle soup to a neighbour in need) and politically engaged. “For almost 30 or 40 years it's been known those connections have powerful effects on just about, honestly, everything. The growth rate in your neighbourhood is higher. The quality of government is higher. Education turns out to be powerfully, positively affected,” says Putnam.

• The thing is, over the last 50 years, third places and the social glue they produce have been fewer and far between. TV, social media, and a more individualised work culture has caused a collective turn inward. Then came Covid. A 2021 survey found that in 2019, about two-thirds of Americans said they had a favourite local place they went to regularly. In 2022, that two-thirds has dropped to a little more than half. “Clearly, COVID-19’s arrival accelerated the problem – making small talk with strangers scaled back, because of infection risk, while some bars and restaurants became to-go establishments, discouraging loitering,” writes Allie Conti in The Atlantic.

• That lack of serendipity has taken a toll on our quality of life as well as the health of our democracies. While Quartz reports that businesses are opening more physical locations than before the pandemic, what’s not clear is how many of these spaces can deliver the kind of social spark that goes beyond the transactional. So where are the examples of spaces that promote creative and community interactions? Look no further than Round Table Books in Brixton. Founded by Aimée Felone in 2019, the bookshop organises family and children’s programming focused specifically on budding bookworms from communities underrepresented in literature. Recently, a series of authors gave talks and signings at the shop as part of the Deptford Literary Festival. In Brooklyn, a women’s organising group called the Broad Room makes space for femme-identifying community members who want to become more involved in local politics. The group is big on Instagram, but meeting in IRL spaces — for screenings and political training sessions — is what makes the magic happen.

Who knew that hanging out was a lost art? The older gents who play dominoes in the park know something we don’t: that spending time together, doing nothing, is good for the soul.

A conundrum: while political expression has increased thanks to social media, political engagement has comparatively lagged behind. A little bird told us it might have something to do with the fact that political chatter is happening more in digital spaces like Twitter dot com, rather than the town square.

• Of course, political activity online and in real life are not mutually exclusive, and often overlap. But when our most complex and deeply-held beliefs are being discussed in a forum with a 280 character limit? Well, that’s a tough one. A Pew Research study found that Americans on the furthest ends of the political spectrum are the most politically active, from voting to posting about politics on social media to donating to campaigns. Mix this all together and what do you get? A tendency to hunker down in your own digital echo chamber, without space for nuanced conversations or a difference in opinion.

• A third place could help with that, especially if that third place is an exhibit run by the National Misinformation Service. This week, the satirical art pop-up will launch with Appear Here, within a space that at first you might mistake for a pharmacy. Inside the medicine cabinets, you’ll find pill bottles filled with tweets and social media posts of misinformation. “Along with the Covid pandemic, we have been in an infodemic for the last 2 years, where an excessive amount of information about a problem that is typically unreliable, spreads rapidly and makes a solution more difficult to achieve,” explained the project’s founder, Emma Thompson. “The exhibition aims to show how misinformation acts like a virus and will teach strategies to combat misinformation's spread.” If you spend any time on the internet at all, that prescription is just what the doctor ordered.

• Ever heard the word ‘derivé’? In French it literally means ‘drifting,’ and it refers to wandering through a space without a direction in mind. A group of social revolutionaries living in Paris in the 1950s latched onto the idea because they saw it as a strategy to renew relations between people and the spaces around them. They believed derivé had psychological, political, and artistic implications. Anyone can engage with psychogeography — the practice of exploring the soul of a place through walking. The surrealists would even create participatory experiments focused on aimless roaming. Now, you can too.

So, plans for this weekend? If they’re still shaping up, might we humbly suggest: tucking that phone away, getting to know a few new faces and places, and wandering into the sublime bliss of getting lost. 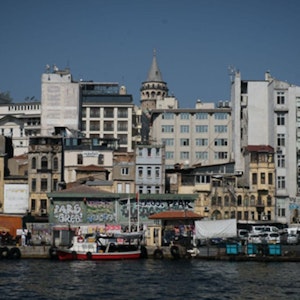 Neighbourhood guides: Live like a local in Karaköy, Istanbul

Karaköy is one of Istanbul’s most historic neighbourhoods. Here are our favourite spots. 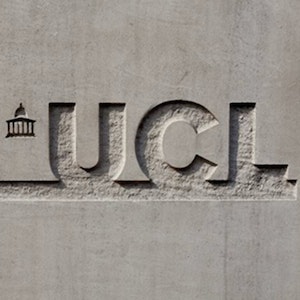 Your Retail FYP, by UCL