What were you up to last Monday afternoon?

Probably trying to refresh your social feeds, wondering why your internet connection is so shitty.

• The six-hour outage of tech trifecta WhatsApp, Instagram, and parent company Facebook came just before some pretty damning whistleblower testimony in Washington. (Instagram for kids, really?). And it’s not just Mark’s wallet that’s feeling the consequences. There are tens of millions of (mostly small) businesses that advertise on FB’s platforms, and some saw sales drop up to 70% during the outage. “If public dissatisfaction with Instagram spreads, brands may get swept up in the fallout,” reported The Business of Fashion.

• Bad timing for marketers, too. October is a “very high-volume month for brand sponsorships” on Insta, according to Mae Karwowski, founder of influencer marketing firm Obviously. (In what would make for some fascinating anthropology thesis fodder, 54% of Americans aged 13-38 would be a social-media influencer. But we’ll stay in our news digest lane).

• Seventeen years after its founding, it’s nigh on impossible to imagine a world without FB. “Our Instagram, and Facebook, is a huge component to our overall business strategy, whether it’s directing [people] to our product pages… social promotions or just establishing a relationship,” said Lauren Ryan, brand manager at Blume. “[Facebook] and [Instagram] are the go-to… irrespective of what’s happening in the news and that’s simply because they have the highest share of data and metrics available than most other platforms,” said Aaron Edwards, CE of the Charles Agency.

Still, the Great ‘Gram Blackout of 2021 has reminded many businesses to examine their reliance on the social media giant. “Facebook’s outage highlighted the dependence much of the world has developed on its social media products, and put the spotlight on its global power,” observed The Guardian.

In an unabashed display of schadenfreude, Twitter gleefully greeted the world. (They might have something to crow about, though. Those 140-character ads will cost you more than on FB, but engagement rates on Dorsey’s platform are higher).

Retailers are rethinking their marketplace and marketing playbooks. So, what are the alternatives?

• “Facebook announced that it would ban the sale of parts of the Amazon rainforest on its Marketplace,” noted Harper’s. When you’re a DTC brand pushing an ethical ethos, digital marketplaces are another terrain for non-tech-giant exploration. Canal is a new B2B platform that presents a ”curated network” of other DTC brands. “Between Instagram and Facebook and all the marketplaces that have popped up, brands are eyeing new distribution channels,” reported Retail Brew. It joins the likes of other marketplaces like The Fascination, Rize, and Curated Crowd. Expect to see DTC businesses buddying up with each other for the holidays, with Aishwarya Iyer, founder of olive oil purveyor Brightland, among those “working on a number of co-branded partnerships with beloved brands”.

• In terms of ad spend, there’s also that iOS14 update – enabling users to easily opt-out of ad tracking on apps – to consider. Businesses like Three Ships Beauty have seen a direct hit to their Facebook performance and are diverting those ad dollars towards other marketing channels like affiliates and YouTube. “Until we…start seeing an improvement in our metrics, we just don’t see a point in competing with massive brands when we aren’t seeing quality traffic coming from paid spend,” co-founder Connie Lo told Modern Retail.

• Some brands are pursuing more decidedly non-digital routes: Telfar is launching a TV channel, plenty of DTCs are publishing catalogues and marketing via snail mail, which can be more cost-effective than digital these days. “Catalogs allow retailers to take the consumer through their brand in a way they may not otherwise be able to experience online,” noted Retail Dive. “Being able to show something in a space can provide a better feel for the consumer when they’re missing that tactile experience,” said Lauren Bitar, head of insights at RetailNext. Mate Bike, which launched with Appear Here last year, found that even with a lot of eyes online, they couldn’t make those sales without test rides. "People wanted to touch and feel the bike… and they weren't able to. We got a lot of traffic on the website but in terms of converting that traffic, the numbers didn't add up."

Will we see a wider return to analogue marketing in search of that missing tactile experience? The original ad space: The market stall. The shop window.

The very nature of digital is that it’s fleeting. A stat that has stayed with us since last year? How the closure of a brand’s brick-and-mortar stores made it harder for us to remember their names.

It takes seven impressions to make something stick. What creates lingering memories? Just one touch. 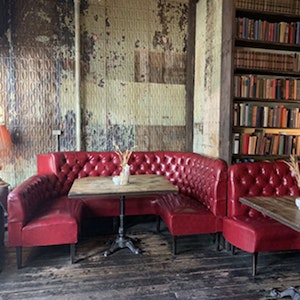 Neighbourhood guides: Live like a local in Greenpoint, Brooklyn

Known for its vibrant art and fashion scene with a sustainable stance on style. Expect to find hidden gems around every corner. 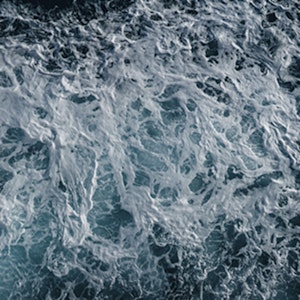 Shipping bottlenecks, no fuel, and worker shortages, oh my!