This week: From grocery to beauty – how personalisation might be the key to both adapting and launching in the time of COVID, and beyond.

The way we grocery shop has changed. First, there was the panic-buying of non-perishables and pasta. Then, we sought comfort in nostalgic treats of innocent times past (I’m looking at you, Crispix), before turning to tend our own micro-kingdoms of sourdough starters and kombucha scobys. “The six-month shift has been a behavioral scientist’s dream,” reported The New York Times.

So what are we seeking now?

• In his new book, “The Secret Life of Groceries,” Benjamin Lorr even asserts that grocery shopping has become a form of self-expression. Take travelling grocery store Pop Up Grocer, opening today (with yours truly) in Brooklyn – who inspires such fervent devotion that one fan coined them “the Supreme of grocery stores.” Cheerfully showcasing hundreds of innovative products (adaptogenic herbs! patriarchy-smashing cereal!) that any sane person would want to identify with, they’re 80% plant-based and 100% clean.

• Food retail is getting reeaaal personal. “There is a new wave of food companies (and influencers) who are building their business around wanting you to know who they are, where they come from, and what they are about. They want to know the same about you,” wrote brand strategist Ana Andjelic in her latest newsletter.

• In the $682 billion world of American supermarkets, it’s Goliath vs. Goliath. Big-box retailer Walmart – the country’s largest employer – is looking to sharpen its edge against Amazon. The strategy? Groceries… and TikTok, with the company planning a multibillion-dollar investment in the video app. “The future of retail is community engagement where users are creating content. Walmart is taking a very proactive stance,” said analyst Oliver Chen.

Call us cynical, but “user-created content” is about as overused a catchphrase as “growth hacking”. Walmart has got it right though: follow the youth, for they are the future.

About those Goliaths? There are some fresh Davids in town. Rather than manufacturing community, they’re building entire brands based on feedback. A step further than personalisation, we’re calling it: conversational retail.

• Forbes reported on a bevy of new brands taking their product to market during the pandemic. Gardening platform Neverland was actually inspired by it – conceived as a response to the surge in demand from cooped-up city-dwellers. “We saw firsthand… the lack of education that engages the consumer after purchase,” said co-founder Hayley Leibson. For those with a not-so-green thumb, their app sends chatty reminders and offers a “direct messaging line” for any herb emergencies.

• Topicals is one of the latest brands to burst onto the inclusive beauty scene. Co-founded by a pair of Gen Z powerhouses, Olamide Olowe and Claudia Teng, they launched in August and sold out in days. “The brand is not only transforming the taboo around imperfect skin, but it’s creating a community around authentic skincare conversations, too,” noted Paper. Where do they like to talk? Twitter. “Claudia and I were surprised that a lot of beauty brands ignore [it],’” said Olowe. Not only did it prove to be an introductory vehicle to investors, it’s also how they educated followers on the chronic skin conditions they created their products for.

• There’s another Glossier alum getting in the game. Former COO Henry Davis – along with co-founder Ariel Wengroff – is launching HIKI: a DTC line of personal-care products and the first brand to emerge from their incubator arfa Collective, which is all about radical collaboration. “Created, tested and developed by and for people courageous enough to tell us about their butt sweat,” states their website. 5% of profits will go to those same individuals. “We believe there is going to be a revolution between customers and brands and how they communicate with one another,” Davis told Glossy.

But will it be a revolution in the sense of a sudden change? Or a rotation back to a starting point? Since the dawn of time, humans have spun stories – passed down in oral traditions, the first and still most widespread mode of communication.

1-to-many is maybe one too many. It takes two to talk. 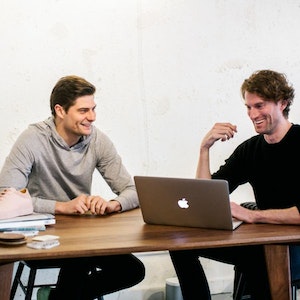 The Five at Five: Koio 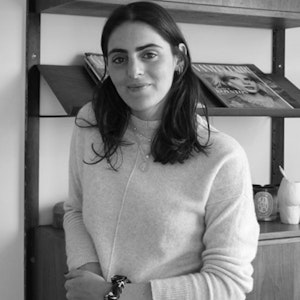 The Five at Five: Kimaï