This week: The past, present, and future of women’s power.

Don’t call it a herstory lesson (no really, please don’t) but Women’s History Month is actually a relatively recent thing.

At first, it was just Women’s History Week: an annual celebration in several California school districts in the 1970s designed to highlight the unsung heroes textbooks dismissed as the wives or mothers of more noteworthy Great Men of History™. Before that, it was just one day: International Women’s Day, first observed in 1909 by women in New York City organising within the Socialist Party of America.

As always, women had to play the long game – nearly 100 years – to push for meaningful women-centric programming, and with it the recognition they deserved. Sound familiar?

• There’s no one way to celebrate Women’s History Month – but in our line of work, it means listening to femme-identifying founders and allocating resources where they need them. A 2021 Bloomberg report found that women startup founders are raising less than 2% of VC funding, the smallest share since 2016. The report also found that women entrepreneurs have a better shot at raising money if simply bring a man into the pitch room with them. “The challenges that women founders face still exist and they’re very pervasive,” said Khalia Ismain, the founder of Jamii. “Women will justify [funding] all the way down to the penny, where men will overinflate the numbers.”

• What’s more, all the pink merch in the world can’t make light of the fact that women are leaving the workforce in droves. The pandemic was a stark reminder that our basic systems don’t support women in the ways that matter most. Women suffered the majority of pandemic-related job losses, according to a 2021 report from the National Women’s Law Center.

• Workplace cultures are still lagging to evolve. In the restaurant industry, one of the sectors hardest hit by the pandemic, women workers still experience rampant workplace harassment and are more likely to be funneled into lower paying jobs. For context, just 83% of chefs in the UK are men. “Every female chef I’ve spoken to has had some sort of abuse, had to endure something that’s not necessary, or been told they can’t be who they are as a woman,” Taylor Sessegnon-Shakespeare, head pastry chef at Tavolino, told Eater London.

Remember when IWD really popped off in 2017? When proclamations of women’s empowerment could be found on every t-shirt, bank card, and branding campaign? Lest we forget, the moment rode in on a tidal wave of women’s rage. In 2022, it may have transformed into an exhausted simmer, but the problems remain.

The term became shorthand for a certain type of corporate feminism circa 2016 onward. It refers to a powerful woman, often an entrepreneur, who thrives within traditional power dynamics in spite of but also because of her progressive image. But as story after story shattered the illusion of girl-powered capitalism, people started to see the same toxic hustle-culture of male-dominated startups recreated.

• The girlboss era has faded because its promise was a flimsy one: that women’s empowerment was nothing more than the ability to climb to the top of the company ladder. Some women were never included in the sparkling vision to begin with. Black women’s representation in owning small businesses has increased 50% since 2014, according to the American Express 2019 report on the state of women-owned businesses, especially in haircare and apparel retail, but their stories are only beginning to be covered.

• If the problem with girlboss-ism was its overemphasis on individual accomplishments, the antidote can be found in community. Sisterhood, a social enterprise co-founded by Rachita Saraogi and Rebecca Thomson, creates spaces for young girls to participate in design and storytelling programmes. “In creative industries, there’s a real drop-off of women and girls, and we knew that design and creativity were such an unlock in building confidence,” explained Saraogi.

• Maïna Cissé, the founder of the UK brand Underargument, explained the importance of designing her business with inclusivity in mind: “I recently attended an event where an iconic brand explained how they embrace the ‘diversity trend.’ This mentality is a real issue.” Instead, Cissé tries to build inclusive practices behind her brand through her anti-casting project, which puts women’s experiences at the center of her brand, rather than what they look like. She added, “Diversity is crucial, it has to be a focus, but it can so easily fall into tokenism. I want to avoid this at all costs.”

Go on, make the founding femmes of International Women’s Day proud. Fund women’s projects. Create space for women’s stories. Do your part, big and small, to invite new voices into the room. And whatever you do, don’t do this. 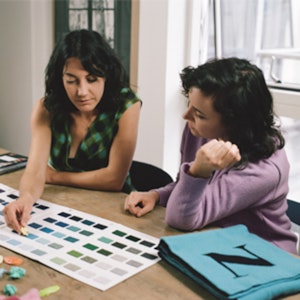 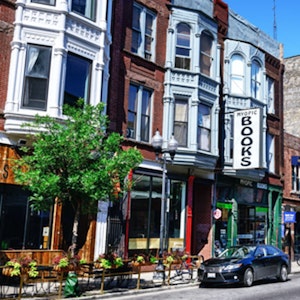 Neighbourhood guides: Live like a local in Wicker Park, Chicago

As one of Chicago’s trendiest and most creative epicentres, Wicker Park is where you head if you’re looking for one-of-a-kind experiences.