Support Small Businesses in the Underground

This weekend marks the second annual Small Business Saturday. The campaign launched in the UK in 2013 to help raise awareness for small business success and to encourage people to ‘shop local.’

At Appear Here we are big believers in the value that small businesses bring to our communities and their importance in adding some much needed variety and local flavour to our high streets. So this December, we are working with TfL to support and promote the small businesses appearing in our spaces in the Underground. 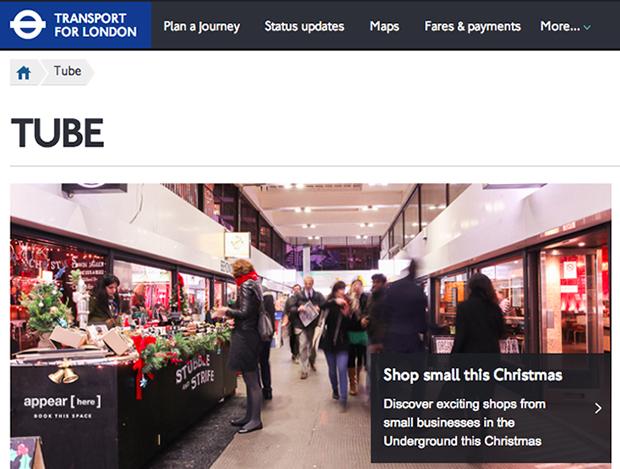 In April 2014, we partnered with TfL to reinvent retail in the Underground. We weren’t interested in bringing in the big retail chains normally found in transport hubs. Instead, we wanted to help young, dynamic companies launch in these high profile destinations. We wanted to see the Underground filled with new and innovative ideas from passionate businesses.

In the last 200 days, 60 of the 75 businesses who’ve appeared in Old Street Station have been start ups. They’ve used the spaces, to boost their exposure, test their products, and engage a new community. The station has acted as launch pad for these businesses and several of them have gone on to launch permanent stores in TfL’s network, or elsewhere in London. 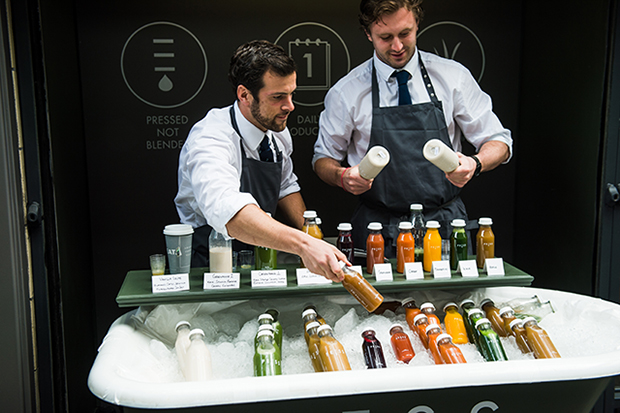 Some of the success stories have included PRESS London, the Californian-derived pressed juice bar. The founder Ed Foy commented:

“When we first launched PRESS London, we wanted to prove our concept worked before scaling up. We used Appear Here to book a space in Old Street Station. The best part was selling out within two hours of opening. Following the pop up's success we opened a permanent Soho store, and are now opening a full counter in Selfridges, plus two more locations in the New Year, including another underground station.” 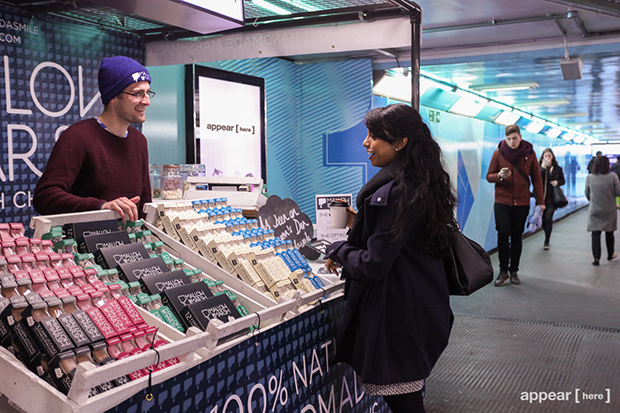 Another success story comes from Mallow and Marsh who were one of the first pop up retailers at Old Street, and have returned to the station for the month of December. Harriot Pleydell-Bouverie, Founder of Mallow and Marsh, explains:

“The Old Street Station pop up has been a fantastic experience. In April it gave us the chance to have a physical presence, so customers could come and see us, sample the product and meet the people behind the brand. We had such great feedback that we chose to come back for Christmas so that we could offer a bespoke, straight to customer service and have a location where all our products could be sold in one place. So far, it has been incredibly rewarding, with loyal customers getting very excited by our return. It has been a great boost for the brand and significantly helped us to understand the needs and wants of our customers.”

By visiting the TfL Website you will be able to find some of the brilliant small businesses you can shop this Christmas on the Underground. From stalls selling gourmet doughnuts, to shops selling retro Christmas jumpers, support these businesses by stopping by to shop this December. 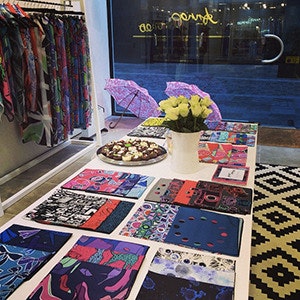 Top of the Pops - 5th Decemeber 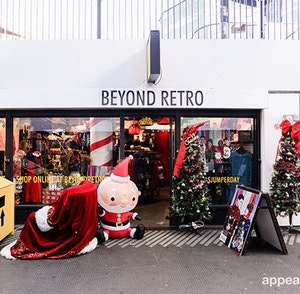