This week: Cocktail pop-ups, icy innovations, and other drinkable trends.

It’s the best time of year, when the weather is turning and the promise of summer is just within reach. After being hit hard by the stop-and-start of Covid restrictions, bars are capitalising on the anticipatory seasonal buzz, trying out nimbler business models of guest takeovers and pop-ups.

• Early in 2022, Shoreditch cocktail spot Swift announced the Swift Takeover Tour, a rotating cast of internationally renowned bartenders from Paris to Hamburg, who brought their signature cocktails to a London locale for a limited run. In Brooklyn’s Fort Greene neighbourhood, Rhodora Wine Bar said, you do the food, we’ll bring the wine to several stand-out chefs in New York, opting for a more complimentary takeover model of pairing novelty cooking with their expert selection of natural wines. Courier Magazine reports on how the business of bar takeovers has gained traction in recent years: “People are after more memorable experiences, leading to more elaborate bar programs, multi-bar takeovers and more immersive experiences.”

• Like Birkenstock sandals and the yearly revival of the term hot girl summer, novelty drinks are still going strong. After a nostalgic comeback during 2021, when mentions of the espresso martini surged 300%, the ubiquitous caffeinated cocktail is back like it’s 1983. There are even espresso martini festivals now, which are touring more than Harry Styles after an album release, appearing in both New York and Miami during the last week alone. Coffee aficionados might also want to try Kraken Rum, a new coffee-roasted spiced rum that launched at Appear Here’s Greek Street space in London this week, featuring rum-tini decorated with highly impressive latte art. Oh, and have you tried the Dirty Shirley yet? Your inner child just high-fived your adult self.

• Another shift in what we like to imbibe? Seltzer, seltzer, seltzer. What first started as a more health-conscious alternative to sugary fizzy drinks has now evolved into a league of its own, and that’s especially true in the spirits world. From hard seltzers like Whiteclaw, High Noon, and Topo Chico, to CBD seltzer like Recess and DRAM, the specialty seltzer boom shows no signs of fizzling out, reports Yahoo Finance. What’s more, the ready-to-drink cocktail category (as in, those portable single-serve mixed drink cans we loved during the Covid-era) is expected to keep momentum this summer as well. “When restaurants and bars shuttered in March 2020, consumers brought on-premise cocktail culture home,” a BevAlc insights report found. That resulted in an uptick in purchases of cocktail ingredients like bitters and simple syrup, but also showed the enduring popularity of pre-made canned cocktails – because we can’t all be bothered to be mixologists after a long day of work.

Booze-free bevs have changed the game for non-drinkers (as well as cocktail connoisseurs who want a night off the sauce). It’s high time there were options for delicious drinks that didn’t involve a hangover and a £15 credit card charge. Enter: the non-alcoholic revolution.

“A growing consumer preference for modern alcohol-free drinks has been rumbling for ages” Sarah Drumm writes for Thingtesting. “Add to that the growing contingent of ‘sober curious’ drinkers and it's clear that a more conscious intake of alcohol is here to stay.”

• You may have noticed more non-alcoholic options on restaurant and bar menus as of late. Ghia, Decem, and Quarter are just a few of the leading drink brands that are making zero-proof drinks cool. In Atlanta, an alcohol-free bottle shop by the name of Zilch Market hosted a pop-up at the trendy Chrome Yellow Coffee Shop to pique the interest of coffee-drinkers with sober curious inclinations. “I’ve always loved the creativity behind crafting a cocktail and the routine of a nightcap,” Zilch Market’s sober bartender Lissa Eubanks told Eater Atlanta. “But when I cut out alcohol, the lack of options at most places in Atlanta was stark and honestly surprising.”

• Drink-adjacent innovations are also making the art of drinking less alcohol dependent. Take Plink!, a product that allows you to add delicious flavouring to plain water for maximum treat-value and minimal waste. Then there’s Waterdrop, flavoured effervescent cubes that help you stay hydrated, while ditching unnecessary plastic packaging on your pursuits for refreshment. Waterdrop launched a physical shop with Appear Here at London Bridge earlier this month to showcase their beautifully packaged product to on-the-go commuters in need of hydration and convenience. Not least, ice cube art. Take it from Leslie Kirchhoff, an LA-based DJ, photographer, and the founder of Disco Cubes: you might not have known you needed to try a drink with a spherical ice cube in it, but you’d be missing out on sipping a drink that could belong in a museum.

• As the drink world becomes ever more expansive with more options for both drinkers and non-drinkers alike, you may become struck with choice fatigue – that overwhelming feeling of trying to figure out what purchase is the best option for your health, your wallet, and for the environment. That’s especially true when it comes to the variety of sweeteners infused in drinks today. Is cane sugar better than stevia? What about simple syrup or that half-pump of vanilla I like in my Starbucks latte? This week, the British Soft Drinks Association hosted an event all about the ins and outs of sweeteners and your health. The event took place at Appear Here’s Modern Kitchen space in Shoreditch, featuring a panel talk of mixologists, a visual exhibition on sweetness and human evolution, as well as practical tips for thinking about making balanced, healthy choices.

A toast from us to you: to a summer of revelry, good health, and the pursuit of finding balance between the two. 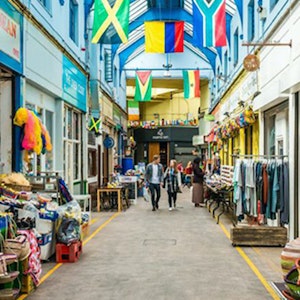 Neighbourhood guides: Live like a local in Brixton, London

Situated smack bang in the centre of South London, Brixton is a melting pot of cultures. 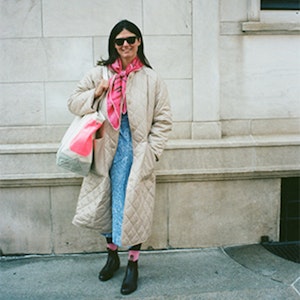 The Five at Five: Edith Young