Last week, Girlswillbeboys celebrated its 2 year anniversary of OMG She’s Bald with a screening of the project in one of our London spaces.

OMG She’s Bald is a short film exploring modern ideas of femininity through women who have shaved their heads. Premiered by DAZED, the film has amassed nearly 200k views and has inspired hundreds of women around the world to shave their heads.

Char Ellesse, founder of Girlswillbeboys, created the platform to pass the mic on shared stories which blur the lines between gender roles. She directed and produced OMG She’s Bald in 2017 to explore the response to four individuals who have shaved their heads. The women discuss how losing their locks made them feel sexually empowered, while others say it’s made strangers question their spirituality and religion.

“It's time for us to reclaim our independence, sexuality and power, and be completely unapologetic whilst doing so.”
Char Ellesse, Founder Girlswillbeboys

The event featured a screening of the film, Q&A between Africa Brooke and Char and a barber shop open chair installation in which guests had the opportunity to shave their heads. We believe in the importance of sharing ideas that challenge stereotypes and encourage creativity an inclusive environment where people feel they belong.

“Ladies, you can shave your head without hesitation, guilt or explanation”
Char Ellesse, Founder Girlswillbeboys 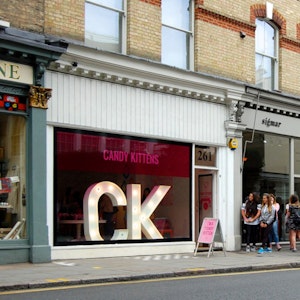 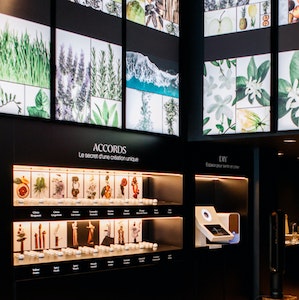 We speak to founder Álvaro Suárez about revolutionising scent sales