This week: On the long road to “normality”, all signs point to IRL, even for the techiest of tech giants.

E-commerce brands are behind a rise in retail openings in the U.S., with many “racing to grab IRL space” per Retail Brew. And even the most digital of digital natives are joining the fray.

• In just a few weeks’ time, Bumble will open a café and wine bar in NYC’s Nolita neighbourhood. They’re calling it (drum roll please): Bumble Brew. The colour scheme? On-brand yellow, of course. “Despite the popularity of online interaction during the pandemic… the company perceives an uptick in real-life interaction,” reported Bloomberg. We love us some socialising, although the company’s descriptions of “a safe space for healthy and equitable relationships” and “programming hub” could strike some as a tad overwrought. “For now… it will function as what is colloquially known as ‘a restaurant’,” wrote Rachel Sugar, somewhat snarkily, in New York magazine.

• Google also chose NYC as the location for their first storefront, which takes up an entire city block. “This space is designed to be a physical expression of what Google stands for,” said Ivy Ross, VP of hardware design, UX and research. It’s all about immersive experiences, with areas mimicking rooms in a house kitted out with Nest hardware, a “sandbox” zone for testing products, and a Google Translate booth with giant LED screens. Sandboxing, indeed. “If anything… [Google’s] foray into retail will serve as a testing ground for garnering valuable customer insights and building them into upcoming products,” noted Surface.

• Something Amazon isn’t dominating? Physical retail. With those sales falling 15% in Q1, the behemoth has shut down several of their Amazon Go locations in the States. Could it have something to do with people confused about why the world needs Amazon’s Go, Go Grocery, Fresh, Books, and 4-Star stores? “You’re throwing a lot of stuff against the wall and it’s not sticking. That’s what all this is telling me,” said Sucharita Kodali, an e-commerce analyst for Forrester, about the array of concepts.

Lessons to be learned? Unlimited resources and the long arm of data don’t necessarily equal long-term retail success. But when you’re mainly in the business of collecting user information – do you really care?

So now that we’re caught up on the in-person moves of Big Tech, what else is making waves? Let’s take a (retail) dive.

• Venture investment activity is at a record high, but the focus has shifted away from brands and towards retail service start-ups. “The DTC backlash has begun,” wrote Web Smith in 2PM. Is the mirage that is digital-only beginning to fade? “Online, image is a brand’s best tool and core asset. The goal is to sustain the illusion of success,” wrote Kyle Chayka in The New Yorker. “This model doesn’t always hold up once a lackluster product reaches the consumer. DTC brands frequently lack brick-and-mortar retail outlets and even customer-service phone numbers”.

• There’s fashion, and there’s food, and then there’s fashion plus food. “After a year that forced customers to shop online, [fashion retailers] see hospitality as a comeback play,” reported Vogue Business. When Browns opened a new London flagship a few months ago, it also launched its first branded restaurant – which has accounted for drawing a third of visitors to the store. With digital sales dropping (for non-food and food businesses alike), Pasta Evangelists – which delivers fresh pasta, and started online – decided to open a restaurant in Harrods’s Dining Hall.

• Co-working spaces are a multi-billion pound business, and growth is still in the forecast. But what comes after WeWork? After their spectacular implosion, there are plenty of challengers emerging on the scene, particularly when it comes to Work Near Home options. (Even Corona – yes, the beer label – is opening the unfortunately named Casa Corona, a co-working spot in Japan). Alma, a members’ club and co-working space in Stockholm, positions itself as the anti-WeWork in that they “cultivate a genuine sense of community”. With the timeline for a full-on return to office towers still uncertain, will we continue to see a rise in WNH spaces, and the attendant ecosystem of businesses catering to them?

So yeah, there’s A LOT happening in the wide world of retail. But what’s the overarching theme here? Tech making forays into physical retail, the importance of F&B in experiential, online brands going offline… no one’s reinventing the wheel. But it seems like no one is testing the waters anymore, they’re diving in head first.

We’ve been dreaming and scheming for so long about what the new normal will be. But is it that different to what things were like BC?

Maybe even more than before, we’ll gravitate towards businesses with a genuine purpose, fostering real community. 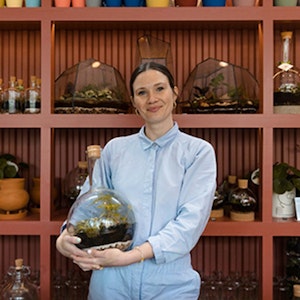 The Five at Five: Emma Sibley 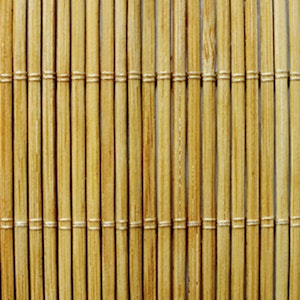 What it’s like to be an Asian in retail, during the time of Kung-Flu.