Neighbourhood guides: Live like a local in SoMa, San Francisco

Conde Nast Traveller once described San Francisco as “arguably the most cosmopolitan and bohemian city in America”. If that’s the case, then the city’s South of Market neighbourhood – A.K.A. SoMa – might just be one of the most intriguing areas that’s seen numerous transformations over the years.

What stands now is a world-class arts district anchored by SFMOMA and its neighbours – the Yerba Buena Centre for the Arts and the Contemporary Jewish Museum. Over the past twenty years the ‘hood has gone from a manufacturing district to the country's first officially designated Leather and LGBTQ Cultural District; from an industrial zone, with block after block of warehouses to the eclectic, artistic and fine foodie destination it is today.

Hog Island Oyster Co
If sustainably sourced seafood is your thing, then this spot should be top of your list. The Hog Island Oyster Co offers delicious dishes from its farm on Tomales Bay – it doesn’t get more local than that. Make sure you also pay close attention to the seafood-friendly cocktails.

Marlowe
San Francisco's residents certainly missed the Marlowe Burger – while the hip bistro was closed due to the pandemic. Sure, this eatery has a number of fine-dining entrees, but the burger is the star of its show. The beef patty is ground with a bit of lamb for added flavour and served on a toasted Acme bun with horseradish aioli, cheddar cheese, caramelised onions, bacon, and shredded lettuce. Not a meat-eater? No problem. SoMa has plenty to offer.

SFMOMA
The San Francisco Museum of Modern Art, or SFMOMA, was founded in 1935 by Grace McCann Morley. It originally occupied San Francisco's War Memorial building before settling in its SoMa location in 1995, making it the first major museum to initiate the SoMa art scene. You’ll discover incredible collections that span the 1500s through modern times. Note: you can regularly find special exhibitions featuring inspiring artists and innovators.

Les Gourmands Bakery
Dubbed as serving the best croissants in the city, Les Gourmands Bakery is run by Sylvain Chaillout, a fifth-generation baker who brought his parents with him from France in order to work in this family-run shop. Calling on the recipes of his grandfather and butter from Normandy to turn out croissants, brioche, baguettes, and more, this is the perfect morning pitstop.

Prelinger Library
Perhaps one of San Francisco’s best secrets, the Prelinger Library can be found housed on the second floor of a nondescript building in SoMa. Expect to find an idiosyncratic collection of image-rich historical ephemera, periodicals, maps, and books from the 19th-century to present. The space was founded back in 2004 by Megan and Rick Prelinger, and interestingly the library has no card catalogue or Dewey Decimal Classification – the stacks are arranged more like a stream of consciousness.

Sightglass Coffee
Brothers Jerad and Justin Morrison are perfectionists who oversee every detail that goes into a cup of their single-origin tiny-production coffee. With outposts in Los Angeles and San Fran, their 7th Street flagship space in SoMa comprises the brand’s production roastery, as well as a dynamic open coffee bar that acts as a community gathering space and company HQ all under a single roof.

Cellarmaker Brewing
When you fuse oversized industrial spaces and thirsty tech dudes looking for an after-hours tipple, breweries are bound to surface. And suffice it to say, SoMa has a few. Cellarmaker is a standout, small independent brewery that specialises in hopped-up IPAs, hazy pale ales, and coffee-spiced porters. FYI: its Howard Street location exclusively serves craft beer brewed in-house.

Dumpling Time
This dumpling den is lauded for its delectable doughy goods – which there are nearly infinite varieties of, it seems. The restaurant’s extensive menu of soup dumplings, gyoza, and colourful dessert buns is not to be missed. Diners are greeted by a glass dumpling room, where you get to witness chef Do Leung, who leads the made-to-order effort.

Darwin Cafe
The Darwin Cafe is a mighty but small location, boasting just three indoor tables, nine bar seats, and a parklet with a few tables outside. Although what it lacks in space, it makes up for with its kale salad. Yes, you heard us right: this garlic-infused organic olive oil, parmesan, and crispy prosciutto nearly sparked a riot when the head chef, Dave Vogler, attempted to remove the dish from the menu. You’ll also find creamy cappuccinos and bountiful baguettes. 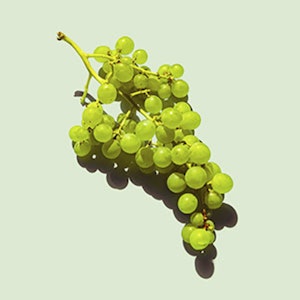 Reimaging society’s relationship with the elderly. 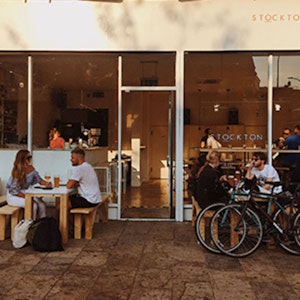 Neighbourhood guides: Live like a local in Deptford, London

Although it’s been forever labelled one of London’s most up-and-coming neighbourhoods, it has seen a transformation in the last few years.