Karma Cola co-founder Simon Coley discusses the challenges of growing a global business that is good for the planet and the people.

Every minute, more than a million colas are consumed around the world. But not a single penny of the profits go back to the people who originally grew the cola nut. In 2010, Karma Cola set out to change that.

Armed with a bag of cola nuts sent to them by their friends in Boma, a small village in the Gola Rainforest in Sierra Leone, Simon Coley and his partners, brothers Chris and Matthew Morrison, started out on their journey to take on the giants of the beverage industry. They wanted to do this by doing good, as well as doing good business. It was going to be quite a challenge.

“We were united by a mission to have a positive impact on the world, beyond the agenda of the companies we worked for” says Simon. “We wanted to create something that would have more benefit than just selling the product.”

Karma Cola’s guiding principles are as such: honor the provenance of all the ingredients that go into making them in a transparent supply chain that supports everyone involved – especially the producers.

The product, which is now sold in 23 countries, has been named one of “The World’s Most Ethical Companies” by The Ethisphere institute two years in a row and named “The World’s Faired Trader” by The Fairtrade Foundation. As another sign of their success, Karma Cola have fans around the world with tattoos, instagram accounts, murals, speakers and flower pot cans dedicated to the brand.

But is this small and intense fan base really enough to help them take on the likes of Coca Cola? “We know it’s dangerous to poke the bear, but we’re here to provide an ethical alternative so that people have a choice” offers Simon. “What we really try to strive to do is create a product that tastes great because of the authenticity of the ingredients. We kind of felt that people were falling out of love with the big brands that were selling cola and that maybe this would be a chance for us to provide an alternative.”

Despite selling a similar product to their rivals, Karma Cola could not be more different as a business. “We wanted to create a product which had a virtuous circle and Karma came out of that” says Simon. “It’s the idea that your actions as a consumer could have a positive effect on producers – and knowing that would create more value to you as a person than just the cost of the goods. You need to create a direct connection between consumers and producers so that they feel a commitment to each other and desire to make a positive impact.”

For many, this direct connection is something that has been entirely lost since the dawn of mass production and globalisation. But thanks to brands like Karma Cola, we could be on the path to rediscovering it. “We understood that there was a growing group of conscious consumers who want to understand the impact that goes into everything” highlights Simon. “I believe every pound you spend is a vote for something you believe in. Ultimately, shoppers don’t know enough and they’re sleeping through that shopping experience.”

Similarly, Simon worries that if Karma Cola gets too big, the independents who have supported them from the beginning could lose faith in them. So again, another “healthy tension” presents itself between maintaining a small independent vibe and navigating growing sales.

“We want to be able to grow without losing our origins. We’re always sensitive to that” says Simon. “We claim we’re not a corporation because we have a different way of operating, but that said, we could do a lot more good if we sold more drinks.”

Of course, every business faces tough decisions when exporting products around the world - and to some extent, financial common sense has to come first in order to create a sustainable business. So how does an ethical brand tread such a line? “There’s a healthy tension between making good choices and good business choices” agrees Simon. “It’s always present. We need to make sure it’s in our margins. We need to work with like-minded stockists to navigate this. We need to accept that there’s some places that won’t work. But we’ll never be the brand with a 2Ltr plastic bottle at the end of the supermarket aisle.” 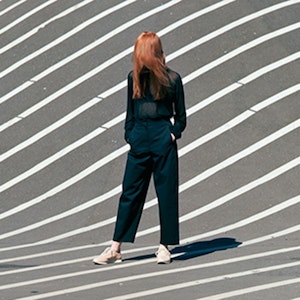 Why green fashion is going mainstream

Ethical practices are no longer just a nice-to-have in the fashion industry. Here’s why. 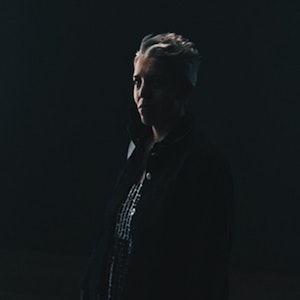 How we shop: the creatives who take ethical shopping seriously

Five creatives share with us what ethical shopping means to them – and why it matters.