Have you seen the instagram account Miserable Men? It captures miserable men having a miserable time in shopping centres. We tasked Adam Johnstone, the director of the immersive storytelling agency Reuben Feels, with solving this. So listen up centre managers, here’s how you can avoid appearing on this feed… 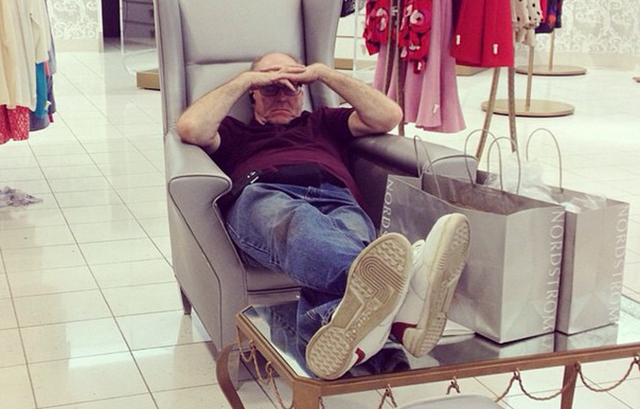 I'd create a nursery for middle-aged men that their shopping partners can leave them in. It would be staffed by a combination of bartenders and personal shoppers who know an awful lot about very specific subjects such as football, plumbing, and guitars, for that bloke-down-the-pub feel. These personal shoppers would source outfits from the rest of the shopping centre for the men based on the very simple requirements of the modern shopping man ("Trousers, brown, 34").

There will be some retail presence at the nursery, selling man essentials such as ties, underwear, work shirts, and chinos. It is very important that each of these retail units stock only one style, pattern, and colour of each item to remove the agony of having to make a choice. Each item will come with free digital watch so that the men can check the time every 87 seconds and mutter to themselves.

Instead of a playpen, a section of the nursery would be labelled the "Gadgets you don't need and can't afford but will play with all day anyway" section. This area will be staffed by actors specially trained to smile, nod and answer hundreds of questions about items they know the Miserable Man has no intention of ever buying, even pretending to believe the man when he says "The Wife" won't let him have one despite knowing he has no practical use for it. These will have to be classically trained actors.

There will be secret passageways from the playpen area to the changing area of various clothing stores so that Other Men will not see them entering to check if their families have found something they like yet.

The layout will be carefully designed so that the men are never more than 3 seconds away from having A Nice Cup Of Tea And A Sit Down, with emergency newspaper dispensers scattered nearby. On the weekend, the supplements will have already been removed and thrown away to save the Miserable Man time.

It's crucial to ensure that we always have actors stationed around pretending to be other Miserable Men so that the guests have someone to roll their eyes at when their partners / family come back.

Upon leaving, the size of every Man's shopping bags will be measured and he will be given a slightly larger, plain white bag to put them all in, so that other men will not be able to see where he's been and silently judge him as he loads everything into his car. 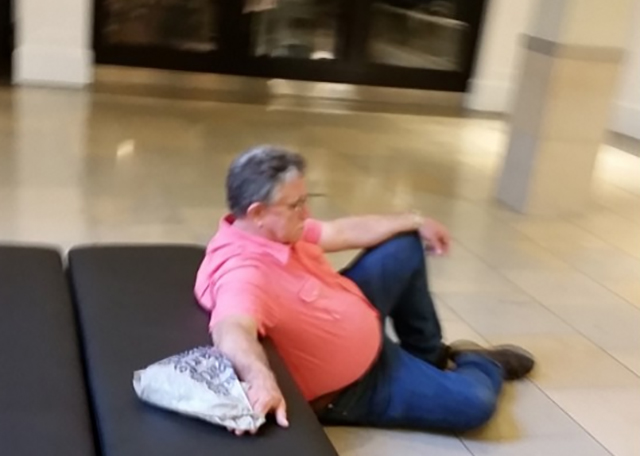