Traditional luxury destinations, such as central shopping streets or department stores, are struggling to attract new audiences. In response to this shift, luxury brands are expanding their horizons, trying to predict the next best neighbourhood and testing the waters with pop-ups. Keeping long-term goals in mind, flexible retail is the perfect way to experiment by targeting new markets and trying out emerging areas before settling in for good.

For luxury brands looking to step out of their comfort zones, location is key. This means forgoing the traditional luxury destinations and tapping into specific neighbourhoods where a new creative class gather. According to the Bain report, Generation Z and Millennials (i.e. Gen Y) will represent approximately 55% of the 2025 market and contribute 130% of market growth over the period. Instead of positioning a new space next to competitors, luxury brands are thinking cross-industry by setting up near lifestyle hubs, such as spin studios or galleries. This way, they garner attention and infiltrate the daily routines of a wider range of people who haven’t necessarily been introduced to the brand before. Founder of Appear Here, Ross Bailey, summarised this saying “random and interesting” wins. One success story that proves this point is Goop’s decision to launch in London’s lesser-known Westbourne Grove instead of a more central spot. Now a permanent space, it has become one of Goop’s best-performing stores.

Browns was another brand ready to take risks. Choosing grit over glitz, the fashion retailer decided to launch their pop-up in an abandoned supermarket in Berlin to build a presence in Germany. Browns felt that this spot would garner more interest amongst an audience that loves a DIY approach and ‘from the ground up’ narrative, in this case: a dilapidated building. Similarly, Gucci launched a pop-up ‘atelier’ in Harlem - a decision which threw a curveball in the fashion industry but proved hugely successful. Again, this demonstrated a huge opportunity for storytelling, as couturier Daniel Day, known as Dapper Dan, had been a silent partner to Gucci for years. Gucci went back to its roots to connect to uncover a new narrative for the brand.

Finally, the latest in this new wave retail comes from Tommy Hilfiger, who launched a pop-up in the creative area of Williamsburg, far from the high glam districts in Manhattan. Drawing inspiration from Andy Warhol’s Silver Factory, the brand pulled out all the stops by bringing in local artists, new music and a collaboration with Joe Coffee Company. All of these elements, tailored to the local area were chosen to resonate with a younger crowd. The story has already been picked up by Hypebeast, High Snobiety and WWD.

Creative pop-ups don’t demand long-term commitment, so luxury brands no longer have to restrict themselves to the same tired, traditional retail spots. Businesses are dabbling in the avant-garde, extending their influence and adding a sense of intrigue. Most importantly, they are abandoning preconceived ideas of where luxury should lay. 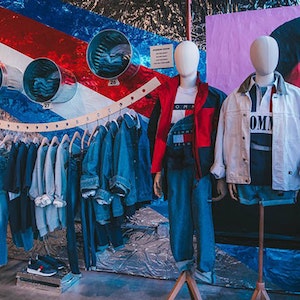 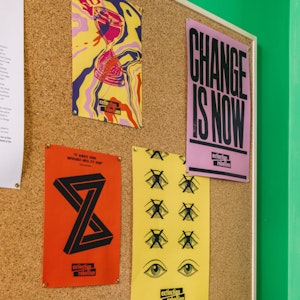 How to focus retail on a force for good

Learnings from the new Patagonia cafe & others