Gap launches a visionary denim pop-up for its 50th anniversary

Founded in San Francisco in 1969, Gap has become the go-to for high street staples, specialising in classic denim, white shirts, simple stripes and khaki, whilst promoting a ‘dress normal’ tagline. This September, they’re shaking up their style with the #GapDenimFutures pop-up; a new space that adds a youthful twist to an old favourite.

In collaboration with millennial bible i-D magazine, Gap decided to look beyond their historic stores to create a temporary alternative. Temporary stores have become the go-to marketing choice for major brands looking to reveal a new identity for a new audience, such as Sainsbury’s launching a meat-free butchers tapping into the rise in veganism. By choosing a pop-up for this landmark anniversary, the Gap team were free to experiment, run with big ideas and move away from the brand’s current perception on the high street.

In 1987, Gap opened its first international store in London and now boasts 1,600 retail locations around the world. The brand’s position is comfortable and omnipresent, but are people still paying attention? Spreading the word with a huge social media push, #GapDenimFutures campaign targets a young urban audience through fun photography and vibrant graphics. The new Soho space, which includes a series of one-off events, hopes to catch the eye of a new generation of shoppers.

In-store, famous styles from the 70's, 80's and 90's nod to the origin of the brand whilst new editions of some old favourites liven up the collection. For those wanting to update their own Gap pieces, the store will offer denim customisation services - all totally free. Encouraging an outfit refresh, experts will teach guests how to get creative with their denim, including tattooing, hemming, distressing, studs, patches, embroidery, and even lasering. For Gap, this new sustainability focus was a strategic decision to align with the values of today’s modern shopper. Something that any household name needs to consider to futureproof the business and attract new generations.

Alongside daily customisation, free ticketed events include: ‘The Future of Denim’ panel led by i-D magazine’s Editorial Director, an ‘Embroider Your Denim’ Workshop in collaboration with Selkie Patterns and spoken word performances. Representing an optimistic look to the future without forgetting the past, “this is only the beginning of what's to come,” says Gap's senior vice president and chief marketing officer, Alegra O’Hare.

Appearing from 1st-30th September at 52 Brewer Street, London W1F 9TQ
Book this space for your idea 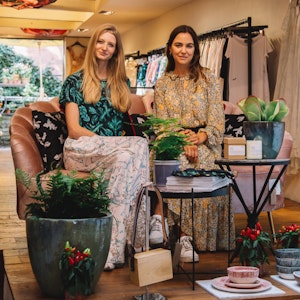 How to champion sustainability without compromising on quality 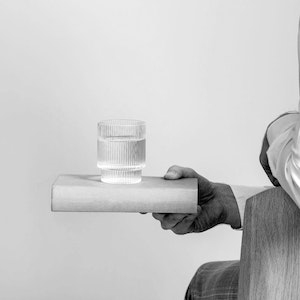