Drunk Elephant opens the House of Drunk to beauty fans

One of the world’s most in-demand skincare brands Drunk Elephant has launched its debut U.S. pop-up store. The House of Drunk opens this June 14th in New York and it’s the first chance for American acolytes to engage physically with the company doing “serious skincare that doesn't take itself too seriously”.

The House of Drunk had its first incarnations in London and Singapore and wowed visitors with its playful decor: a manifestation of the company’s dedication to clean skincare with a cheeky smile. The Crosby Street opening, in the heart of Manhattan’s SoHo, will have an acid trip-inspired theme: a whimsical nod to the acids – tartaric, lactic and citric, as opposed to psychedelic – used in products like the award-winning T.L.C. Framboos™ Glycolic Night Serum and T.L.C Sukari Babyfacial™.

As well as an interactive look at the company’s products, the pop-up celebrates the relaunch and reformulation of a Drunk Elephant hall of fame item: the Lala Retro™ Whipped Cream moisturizer. The new version – Lala Retro™ Whipped Cream with Ceramides – will come rocking an added plant ceramide complex which will defend user’s skin against those everyday stressors that wear it down.

Unlike the legions of millennial skincare brands trading on promises of all-natural formulation, Drunk Elephant is focused purely on biocompatibility: namely, how good an ingredient is for your skin and the unique way it’s composed. This means you’ll find no trace of what Founder Tiffany Masterson coins the "Suspicious 6” nasties in their products. These comprise essential oils, drying alcohols, silicones, chemical screens, fragrance/dyes and SLS (also known as sodium lauryl sulfate).

Of the pop-up, Tiffany Masterson says:

"I'm so excited to bring the House of Drunk to New York City where we have such a supportive community of fans. I wanted to introduce the recently updated Lala Retro Whipped Cream (now with ceramides!) in a fun and experiential environment before it launches in July - this pop-up is insane and feels exactly like you're stepping inside the brand; it just brings it to life. I'm looking forward to spending time with fans along with those who are new to Drunk Elephant and its philosophy. I really just can't wait for people to see it!”

The House of Drunk will open on 89 Crosby Street, New York from June 14. 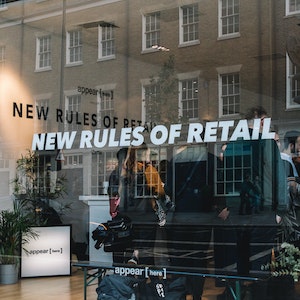 What are the new rules of retail?

At our latest Underground Session, we discussed the future of retail and what brands need to do in order to survive... 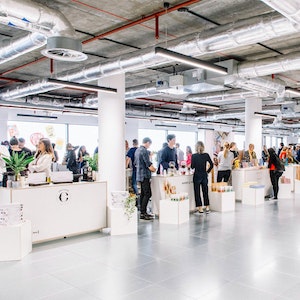