Do you even vegan?

This week: Why the shift to plant-based isn’t just a flash in the pan.

It’s taken time for the modern world to warm up to the idea that vegan cuisine isn’t just rabbit food, though one could be forgiven for thinking so. Vegan options haven’t always been — and still aren’t — as accessible as their meatier counterparts, although we’re seeing strides in plant-based products’ availability and affordability in real time. Now, western culture is finally waking up to the realisation that vegan food is… actually pretty tasty. A bit late to the party, but better late than never.

• That’s great news, since meat and dairy agriculture is one of the biggest culprits of deforestation and global warming (not to mention animal suffering). Giving up meat and dairy is apparently the single biggest impact a person can have on the environment, according to research published in the journal Science. “It is far bigger than cutting down on your flights or buying an electric car” says researcher Joseph Poore, who led the research project at Oxford University. “These impacts are not necessary to sustain our current way of life,” he explains. “The question is how much can we reduce them, and the answer is a lot.”

• The urgency of the plant-based movement can be seen in the explosion of dairy and meat alternatives you may have noticed at the supermarket. Truly, have you ever seen so many nut milks? 2022 might be the year where we readily accept the idea that milking a hazelnut is all good and normal. (Real talk, hazelnut milk is the premier nut milk; the Dom Perignon of plant-based coffee mixers). Some specialty cafés like Guevara’s Plant Palace in Brooklyn are going dairy-free entirely, while Starbucks heeded a finger wagging from Sir Paul McCartney who said don’t let me down — and dropped the extra charge for plant-based milks vs regular. The plant-based food market is already worth approximately $40.21 billion, according to Yahoo Finance, but is expected to reach a whopping $78.95B by 2028, as indicated by the direction we’re headed. Forget bitcoin, you heard it here first: (environmental) health is wealth.

• As far as faux meat goes, substitute options are getting scary-good. One idea that launched with Appear Here this week in Soho featured a vegan chicken sampling event to give people a taste of the zeitgeist. Since the rise of plant-based products is fairly new to large swaths of customers, small retailers are finding success in the IRL retail model to showcase their products as part of a broader experience. In Los Angeles, designer Jamie Story flips plant-based burgers and vegan chili fries at his restaurant, Extra Market, which features an art gallery in the back and streetwear for sale in the front, most recently a capsule collection with the LA brand Madhappy.

You know how you know vegan burgers are getting serious? Even the French are doing it.

Speaking of the new normal, the beauty industry is in the midst of its own shift to greener, cleaner pastures.

• A report from Yahoo Finance found that rising health concerns about the negative effects of petroleum-based cosmetic ingredients, as well a higher prevalence of skin sensitivity is fueling the tilt towards more plant-based products. In 2021, UK sales of vegan makeup ticked upwards by nearly 30%, according to market research firm The NPD Group. “Consumers are increasingly choosing to follow a vegan lifestyle, from food, drinks and supplements to clothing, shoes and cleaning products,” Emma Fishwick, an account manager for NPD UK beauty told Harper’s Bazaar. “It’s only natural that these consumers would want to opt for vegan beauty products, too.”

• Just like in the food and drink sector, customers are more conscious of how their products are made — weighing a variety of financial, environmental, health-focused considerations with every purchase. Evolve Beauty, a small batch vegan beauty brand based in Hertfordshire, hits the sweet spot. Founder Laura Rudoe started the studio in 2009, creating a line of all vegan and cruelty-free products packaged in recyclable materials. 13 years later, Evolve is still going strong. This week, Rudoe and her team will be promoting their new night cream at Appear Here’s Charing Cross space. Their goal? To make it easier for people to take small steps towards being healthier and greener in their everyday lives.

• Baby steps. That’s what it’s all about. Even though veganism is breaking through in popularity, there’s still a decent amount of polarisation around when you bring up the ‘V’ word. That’s because perceptions of veganism as exclusionary, wealthy, or as a rigid all-or-nothing lifestyle is very much a thing. It’s easy to see why. The origins of veganism are often whitewashed and steeped in marketing speak that could make even the most vegan-curious person get the ick. And even though jokes about vegans still abound (“How do you know someone is a vegan?” “Because they’ll tell you.” Ba-dum-tss), when you get down to it, consuming fewer animal products isn’t stupid at all. As food writer Alicia Kennedy wrote in her Substack newsletter, “It’s an ideology rooted in doing less harm — why is that in and of itself so often portrayed as problematic? As inherently judgmental?”

“If you’ve only met terrible vegans,” she continues, “I’m sorry, but there’s more to the story. I hope you’ll be open to hearing it.”

Us too. Making plant-based choices may sometimes be an inconvenience, but if an Impossible Burger can do it, so can you. 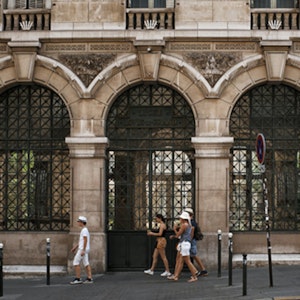 Neighbourhood guides: Live like a local in Saint-Germain-des-Prés, Paris

Today the heart and soul of the 6th arrondissement, St-Germain-des-Prés, is still one of Paris’ most charming neighbourhoods. 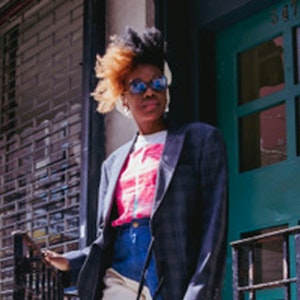 The Five at Five: Lesley Ware