Not so long ago, a selection box from Thornton’s was about as artisanal as it got. However, all that has changed. The UK has given birth to a new generation of artisan chocolatiers: the majority founded by people with a passion for chocolate and desire to pass it on to others. As a result, the UK’s “bean-to-bar” scene is rapidly growing and the bar’s been raised. Today’s chocolate lovers want original blends, beautiful designs and to know where the beans have come from. With more and more artisanal chocolate brands appearing on our high streets. Here’s our pick of the ones to watch… 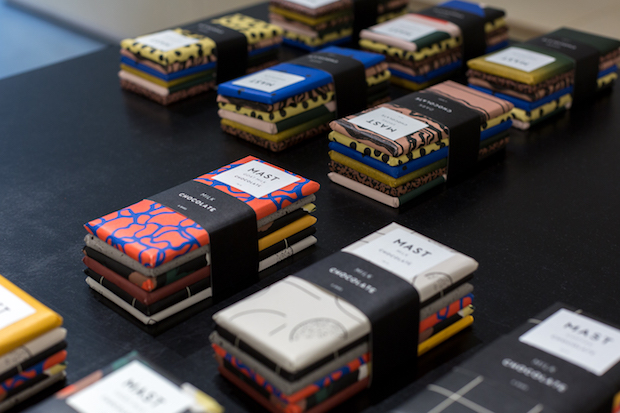 An American import to London: Mast Brothers was founded by two bearded Brooklyn brothers, Rick and Michael Mast. The chocolatiers are famed for their obsessive attention to detail, meticulous craftsmanship and inspirational simplicity – the bars are as framable as they are edible.

At the heart of Mast Brothers, is an ambition to demystify the process of chocolate making. Mast Brothers shops double up as their factories, putting their craft at the centre of the experience. Each store is stripped back, so the focus is kept on the chocolate. With salvaged wood counters, exposed concrete and whitewashed walls – you could be in a gallery were it not for the warming smells of chocolate coming from the in store factory. Mast Brothers now has flagship stores in New York and London, with another set to open in LA. 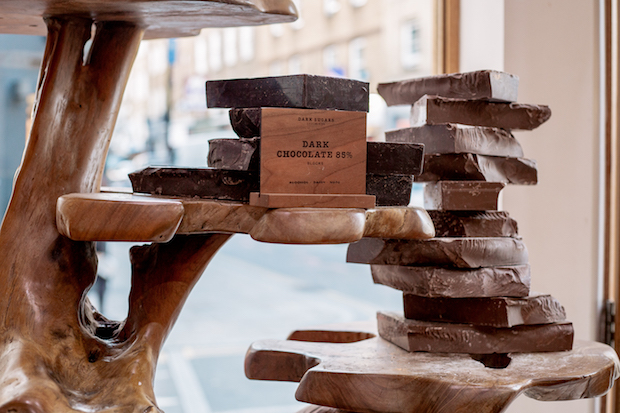 Since opening in 2013, Dark Sugars’ chocolate shop on Brick Lane has quietly been building a cult following. Founded by Nyanga Mendy, the Dark Sugars Cocoa House brings the culture of West African cocoa production to East London. Inside her store, you’re greeted by towering slabs of chocolate, troughs of truffles and the intoxicating smell of melting hot chocolate. Nyanaga’s mission is to simply share her love of cocoa – from tree to tummy. This is chocolate making without pretension.

However, what really sets Dark Sugars apart is the quality and range of the vegan selection. Vegan diets and chocolate bars haven’t traditionally gone hand in hand, but in Dark Sugars you can find an unparalleled range of vegan chocolates including overdose truffles, chocolate mango slices and chilli bites – all made with the same care and quality as the rest of her range. 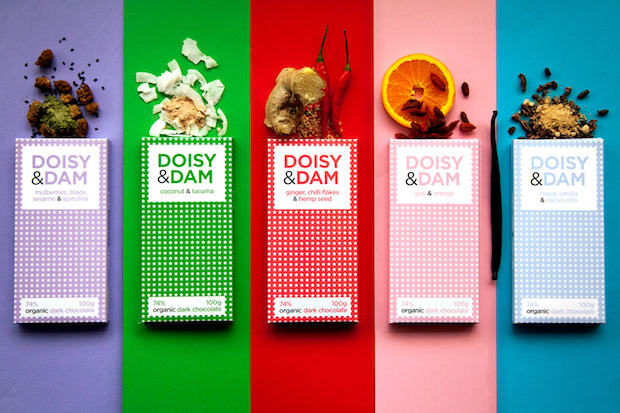 The founders of Doisy and Dam believe, “you shouldn’t have to sacrifice health to find indulgence.” Which is why their bars never have more than eight ingredients, so there’s no room for unnecessary sugars or fat. Flavours include Coconut & Lucuma, Mulberries, Chia Seeds & Spirulina, and Goji & Orange, which have tapped into London’s health food craze and won them legions of #healthliving fans.

In the last 2 years they’ve sold the equivalent weight of chocolate of 25 hefty elephants. So it’s no surprise when their crowdfunding went live in March 2016, they hit their target investment of £150,000 in under 48 hours and have now gone on to raise over £300,000. 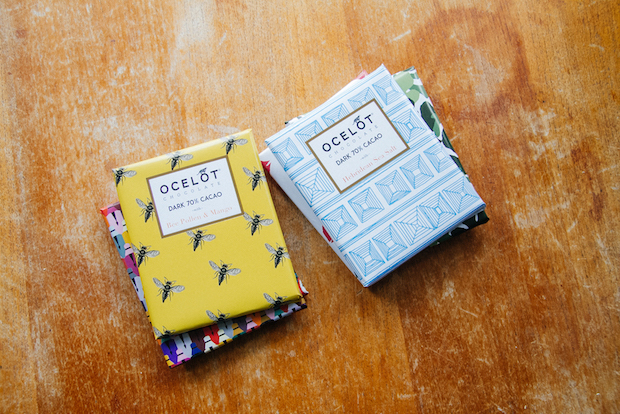 Founded in 2013 by newly-weds, Ish and Matt Broadbent, Ocelot Chocolate was born out of a desire to combine their passion for art and design with their love of chocolate. Ish and Matt break from the chocolate bar ‘norm’ – rectangular shaped and wrapped in foil – by making their bars into a distinctive square shapes and using bright geometrical patterns. The bars are not only beautiful to look at, but wrapped in greaseproof paper which gives them a more tactile touch.

Each print is designed to reflect the flavours inside. They create unique combinations such as Raspberry & Vanilla, Salted Marcona Almonds, Fig & Orange, Bee Pollen & Mango, and Hebridean Sea Salt. Care has been taken to make them taste as good as they look. Although they’re based in Edinburgh, you can find Ocelot Chocolate stocked in London’s most discerning concept stores.

How to Make a Concept Store 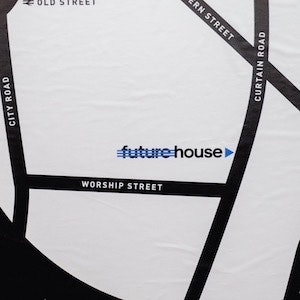 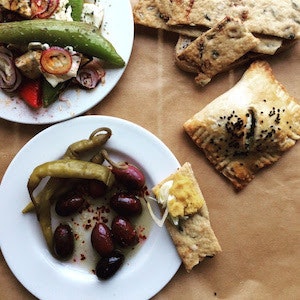