This week: Why are people more creative in a crisis? Uncertainty sucks, but for those with an entrepreneurial streak, it can also be… energising.

The first dispatch of this series (issued seven months ago) was titled The Pivot. Although we’re tiring of that word, it’s been truly astounding to track – on a weekly basis – the ingenuity that’s emerged from these tough times.

Breweries are churning out hand sanitiser. Hotels are reinventing as office spaces. Singapore Airlines is turning their planes into pop-up restaurants.

• By broadening their partnership horizons, businesses are finding unexpected “bundling” opportunities, reported The Business of Fashion. Lingerie label Cosabella, hard-hit by the loss of tourists who used to frequent its SoHo neighbourhood, saw sales return to pre-pandemic levels after turning over their sidewalk space to the Italian restaurant next door. (Because who doesn’t want to shop for skivvies after a few Negronis?). “This is out-of-the-box-thinking that takes into account the overlap in demographic,” said Julio Lopez, director of client strategy at Movable Ink.

• Getting boxed in is what forces new thinking. What’s the psychological reason? “Creativity often involves breaking some rules… in a crisis, there is a sense that the normal rules don’t apply,” explained Dr. Alice Boyes. It helps that entrepreneurs, by nature, have a propensity for risk.

In a fictitious “op-ed from the future” for The New York Times, Jessica Powell, former head of communications for Google, imagined a 2050 in which a high-powered career in humanities supersedes automated jobs in tech – a sarcastic nod at the devaluation of the arts and creative thinking in today’s society. “The elimination of an entire discipline from our curriculum, will not, as some might think, better prepare our students for the jobs of tomorrow.”

In other words, it’s imagination, not AI, that’s going to dig us out of this hole.

As incredibly resourceful as people have been during this pandemic, there’s a limit to what plain gumption can achieve without comprehensive government support. (We’re talking to you, Boris).

The economic argument for sustaining creatives is just as strong as the emotional one, with a strong correlation between creativity and financial performance, per McKinsey. Cue the stats.

• The arts contribute more to the American economy than agriculture. With $150 billion in vanished sales representing over 25% of lost sales nationwide in the U.S., the creative industry (comprised of architecture to advertising and everything in between) is one of the sectors most at risk, according to The Brookings Institute, which noted: “Any lasting damage to the creative sector will drastically undercut our culture, well-being, and quality of life.”

• Millions of creative freelancers in the UK – who make up 47% of the sector – have been excluded from government support. “Bricks and mortar are really important, but the whole thing falls apart without people and ideas,” Justine Simons, London’s deputy mayor for culture and creative industries, told The Financial Times. The creative industries inject £13 million into the economy, per hour. Prior to the pandemic, they were growing five times faster than the national economy, with arts workers more productive than the average.

• Even with such critical economic contributions, the arts have been taking budget hits long before we heard about COVID-19. It’s like the people in charge don’t know what “viable job” means, how to use Excel, or that “cyber” doesn’t need to rescue performing artists or retail workers. (We’re still trying to work out what the UK Gov meant by cyber. Perhaps cyber security? That’s an £8 billion sector versus a £111 billion one).

“The collapse of cultural production would have a disastrous domino effect on all manner of interdependent industries,” wrote Tristan Cross in Dazed. “Culture is more than an entry in a ledger… it allows us to make sense of our lives, to savour it, and share it with our fellow human beings.”

Nobody knows what’s going to happen next. One thing is for certain: no creativity, no recovery. 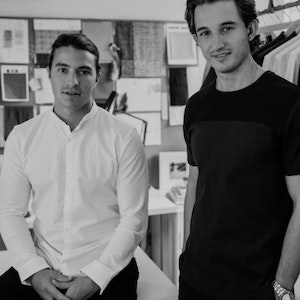 The Five at Five: L’Estrange 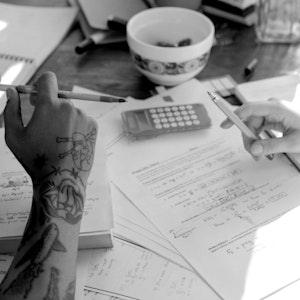 How to get investment for your business

Our panel of VCs and founders impart their advice.