This week: Historically, the role of physical space has been central to the fight for LGBTQ+ rights. What about in 2022?

FROM RAIDS TO RECLAMATION

On a warm June night in 1969, police raided a popular gay bar in New York’s Greenwich Village neighbourhood (a not uncommon occurrence at the time). That night, queer patrons and staff at Stonewall fought back against the police in a clash that swelled into six days of protest. The uprising quickly became a symbol of resistance around the world, marked annually by the commemoration of Pride parades.

• Even 50+ years after Stonewall, we’re seeing continued raids of LGBTQ+ community spaces, threats against gendernonconforming people, and heinous policies banning trans kids from using public bathrooms at school. And while increased queer visibility has made the general public more responsive to LGBTQ+ needs, the need to protect queer spaces remains. Of the inaugural Pride parades, Associate Professor at Wake Forest School of Law, Marie-Amélie George explained to Newsweek, "Every year, the parades reminded [people] that gays, lesbians, bisexual, transgender, and other queer individuals were part of their lives.”

• What do thriving queer spaces look like today? In San Francisco’s SoMa neighbourhood, a renaissance of queer street art is bringing back the city’s old soul with colourful murals depicting LGBTQ+ iconography and history. In East London, the Dalston Superstore pays homage to kink culture with weekly cabaret shows and drag brunches, while partnering with charities and organisations that centre the LGBTQ+ community. Further south in Margate, a concept store run by Flemish creative consultant Davy Pittoors, explores how queer domesticity takes shape through his curation of art and objects made by queer artists. Pittoors recently interviewed the founder of Queercircle, a community centre that just opened in London, dedicated to LGBTQ+ art and social action: “I was very interested in the concept of how a space can truly be safe,” founder Michaela Yearwood-Dan told Pittoors.

• “The queer story for a very long time has been escaping the rural village for the big city; that’s a trope in western gay media whether it’s DC or Berlin,” Matthew Sampson, a queer activist and community organiser told Greater Greater Washington, a local DC nonprofit that advocates for inclusive urban design. But the number of queer people in rural areas is growing, according to Ms. Magazine, with approximately 15-20% of LGBTQ+ Americans calling a rural place home. It’s not just cities that need more representative high streets, towns, and community centres; there are opportunities for allyship in a spectrum of forums. In the rural town of Dahlonega, Georgia, the founders of Bad Dog Creative Foundry explained that seeing a rainbow flag on storefronts brings comfort that “somebody’s got your back.”

The queer founders of Corner coffee shop in London echoed that sentiment, despite their shop’s urban setting: “It was really important for us to visibly show our support for the LGBTQ+ community, so we chose to add the LGBTQ+ letters to the windows, as a proud statement about inclusivity as you enter.”

GENDER IS A DRAG

Queer theorist Judith Butler may have been considered a radical thinker back in 1990 when she said that gender identity is but an elaborate performance. Nowadays, many teens would tend to agree. And Gen-Z-chasing companies are taking notes and names…

• A recent New York Times survey found that today’s teenagers represent the most significant rise in trans people in the U.S. in recent years, and young people are the primary age bracket responsible for embracing more gender-expansive identities. Which means the pool of “pink money,” a term to describe the purchasing power of the LGBTQ+ community, is growing too. In 2019, Entrepreneur estimated that value at a staggering $3.7 trillion, with growth in tourism and home design sectors in particular. “Pink money is becoming more powerful as the LGBTQ+ community gains greater acceptance in society,” Yahoo Finance reports. And where there’s pink money, there’s pink marketing.

• That means for the month of June especially, you’ll be seeing a lot of rainbow coloured social media avatars and burrito ads speaking grammatically questionable Spanish (Chipotle really went for it, didn’t they?). And that inspires a range of reactions within the LGBTQ+ community. After all, all those letters don’t represent a monolith. “Keep in mind that the LGBTQ+ community is fractured when it comes to visibility and progress,” Nick Wolny writes for Entrepreneur. What a trans woman of colour experiences on a daily basis is likely very different than what a white gay man does. Designing spaces, products, and marketing campaigns for this multifaceted community should reflect that.

• So how can you make sure your Pride month is one of celebration and not co-optation? First thing’s first: If something claims to be a celebration of queerness, that should be represented by who is in the room. Follow the money: will queer communities actually see a portion of the profit? Queer liberation will take more that a few socially-concious purchases, but supporting queer business owners, like the founders of British clothing company Bunny.Style, which regularly partners with LGBTQ+ charities and events, is one way to make sure your money is where your mouth is. You can also pay attention to which businesses support the queer community all year round. TomboyX, a brand that creates underwear for nonbinary and gender-inclusive bodies is another great place to start. The bottom line? Start small, and seek transparency. Because in case you haven’t heard: pinkwashing is the lamest colour.

People of all stripes and colours can celebrate Pride, not just this month, but all year round.

Queerness, after all, is an ever-expanding spectrum of ways to understand our identities and the world around us. And that’s something worth celebrating. 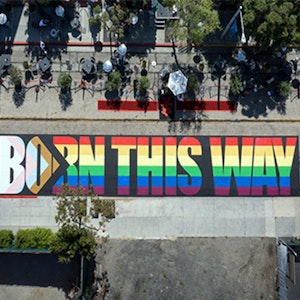 Neighbourhood guides: Live like a local in West Hollywood, LA

Did you know: West Hollywood was the site of the world’s first permitted Pride parade in 1970? 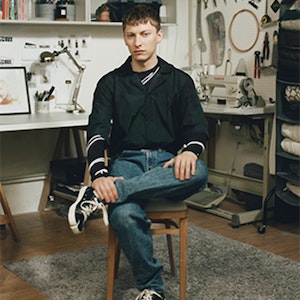 The Five at Five: Matthew Needham