This week: With the art world’s (IRL) calendar back in full swing, how are dealers and artists faring?

THE BUSINESS OF ART

Like pretty much everyone else around during the pandemic, the art world took some major hits. There were the gallery layoffs, the shuttered museums, the dismal financial aid for artists.

Nearly three-quarters through 2021, where is the industry now?

• There’s an increased awareness and appreciation of the arts. “Uptake of art and creativity grew throughout 2020, with the entire population suddenly stuck indoors and on the hunt for fresh distractions to pass the time,” wrote artist Chila Kumari Singh Burman. Cultural agendas are leading the reopening of cities. “Art needs, or the art market needs, a society around it,” said Tom Eccles, director of the Hessel Museum of Art. Society knows it needs art, too. Belgian doctors are even prescribing museum visits to people suffering from the pandemic’s toll on their mental health.

• Confidence in the art market is at its highest point since 2014. The annual Art Basel-UBS report, considered an industry bellwether, is out – and it's optimistic. “Investment in physical gallery space… has been a notable feature during the pandemic and seems to have paid off. The share of sales facilitated or made via a gallery rose considerably, from 42% in 2020 to 55% in the first six months of 2021,” reported The Financial Times. Art fairs, which have been offline during the pandemic, must be taking note – Frieze is opening a gallery hub for temporary exhibitions in London next month.

• “Exhibitors at Photo London are reporting thronging crowds and positive sales,” noted The Art Newspaper. The Armory Show – New York City’s biggest live fair since COVID – is back, baby. So, how are exhibitors measuring success? “Just seeing people!” Lisa Spellman, founder of 303 Gallery, told The New York Times. The past ten days has seen a frenzied return to the city’s Art (and Fashion!) Week. Tracy Yuan, founder of Swap Up Art, saw an ideal moment to curate her first in-person exhibition (in one of Appear Here’s very own spaces on the Bowery). “Last year I did a lot of online viewing rooms, so this felt almost like ‘back to school’ – like a return to the normalcy of a show,” she said. “Our storefront has great floor-to-ceiling windows, so a lot of people who came in spotted pieces from across the street”.

And what of COVID lessons learned? “Since everyone was stuck at home, there was a surge in interest. I have new clients who had a spare moment to research art for the first time,” said Tracy. “It’s been a great educational phase for everyone, and a push forward for the art industry”.

So what’s next for a global art market worth $50 billion? “We’re all facing down the same existential questions,” said Marc Payot, president of Swiss mega-gallery Hauser & Wirth. “What do we do now? What kind of art do we need?”

• The future of finance is (might be?) crypto – and collectors want their tokens non-fungible. NFT sales grew to almost $1.3 billion in the first half of 2021 – out of which $324 million was attributable to art. Uh, so what is an NFT you ask? A blockchain asset. One with a major carbon footprint. (And questionable aesthetic value). “So far, the NFTs that have gotten attention for making art history have been singularly unoriginal on any visual level,” wrote critic Jerry Saltz in New York Magazine.

• “We know the art world is increasingly conscious of the role it can play in saving the planet, whether by reducing carbon emissions or exploring environmental issues through art,” said Tanya Steele, CE of conservation charity WWF, which is partnering with curatorial collective Artwise to raise funds. Art galleries across the UK are participating in their new initiative coinciding with COP26, the UN Climate Change Conference in November.

• Young gallerists and curators are also working towards building a more equitable industry. HOUSING gallery in New York champions the work of Black and queer artists. Local Collective and Stigma, a group of three female Asian artists, curators, and architectural designers, are joining forces to provide a platform for underrepresented artists with an exhibition titled ‘Zao Tang’ in London’s Notting Hill next month. “We want to make art accessible for the public, and hope to blend it into people’s daily expression,” said Lisa Chan, founder of Local Collective. The neighbourhood-y Portobello Road location, rather than a more central spot, was a deliberate choice. “We want to invite the community to join in on the discussion about Asian arts and feminism,” said Shutian Zhou of Stigma.

“Physical space is really important, especially when you’re communicating with people,” said Cong Ding, the other half of Stigma. “We want to break barriers between cultures, to be a bridge connecting different groups in London”.

As (mostly) shitty as the past eighteen months have been – there’s a dominant dialogue about issues of race, social justice, and climate change.

Capturing the zeitgeist? There’s nothing more powerful than art. 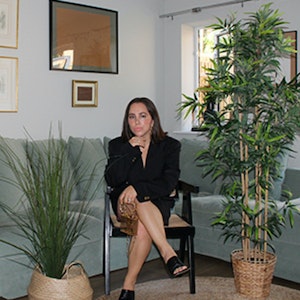 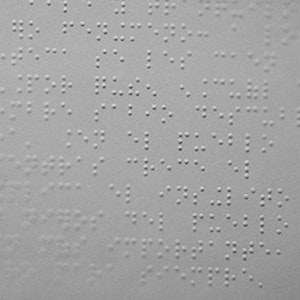 How retail can do better for neurodiverse and disabled people.