This week: NFTs, algorithmic art, and the promise of democratised art.

For all the beauty and meaning it's inspired, the art world has not typically been known for being the most welcoming place. Even as physical spaces, auction houses and museums bring to mind austere white walls and quiet mingling over red wine.

Then the pandemic happened — and the art world, like most other things, moved at least for a time, online.

• We saw the explosion of NFTs, also known as non-fungible tokens, or Web 3’s response to the art collecting business. But the question nowadays is less, “WTF are NFTs?” and more, “Are NFTs OK?”. Cryptocurrency is in bad shape thanks to a world economy still struggling with a pandemic hangover. And when times get tough, spending cash on digital illustrations of bored apes seems less like a sensible investment. Proponents of NFTs argue that the potential of a virtual art world free from old-fashioned gatekeeping still exists. But critics say that the promise of a free-for-all goldrush is drying up. For the New York Times, Farhad Manjoo writes, “It’s fast becoming clear that crypto was just another collectible pumped up by the same forces inflating the market for Yeezys and Birkin bags.”

• Perhaps the path to democratising the art biz can be found first in the real world. Purslane, a gallery initiative founded in 2020 with the mission of promoting more socially conscious ways of buying and selling art, provides a compelling example. Founder and curator Charlie Siddick wanted to shake up the status quo of the gallery business, where artists can get as little as 20% of the profit of a sale, and redirect funds to charitable organisations while promoting the work of emerging artists. From June 22th to 28th, Purslane will host a solo exhibition in one of Appear Here’s spaces to showcase the work of Colette Lavette in London. Olokun, a company specialising in African inspired art and home decor, are launching an IRL event on June 25th to showcase 11th century Yoruban sculptures. Typically held by private collectors, the sculptures can be accessed by the broader public for a limited time in an effort to educate audiences on the legacy of colonisation and exploitation in the art world.

• In times of economic downturn, the art market is affected in unexpected ways. Both high profile and emerging artists can feel the blowback — but one common thread is clear: consistency is key. An analysis by Artsy found that: “Ultimately, it’s not about timing the buying or selling of their works during economic fluctuations, but identifying artists who consistently have stable transactional markets.” One silver lining from the pandemic lockdowns was the resiliency that emerged from small galleries and artists, who found new ways to engage local and specialty audiences.

In a NYT series of artists responding to the financial crisis, the artist Daria Irincheeva said it simply: “In the absence of a government able to manage the multifaceted crisis before us, we are all compelled to create.”

While NFTs may be in a state of flux, you don’t need to be a tech-optimist to see that some game-changing shifts are taking place at the intersection of the tech and art worlds.

• Take Dall-E, the artificial intelligence platform you can use to create images instantly from any combination of words typed into its browser. Have you ever wondered what Donald Trump would look like as a baby swimming underwater? Us either, but the internet has other plans. The ability to create an infinite number of original images has massive implications for the future of graphic design, art markets, and of course, meme culture. But if you thought that AI art was just an online happening, think again. Back in 2019, the Atlantic declared the AI art goldrush when Christie’s auction house sold Portrait of Edmond de Belamy, “an algorithm-generated print in the style of 19th-century European portraiture” for $432,500. The first gallery solo exhibit dedicated to AI-generated art took place that same year at HG Contemporary gallery in New York’s famed Chelsea art district.

• Snap Inc, the company formerly known as Snapchat, is taking their partnership with artists into the real world too. In celebration of Pride for the month of June, Snap will be setting up shop on Old Compton Street with Appear Here to promote the work of young and emerging artists. It’s not the tech giant’s first foray into the art world. Last year Snap partnered with the Los Angeles County Museum of Art (LACMA) to commission five digital monuments that pay homage to the history and community of the LA area. Big tech seems interested in the question of how their products might add new dimensions to the museum experience. See also: Google’s virtual museum guides (over 3,000+ of them) and the freshly launched Google Image Equity fellowship to support early-career artists of colour.

• You don’t need to be a fancy art dealer to be serious about collecting art. Some of the most promising emerging artists are garnering clout and racking up sales on – you guessed it – Instagram. Anna Weyant, the 27-year-old artist whose Botticell-like paintings went from casual beach sales to gangbuster auction items, first got noticed on the ‘gram. Her meteoric rise to fame may be singular in some ways, but points to a broader trend of how social media is changing the art world. “Only a decade ago, museum legitimization and academic praise were still key to determining financial value,” Jason Farago writes for the New York Times. “Now, the collectors’ hunger comes first, stoked largely via Instagram and other digital networks.”

Not all of us can auction off our attempts at painting for the price of a small yacht, and with a recession likely coming, indie artists, collectors, and curators, have every reason to be spooked.

But one thing is for certain: during times of uncertainty, art is necessary. And in times both good and bad, art prevails. 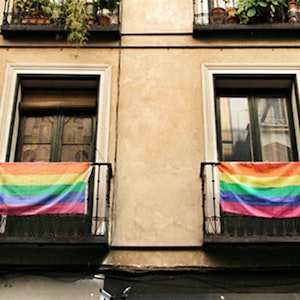 Neighbourhood guides: Live like a local in Chueca, Madrid

Madrid, Spain’s capital, has a bold energy that is hard to describe in words, and its Chueca barrio encapsulates this. 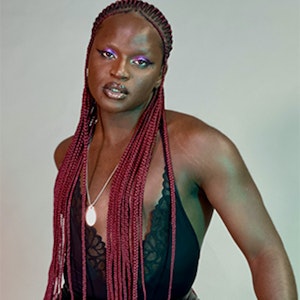 The Five at Five: Darkwah Kyei-Darkwah