Testing out new ideas with OTHERWORLD

As an industry worth £8.9 billion, virtual reality is proving to be a real-life business opportunity. Although the last few months have seen us craving physical meetups over virtual ones, Ed Wardle and Chris Adams co-founders of The Dream Corporation insist that the future lies somewhere in-between.

Situated at their permanent London site, OTHERWORLD is The Dream Corporation’s VR arcade that has been pioneering immersive gameplay since 2017, when the concept first launched as a pop-up. Now with plans to open two more permanent locations, we met with Ed to find out how the pop-up model helped them to scale, what it takes to create a unique VR experience, and what lies in store for the future of the industry.

Tell us about how you and your co-founder, Chris, met and why you decided to venture into virtual reality.

Chris and I first met at university when we were in a band together. After university, Chris went into management consultancy and I went into screenwriting, but we both saw the potential in VR the moment we first tried on a headset. We saw both a business opportunity and the next great mass-medium to follow on from the moving picture.

How did you then set about bringing OTHERWORLD to life?

We knew something like OTHERWORLD would be a cool business, but we knew there were others in London doing the same thing, so we went to check them out. When we visited, we felt it wasn’t being done properly or to its full potential so after that session we went to a pub down the road, opened our laptop and incorporated the company.

We knew we wanted to launch as a pop-up, so we found an Appear Here space in Old Street Station and rolled out the first iteration of OTHERWORLD. Back then, we didn’t have the multi-sensory effects – all we had was VR content, a cool design, proper branding and a bar – but we completely sold out over the two weeks. So, we hit the town with our pitch deck and raised $1.1m for our seed round back in 2018. With this we hired our team, developed the OTHERWORLD Island and Immersion Rooms and opened our first permanent site.

How did launching your idea with a pop-up help you achieve all of this?

Quite simply, the pop-up was a launch pad for our business – that’s the truth. I don't think the business would have been possible at all without that rental model, we’d have had to raise capital from investors before we’d proven that the idea could work. Being able to rent a space for two weeks at an affordable rate allowed us to test our concept without risking too much capital. We now have a permanent site, with plans to open up two more. It’s a way to build long-lasting businesses.

How does your background as a screenwriter help you when building the OTHERWORLD island?

When you’re doing any kind of writing, especially screenwriting, there’s an emphasis on world-building. Writing something meaningful is about creating a world and populating it with believable people and events, which is what I’ve always done. I’d always loved things like Disneyland, where the storytelling is more environmental. OTHERWORLD serves as a similar opportunity to tell a story through transmedia: through the outfits of the staff, the design, and the location. With a film there’s always a frame that you’re bound by, but with VR you can open that window and explore it freely as if it were a real place.

Can you tell us more about the Immersion Rooms that you developed for OTHERWORLD?

At face value, they’re big white tubes that look like something out of a Stanley Kubrick movie. Inside, we’ve written code that can tell where you are in the virtual world, which way you’re facing, where the sun is coming from or where the wind is blowing through the trees. Linked to that are 360-degree heat and wind effects. So, rather than just seeing a beam of sunlight, you can feel its heat as you walk through it and feel it cool as you step into the shade. They also do full spectrum rumble effects, so if you’re playing a title that involves shooting or blowing things up, you can feel the ground booming underneath you as you fire. You really feel like you’ve been transported somewhere without ever leaving the pod.

Why do you think people are still coming to physical spaces to explore VR, rather than just doing it online at home?

I find this really interesting, because in theory once you have the headset on, it doesn’t matter if your friend is right next to you or on the other side of the world: you’ll see them with you in VR. OTHERWORLD will be persistent across sites so if I was in London and you were in Leeds, we could arrange to meet up on the island. That’d still be loads of fun; but it’s even better meeting up in a shared social space before and after having an experience.

When you see someone in the flesh there are all these tiny little elements of body language that allow us to communicate – something like 80% of communication is unspoken. VR tracking has a bit of development to go before it can reflect all of these details. Even on video call, as we all now know, it’s harder to connect with someone than if you’re face to face.

What are you most looking forward to in the future of VR?

In the near future, I’m looking forward to opening our two new sites in London Victoria and Leeds, which we’re just starting to Crowdfund for. If you’re interested in becoming an investor, definitely visit our website to find out more.

In terms of the future of the industry, I’m actually most excited about something that we’re developing. We’re working on a competitive e-sports title that allows people who aren’t in the VR but are in the venue to play the game. By the end of the year we should have a working prototype and we will be releasing it next year. We’ll have some very exciting new ways to play VR games that have never been done before. 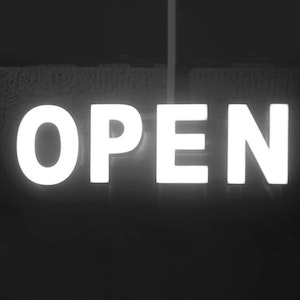 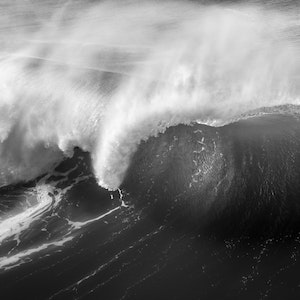 This week: With big government spending (and cases) on the rise, what does it mean for small businesses and the communities that cou&hellip;