This week: As cities unlock and more peeps return to the streets – what’s changed?

Pounding the pavement, hitting the streets… what we call footfall is back. Although those numbers may be declining in retail parks, it’s up in market towns and high streets across England.

• We’ve also got some new ways to walk. Along with thousands of square metres of additional pavement space, you may notice that the little green man in the traffic signal has become a little green woman at crossings throughout London. More inclusivity reflected in the built environment? Here for it.

• We’ve extolled the virtues of the 15-minute city – accessible, self-sufficient, and sustainable – before. ‘”High streets for all” is London Mayor Sadiq Khan’s version. “More than 99% of businesses in London are small or medium-sized. We’re working with them as well as the leisure sector, entertainment and councils around ways that we can improve high streets,” he said. And it’s just been announced that more of those streets throughout the UK are set to access millions in funding.

• It’s not all rosy, though. 1 in 7 high street shops stand vacant, and the pause on retail evictions expires at the end of this month. The British Retail Consortium warns that two thirds of retailers could soon face legal action. “It is clear that the retail industry will continue to need Government support over the coming months,” wrote Catherine Erdly, founder of The Resilient Retail Club, in Forbes. When it comes to rescuing retail, we’ve got some many suggestions for the Gov. If you believe in our streets, join the fight to save them. Sign the petition here: #SaveTheStreet.

Author and brand strategist Elizabeth Uviebinené penned a piece for The Evening Standard – describing her love of local living, as well as her worry about the city centre being hollowed out. The big question she grapples with: how to preserve community vibes while retaining the identity of a global powerhouse?

The answer lies in continuing to invest “time, energy, and empathy” in where we live, work, and play. “It’s about a network of vibrant neighbourhoods that bring together different cultures… Proud to be a Londoner and proud to be a local? It’s the way forward.”

Around the world, urban layouts have been rapidly redesigned, retrofitted, and re-imagined in response to the pandemic.

Which, if any, of those changes will remain?

• As usual, the Scandis are one step ahead. Forget fifteen, they’re looking at one-minute city models. A new Swedish initiative – already being piloted in Stockholm – aims to collaborate with local communities on a redesign of each street in the country by the end of the decade. “Everyday infrastructures like streets hold the keys to our possible cultures,” said Dan Hill, a director at Swedish national innovation body Vinnova.

• Faced with “an unprecedented crisis of space” last spring, NYC created 67 miles of reduced-traffic roads, in an initiative dubbed ‘Open Streets’. As usual, the city is setting trends for the nation, with local government voting to forever adopt the programme. “As restrictions ease and vaccinations soar, the question of permanence looms larger. Will this experiment in car-free living become a fixture on U.S. streets?” questioned John Surico in Bloomberg.

• With open-air the only available option for so long, businesses will probably never think about indoor/outdoor spaces the same way again. The Future Laboratory charted “the rise of retail’s third space storefronts” around the world. “The ideal urban interface [aims] to blur the boundary between inside and outside, private and public space,” mused B.L.U.E. Architecture Studio, which designed a Shanghai coffee shop for % Arabica. The curved glass storefront, framed by low cement benches that seem to emerge from the kerb, partially encloses a small courtyard planted with succulents. You can barely tell where the shop ends and the tree-lined street begins.

Their inspiration? The beloved Tokyo neighbourhood of Shimokitazawa. What sets it apart? The narrow sidewalks overflowing with assorted tables, display cases, and all manner of seating – set out at the spaces between storefront and street.

The spaces that give shape to fleeting moments of urban life – captured in the sounds of overheard conversations, the aroma from street food vendors, the sight of others in good company.

We’d call it: the stuff of dreams. 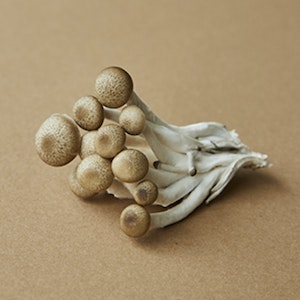 If you’re a food & bev brand – what’s the next frontier? Move over adaptogens, hello psilocybins. 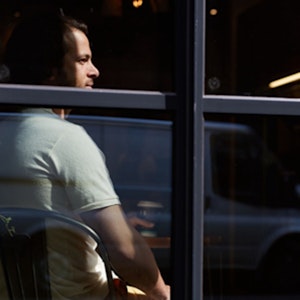 The Five at Five: Ed Foy