With Small Business Saturday kicking off the start of December’s shopping frenzy, we thought we’d share with you some of our favourite stores from independent makers and designers in our community. There’s no better excuse to shop small this Christmas.

The Acey’s mission is to create a retail environment for the modern woman who appreciates quality, transparency and simplicity. After the success of their pop-up last year on Calvert Avenue, The Acey are back with a new store on Chance Street. Branded as “a destination filled of Style with Purpose,” you can shop assured the brands inside haven’t compromised on their integrity. By night, the store is transformed into an intimate venue for workshops and classes set around a candlelit table.

The Makers Shop, curated by Chhipa shirts has invited like-minded designers to share their space and showcase their products. The line-up include some of London’s most exciting new makers, such as Grain and Knot, Earl of East London, Hannah Bould, Bethnals and Booker Print House. There will also be workshops and events in the evenings, with complimentary drinks to get the festive spirit going.

When: 1st - 11th of December
Where: 46 Charlotte Road, Shoreditch

HAM is the brainchild of artist and illustrator Joanna Ham. Joanna’s playful homeware was first picked by Liberty and has since been exhibited in London and Paris, featured on the pages of international magazines and chosen by leading concept stores, such as Colette. You can catch her this week in TOPSHOP, Oxford Circus.

Jewellery and accessories label, John and Pearl are taking their pop-up store on tour this Christmas appearing first on Duke Street, Mayfair and then heading East to Old Street Station. Their bright colours and playful styles are the perfect antidote to December’s grey skies.

When: Now until end of December
Where: 31a Duke Street, Mayfair & Unit 2 Old Street Station

Created to celebrate Issue 2 of their annual food magazine, At The Table’s Christmas pop-up is a place to rest between hectic Christmas shopping. Engage in talks and debates about British food culture, listen to prose and poetry readings by magazine contributors, and discover bespoke handmade gifts. A nice touch is the complimentary cup of tea on arrival from Joe’s Tea Co.

Lamb’s Conduit Street is a haven for independent stores, and Bert & May are an exciting new addition. Inside you’ll find the full range of Bert & May homewares including scented candles, ceramics, plush cushions and throws. It’s the perfect place to discover beautifully crafted gifts for your home.

When: Now until 23rd December
Where: 52 Lamb's Conduit Street, Bloomsbury 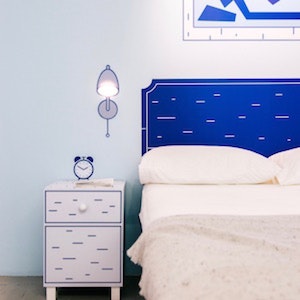 We sat down with Philip Krim, Capser’s CEO, to find out how they've achieved their extraordinary growth. 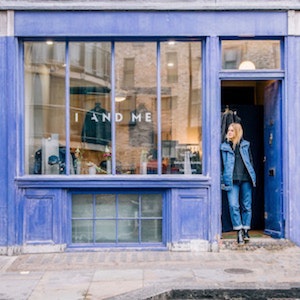 Meet the Maker: I AND ME

We meet Jessica Gebhart, TOPSHOP's former denim buyer, in her latest venture I AND ME on Redchurch Street.