This week: 2021 is off to an eventful start. The UK officially left the EU, and a sane American president took office. So what does the new geopolitical world order mean for retail?

A SHOT IN THE ARM

The pageantry of the inauguration has come and gone (Amanda Gorman 2036!). Now we can all calm down about Bernie’s mittens, and take a look at what the new administration in The White House means for retailers, both at home and abroad.

• Biden just made good on a campaign promise, signing a “Buy American” executive order – investing billions to support nationally produced goods, with a big chunk earmarked for manufacturing tech R&D. While the benefits of domestic supply chains have perhaps never been more apparent, the costs of vertical integration mean it is unattainable for most. “Unless we start to see more favorable policies… there will be a cap on how big you can scale as an American-made brand,” Kristen Fanarakis, founder of fashion label Senza Tempo, told Digiday.

• With U.S. retail sales falling for the third consecutive month, analysts expect the proposed stimulus package to boost consumer spending. 82% of Americans believe in prioritising aid for small businesses, which the new administration is touting as a centrepiece of their economic policy. The $1.9 trillion plan also calls for hazard pay for retail workers, and raising the minimum wage.

• If the economy were a chicken, then eradicating COVID would be the egg. Or, as Retail Dive puts it: “There is really no solving one problem without tackling the other.” The federal government is now distributing billions to fund the vaccine roll out, and Biden is seeking to broaden public-private distribution partnerships. Want a vaccine with that coffee? Chain retailers, from Starbucks to Walmart, are preparing to deliver doses in locations across the country. “Their core businesses are already geared around serving millions of customers day in and day out,” said Neil Saunders, MD of Global Data Retail.

Despite the shiny promise of a Biden presidency, there’s no question of the country’s diminished standing in the world. Will that tarnish have a lasting effect on American businesses and their reception overseas? Maybe the government will take a page out of Greece’s playbook, and hire a Chief Creative Officer for a long overdue rebrand of the US of A.

Humour us – and our armchair political punditry – as we set our sights on England. Yes, we know, the Brexit fatigue is real. Stick with us though, as we try to tease out some silver linings.

• While Joe called Boris before Angela, he didn’t tweet about it. With U.S.-EU economic tensions running high, looks like the Biden administration might be prioritising European relations. Prospects of a much-trumpeted U.S.-UK trade deal don’t look very promising for this year – but will all the G7 countries take a stronger stance against China? Britain’s trade secretary, Liz Truss, threw some shade when she called for an alliance “to ensure free trade is not undermined by practices such as environmental degradation... or the violation of human rights.”

• With snarled supply chains and bewildering tariff rules after leaving the EU, there’s a £4.8bn potential for English production in the coming year, reported The Guardian – and the food and fashion industries are poised to represent the biggest slices. London-based manufacturer Fashion Enter recently expanded with a new factory in Wales. “There is no way I would have opened [it] unless I was certain there’s a long-term trend in coming back to the UK. It’s exciting,” said CE Jenny Holloway. There’s also the sustainability factor, with 70% of retailers reporting a shift to ethical and environmentally responsible sources.

• And what about that green? “We will make the UK the Saudi Arabia of wind,” wrote Boris Johnson, in an introduction to his 10-point plan for a “green industrial revolution.” The PM is banking on a low-carbon economy generating jobs and investment, while bolstering the country’s eco cred on the world stage, reported The Financial Times. Will we see incentives, in the forms of tax breaks and otherwise, to attract more entrepreneurs to the environmental arena?

The interdependence of a globalised society – and the intersection of trade, retail and policy – is more obvious than ever. Does the flap of a butterfly’s wings in Brazil set off a tornado in Texas? COVID showed us the answer is yes.

While the hope is for these twenties to roar, it’s going to take drastic policy measures and, you guessed it, unprecedented international cooperation. “Perhaps the most important lesson the 2020s can learn from the 1920s is the peril of isolationism,” wrote Peter Coy in Bloomberg Businessweek.

Supporting retail? It’s good politics. No matter where you are. 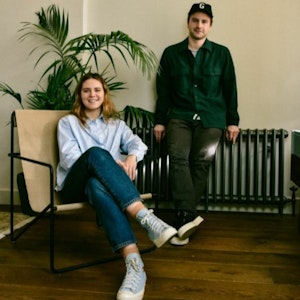 The Five at Five: Jenki Matcha 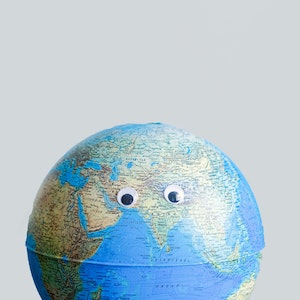 This week: How ethical can a for-profit business really be? We take a look at who’s been doing well by doing good.