Playbook: How to run a coffee shop

Here’s chapter II in our Playbook series. Because let’s face it – whether you’re launching your first (or fifth) brand, you’ve always got something to learn.

Be it served as an Americano, café latte, or flat white – coffee is one of the most popular beverages in the world. (Fun fact: the Finns love their fix, with Finland at the top of the list for most coffee downed per capita).

So, you want to make it in the cutthroat coffee industry?

As with starting any business, the usual steps of competitor analysis, sales strategy, and management planning apply.

First things first, though. Do you know what your cup is made of? (And no, we’re not just talking about the beans, silly).

Let’s break it down:

• The specialty coffee shops market is set to grow by $64 billion dollars worldwide, with 41% of that forecast driven by North America.

• Coffee crops haven’t been spared the effects of climate change. Brazil – which accounts for one-third of global coffee exports – has seen prices rise by 30% over the past year due to the impact of the worst drought on record.

• People are paying attention not only to the environmental but also the ethical impact of their beans, with one in four UK shoppers seeking out a Fairtrade stamp of approval. That’s a significant figure in a country where some 95 million cups are consumed per day.

Want to nerd out on all the figures? From the grower price to the cup it’s served in, here’s a handy infographic that illustrates what goes into costing coffee. Something to consider: the typical retailer earns 30x more than the grower. A stat you can change, as a brand advocating for fair trade.

Think you’re just selling cups of joe? Think again. “Because coffee has roots as a social experience, many of these emerging brands are linked to social causes,” said Greg Portell, lead partner in the global consumer practice of Kearney.

Redemption Roasters was founded by Max Dubiel and Ted Rosner with the aim to build a “brand which had a meaningful story to tell.” Their chosen narrative? It’s a compelling one. Redemption Roasters trains ex-offenders in coffee skills and then refers them for employment either in one of their eight shops, or with an industry partner.

And sometimes, it’s about being a thoughtfully designed community space for socialising with others, or ruminating alone. WatchHouse coffee got its start in 2014, in 25 square meters on London’s Bermondsey Street, and has been steadily expanding since then with the aim to “redefine the multi-site model.” Carefully curating sites and fitting them out with a localised design approach, headed by Aesop alum Deidra Hodgson no less, the brand anchors the hospitality experience in a well-considered environment.

Queries for coffee subscriptions – which reached a peak in 2020 – are still on the rise in countries from Canada to Vietnam. Ground coffee and single-serve pods are becoming increasingly sought after, especially amongst the all-important millennial crowd.

Grind, founded in Shoreditch by David Abrahamovitch and Kaz James, raised £22 million this year. Where will it be spent? Growing its (very popular) compostable coffee pod business, and expanding to the U.S. and Europe. “It’s amazing to reflect on how the little coffee shop we opened a decade ago has evolved into such a recognisable brand, enjoyed by our customers around the world,” said David.

3. Make sustainability a pillar of your business plan.

It can be as simple, and significant, as sourcing responsibly from small growers.

“The coffee we’re buying is making a difference,” says Santiago Gamboa, who launched Hermanos Colombian Coffee Roasters with his brother in 2018. “It’s important to educate everyone about issues of traceability, environmental impact, and the welfare of growers. We don’t always stop to think about what these beans have gone through.”

Gamboa is also aiming to make the business “as green as possible.” They use an electric roaster, and have switched to biodegradable packaging. “[Changing our cups] is costing us a lot – triple the price of what we were paying before. And in the end, we’re going to have to pass some of that on to our customers, but we all want a better planet.”

“We love to open right next to big long-established players,” said Gabe Shohet of Black Sheep Coffee. “Our typical customer cares about the quality of what’s in the cup.”

Hermanos, which first launched with a pop-up in the Walthamstow neighbourhood of East London, worked with Appear Here on its latest spot in King’s Cross. “In the end, people are not going to stop travelling,” said Santiago. “It’s just that the pattern has changed. Maybe they’re not working every day from the office, and now they don’t have to get in at exactly 9 am. Before, we had peaks during rush hour, now it’s a more constant stream of sales.”

Patterns are changing, indeed. With another COVID winter upon us, people might stick closer to home, for now.

When the only constant is change, the best strategy might be flexibility. Staying loose with a flexi lease? Makes it a lot easier to pick up and meet your customer where they happen to be. 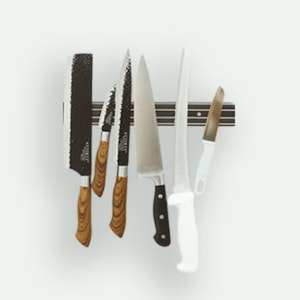 If you’re in the restaurant biz, it’s crunch time. 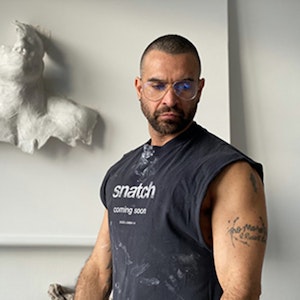 The Five at Five: Andreas Anastasis