Pride month has been awash with brands claiming support of the LGBTQ+ community but only a few back up their campaigns with solid attempts at impacting change. To mark the 50th anniversary of the Stonewall riots, Levi’s and Queer Britain launched the UK’s first national LGBTQ+ museum, Queer Britain, opening with a photography exhibition called ‘Chosen Family.’

Aiming to grow Britain’s understanding of LGBTQ+ stories and experiences, the pop-up had an important role to play in giving a voice to these minorities. As a brand that is synonymous with ‘70s free love and left-wing politics, the collaboration does not appear contrived.

Found in the shopping hub of Covent Garden, the location of the space seemed apt for denim giant Levi’s. Featuring photography from UK-based artists Alia Romagnoli, Bex Day, Kuba Ryniewicz and Robert Taylor, the space needed to lend itself to the work without drawing attention away from the message. Designed in a minimalist style with little decoration, white crates displayed the photos without frames. Signs read ‘Leave Your Mark’ as guests were encouraged to write messages onto white paper to stick on the wall and share their own stories.

Poignantly, this is not a one-off stunt as Levi’s has promised to continue their support of Queer Britain over the next three years to help the museum become a permanent venue. If all goes to plan, the opening could be as early as 2021.

The space can be found at 9 Mercer Street, Covent Garden, London WC2H 9QJ. 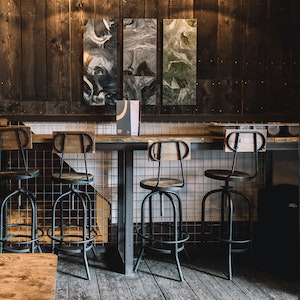 Introducing The Green Vic: ‘The Most Ethical Pub In The World’ 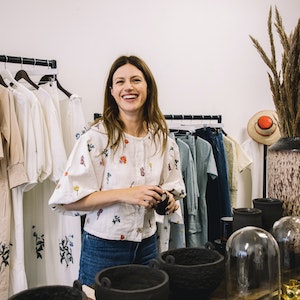 Find out why designer, Louise Markey, decided to launch her new brand Meadows with an East London pop-up