How do brands get it right in the age of influencer overload?

Gone are the days when a billboard would cause a retail rush and fashion editors could dictate the next season look. The internet flipped the once hierarchical fashion world into a democracy where hushed voices could be heard. Before we knew it bloggers were sitting on front row seats. “Influencers” appeared in the early 2000s but it’s only in 2014 that the Advertising Standards Authority stated a paid partnership must legally tag the brand or include a #spon or #ad hashtag.

Today, people listen to people. According to sources, 88% of consumers trust online recommendations as much as personal ones. Because of this, 65% of brands plan to increase spend on influencer marketing within the next year. But how should brands approach it? Here are a few top tips to follow.

Match your audience
The first thing when approaching an influencer should be to ask for their media pack. This way you can make sure their demographic is what you're looking for – i.e. the right gender (if applicable) and/or old enough to afford or legally own the product.

Find the right platform
Of course Instagram is the main platform for fashion as it’s aesthetics led, but there are others to consider. Twitter is a great place to promote products or events. If a product means more than meets the eye, a sponsored blog post offers an extension. This works particularly well for an event promotion where the brand wants to relay a detailed story about the experience rather than just a few photos of a product.

Keep an eye on social circles
Finding influencers without using expensive tools is just about research. In certain industries they all move in the same circles and go to the same events (such as award ceremonies) so look out for comments. Most beauty bloggers post on each other's photos as they all know each other and want to boost engagement as an “I scratch your back...” type deal.

Engagement over numbers every time
When choosing an influencer to work with, check out their comments section as that’s where you’ll see if engagement will convert into sales. If they have hundreds or thousands of likes but a couple of comments, beware of paid-for likes and robots (it’s a thing).

Think micro not macro
These days big shot influencer feeds look like ad boards and seem disconnected from their followers. A brand is four times more likely to get a comment from a micro influencer than macro. Try to catch the smaller ones early in their careers as they will get bigger (if they're any good) and you can ride the wave of success alongside them. You want the sweet spot where they're not too famous yet but can still make an impact.

It’s about building relationships
When looking for influencers, think longevity. Contracts should be drawn up to make sure campaigns last over a period of time instead of a single quick burst. This way the content seems more authentic as the influencer becomes a longtime ambassador. Also check the influencer doesn’t already work with a direct competitor otherwise your message could be diluted.

Timing is key
Try to spread out the content and tie it into relevant events. Obvious ones are Dry January for fizzy drinks, post Christmas for health and wellness or Valentine's Day for chocolates or flowers. But don’t over do it as as users will get bored of seeing the same thing pop up on their page.

Be natural and stand out
The market has become extremely saturated over the years, particularly when it comes to fashion. The trick is finding influencers that stand out and are saying something different. Recently there’s also been a trend for ‘reality check’ posts as users are beginning to see through what’s real and what’s not. People prefer to hear an honest opinion from someone who wears their heart on their #spon sleeve. 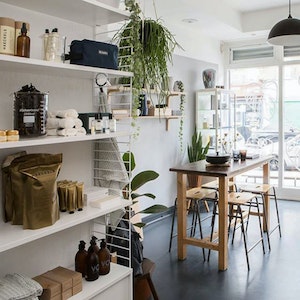 The local neighbourhoods you should have an eye on right now. 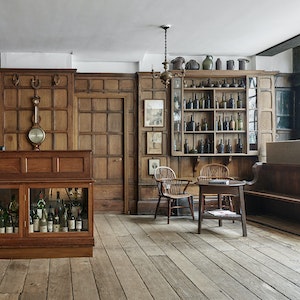 Britain’s oldest wine merchant reveals how it keeps its customers coming back for more.