Whether it’s Nike supporting Colin Kaepernick or Starbucks promising to recruit refugees in the wake of Donald Trump’s controversial immigration ban, there are more brands standing for something socially than ever before.

According to a study by Havas Worldwide, 73% of consumers believe that companies should do more than just offer a product or service, with 57% prepared to boycott a brand that doesn’t align with their social beliefs. This means a brand can no longer just sell products — it also must have a purpose at its core.

In order to achieve this, brands are taking an increasingly activist stance in their marketing as they aim to forge a deeper connection with their customers. Sometimes, this can be a terrible idea (just think of Pepsi’s attempt at wokeness with its tone-deaf Kendall Jenner protest advert), but when it works it can have a transformative effect on a business and open up a brand to more customers. Standing for something can also have a considerable impact on sales. Take Unilever; the FMCG giant’s ‘sustainable living’ brands grew 46% faster than the rest of the business in 2017.

From themes of immigration to female empowerment, here are campaigns that got it right.

Stella
Buy A Lady A Drink

Teaming up with actor Matt Damon and charity Water.org, beer brand Stella Artois lent its support to the latter’s ‘Buy A Lady A Drink’ campaign back in 2015. The campaign’s aim is to provide 3.5 million people, particularly women with families in the third world, with long-term access to clean water by 2020.

The ongoing campaign has been a major success, with Stella selling chalices and the proceeds going towards Water.org. The Matt Damon ads have also achieved major cut-through.

The campaign allowed Stella to shake off its ‘old man image,’ proving how taking a stand can create more substance for a traditional brand. “It is fair to say historically Stella Artois is seen as an older [person’s] brand so we needed a new way of resonating with a younger audience,” said Stella Artois’ senior brand manager Rowan Chidgey. “The ‘Buy A Lady A Drink’ campaign has been perfect for achieving that.”

Fashion has long been an exclusive club, but Tommy Hilfiger’s Independence campaign is helping tear down the paradigm. It kicked off last month with a short film where we dive into the lives of disabled athletes and performers, including Dmitry Kim, a dancer and leg amputee, and Hunter Brown, an opera singer with autism. Directed by James Rath, a filmmaker born legally blind, the film also has full captions and audio descriptions.

The campaign features the brand’s Tommy Adaptive line of clothing — stylish pieces with accessible details like hassle-free magnetic snaps and one handed zippers, for those with physical difficulty, and magnetically unclasping leg openings for easy use with leg braces or prosthetics.

Realizing road safety remained a big problem within the car industry, Volvo took the bold step of promising that by 2020, no one will be killed in one of its vehicles.

A series of emotive ads highlighted how modern cars are not safe and can place people’s lives in danger. Volvo also made headlines after it launched safer baby seats in its cars as well as a water-based spray-on reflective paint called LifePaint, which shows up on clothing at night to prevent cycling accidents and injuries from cars.

The Swedish car maker’s VP of global marketing, Thomas Andersson, told Marketing Week: “Around 14% of those who watched our ad about the child seat took action and interacted with the campaign or bought one of our cars. On average the score is only 5% so I think that shows this renewed safety message is making a major impression.”

Volvo’s new XC60 car recently won multiple awards for safety, highlighting that Volvo is practicing what it preaches with this campaign.

Heineken doesn’t necessarily have a reputation for taking an activist stance, yet its 2017 Worlds Apart campaign succeeded in changing perceptions around the mainstream lager brand.

The ‘Worlds Apart’ ad challenged Brits to break down barriers and find common ground with others who have opposing views. It featured a feminist debating with an anti-feminist and a transgender woman paired up with transphobe, with the campaign trying to prove that even people with opposing views can come together and stamp out their intolerances.

The campaign received mixed reviews from critics, but it succeeded in generating huge amounts of publicity for Heineken on social media while showing the beer brand had depth. Heineken also credited a 3.9% rise in volume sales in the first half of 2017 by customers in the US and Europe who had responded positively to the ad. 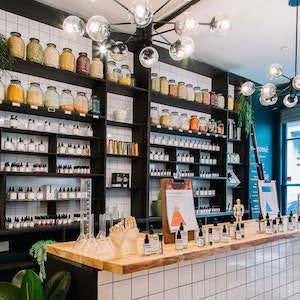 Advice from the shopkeepers on sustainability

How to make a store more eco-friendly 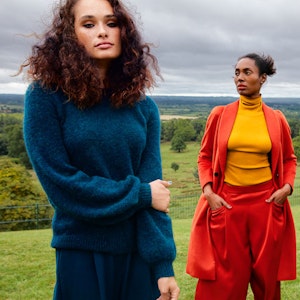 From female empowerment to celebrating immigration, here are five brands that are getting it right when it comes to social activism.