The headline from this article in the UK's The Guardian newspaper should be taught to sub-editors everywhere as an example of best practice. “Sex doesn’t sell anymore, activism does. And don’t brands know it.”

It might not be quite up there with “Freddie Starr Ate My Hamster” in the iconic headline states but it amplifies the story perfectly within a universally recognised aphorism. Of course, the content also helps and in this case the article, published in 2017, is confronting a major truism of modern retail: that activism for brands is becoming de rigeur, but getting it right is a minefield.

A recent report by Weber Shandwick found that 51% of millennials would be more likely to buy from companies whose CEO is an activist. This is nearly double that of baby boomers and Generation X and had increased 10% in just a year (kudos to you, Donald Trump). Similarly, a report called 2016 Millennial Impact Report: Cause Engagement during a U.S. Presidential Election Year found that found 52.5% of millennials now identify themselves as activists. The near-symmetry in these numbers should not come as a surprise and goes to prove that, done right and with authenticity, activism can help engage a huge audience.

As a concept, brand activism isn’t new. Dame Anita Roddick built her billion dollar Body Shop empire around two pillars. 1) Wondrously smelling products that were naturally sourced. 2) Fervent environmental and social campaigning that, amongst other things, directly led to the ban of cosmetic animal testing in the EU. Similarly, Ben and Jerry’s might be best known for their Cookie Dough ice cream but, since being founded in 1978, they have banged the drum for a number of issues, including fair-trade, sustainable packaging and marriage equality.

For both The Body Shop and Ben and Jerry’s, activism was sewn in the fabric of their brand identity from the start. But for companies who decide to adopt a cause, there’s the danger of customers perceiving it as off-brand or designed in any way to bank dollars rather than bankroll better lives. Take Pepsi’s 2010 Pepsi Refresh Initiative, which distributed an estimated $25 million in grants to hopefully improve society. Within two years Pepsi has lost its traditional spot as the second most popular fizzy drink in America – to Diet Coke, one spot behind full-fat Coke, natch – and was estimated to have lost Pepsi’s parent company $350million in this period. Ouch.

Despite this, there are plenty of recent examples of brand activism that have been successful. Last December, Donald Trump announced plans to reduce two previously protected national parks in Utah. The move, which would reduce the 1.3 million acre Bears Ears monument by more than 80% and the 1.9 million Grand Staircase-Escalante monument by nearly half, brought howls of anger from conservationists, Native Americans, and the international anti-Trump league. The next day, Yvon Chouinard CEO of Patagonia the outdoor gear maker, came out swinging: "I'm going to sue him,” Chouinard said regarding Trump, “it seems the only thing this administration understands is lawsuits.” Patagonia followed this up by changing their homepage to the following statement.

The story was covered by Time, The Atlantic, USA Today, Washington Post and many more. It was the perfect piece of example of big brand activism; an outdoors company rallying against a wildly divisive President as he destroys the very thing their customers love. Most importantly, no-one could ever doubt the sincerity of its aims.

Of course, it’s not just brand behemoths that are activists and, for legions for start-ups, they have cause at the heart of their business. CanO Water’s founders resolved to design a reusable can after a trip to Thailand where there saw the devastating amount of plastic and waste dumped there. In Old Street Station they launched a store to highlight the fact that 16 million plastic bottles get sent to landfill in the UK every day, visitors could swap plastic bottles for a fresh CanO Water. They’re now stocked in Selfridges, Whole Foods and ship internationally. Elsewhere, Birdsong is a feminist fashion brand that only sells clothes made by women’s charity organisations. All of its products are ethically made by women’s groups, including migrant, low-income women in Shoreditch, Poplar and Limehouse. They’ve had several roadblock pop-ups in Shoreditch and been the subject of suitably fawning features in i-D, Dazed, Metro, Refinery29 and The Debrief.

All this begs the question: is it the retailer’s responsibility to now have a cause? What happened to good old-fashioned selling a great product in a great shop and hey that’s just great! Much depends on politics– the schismatic times we live in are pushing people’s agendas, and social media allows us to submerge ourselves in the rhetoric of causes that resonate with us. Retailers can play a part in that online and, most importantly, IRL. Why not host a charity supper-club, or program a night of talks around a cause that matters to you? You don’t have to call out the President like Yvon Chouinard but you can make a difference on a local level. If that gets a few more customers through the door, well, that’s just great too.... 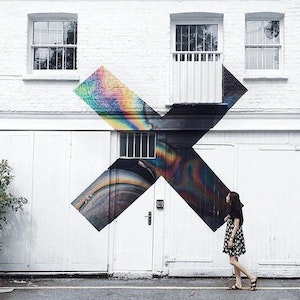 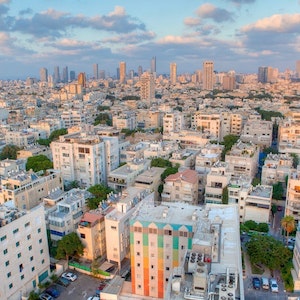