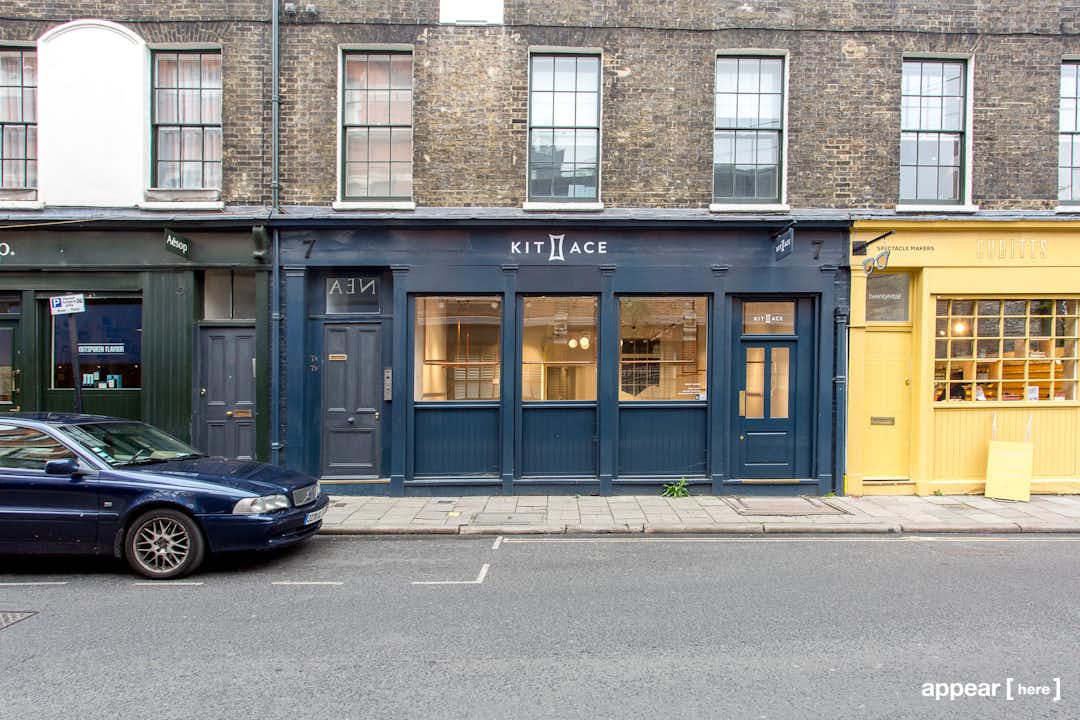 Next to London's favourite Borough Market, Park Street is a well-known little boutique street lined with brands like Aesop, Paul Smith and Cubitts. London’s Borough Market welcomes thousands of visitors each week who come for the artisan breads, cheeses, fresh produce and more. A former Kit & Ace shop, this clean and contemporary retail space with a blue storefront is part of a retail line-up leading tourists and local shoppers to and from the market itself.

City workers head over London Bridge after hours for a drink or bite to eat with friends, but the market dominates at weekends with all kinds of faces. Tourists - moving between the London Dungeons, Tate Modern and here - flock this way to browse the many shops and stalls.

You're in great company with Aesop on one side and Cubitts independent eyewear label on the other. A few doors down, Paul Smith is popular for their selection of gifts. Monmouth Coffee always has long queues, which attracts people down to Park Street.

Building is protected and therefore signage and vinyls are not permitted on the painted areas.

Vinyls are permitted on the windows, however, landlord must give prior approval of these.

Park Street is a side street next to Borough Market itself. It doesn't get as busy here, but a little extra promotion can make sure you're seen.