This week: Whether you spend in dollars or euros, pounds or pesos – what do you prioritise?

August is Black Business Month in America. Not familiar? It’s a national holiday that started back in 2004.

So how, and what, are we celebrating this year?

• 2020 saw more new Black-owned enterprises in the U.S. than at any time in the last twenty-five years – outpacing white and Asian-owned businesses. The majority of them are also run by women. Although cities like New York and Atlanta hold the top spots for the highest concentration of Black-owned businesses in the country, things are happening across the country, with new business registrations tripling in majority Black neighbourhoods in Texas. But is that enough? “Black-owned businesses can reach their full potential only if they have all of us as customers. Too often, they find success in the predominantly Black neighborhoods of [Boston],” reported The Boston Globe.

• The entrepreneurship label can sugarcoat disparities in funding, access, and necessity though. “A lot of times the issue is people’s jobs are not paying enough,” said ReShonda Young, director of an accelerator program for Black entrepreneurs in Iowa. Still, she’s optimistic about their resilience. “Part of it is because there’s such great support that they have for one another. The way that they cross-promote one another’s businesses is incredible.”

• Beyond cross-promotion, there’s a sense of responsibility for the community at large and what a business can symbolise. “[The store] is bigger than me. I want to spark some brains in the community,” said Christian Walker, founder of Studios and one of California’s youngest Black business owners. “I dreamed of owning a shoe store, and now I have a space to inspire other young folks in Oakland.”

22% of shoppers are now seeking out Black and POC-owned businesses to support. “[Over] a year after the peak of the protests, which may have been the largest social movement in U.S. history and quickly spread across the globe, businesses are looking for ways to convert that chaotic surge of interest into regular, reliable sales,” reported The New York Times.

Not to be outdone, the Brits are looking to mark Black Pound Day not every year – but every month. The first Saturday, to be precise.

• “I did wonder whether to do it as a yearly event… but I felt the disparities and systemic inequalities we face as a community now, and have faced in the past, meant we needed an event that was regular and consistent enough to offset some of those imbalances,” said Swiss, the rapper and founder of Black Pound Day, which he launched in June of last year. “It is hands down one of the most important movements I have ever taken part in, as a business as well as a consumer,” said Cherelle Brown, founder of KitschNoir.

• Need a rundown of those inequalities? The year is 2021, and there are no Black CEOs or chairs at any of the top 100 companies in the UK. Only 5% of SMEs are run by BAME owners. Black-owned businesses are disproportionately underfunded, receiving less than 1% of investment. “That lack of capital creates problems when budgets don’t stretch,” said Khalia Ismain, founder of Jamii. Let’s top that off with these figures: if everyone spent £10 a week with Black businesses, that would mean £1.9 billion deposited into the Black community.

• In 2020, Londoners Googled Black businesses more than ever since the internet literally started. (As if we needed another reason to love y’all). Natalie Manima, owner of housewares brand Bespoke Binny, credits shoppers’ sustained interest in Black-owned retailers to allowing her to expand operations and hire a team over the past year. “I have gone from a one-woman show to this, and I know that it’s all down to what happened in June,” she said.

“With Black Pound Day, I’m tackling the issue of discrimination from a business perspective... It will have a domino effect. Every community knows you need a good foundation in order to thrive,” said Swiss.

When money talks, what can it say? 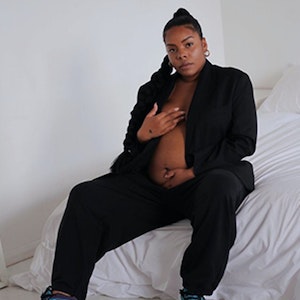 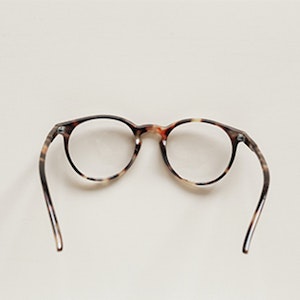 Where DTC is heading, and where does it have left to grow?