This week: Preserve our sanity. Save our restaurants. (And cafés, pubs, canteens, bistros, and bars).

THE GREAT BRITISH FUCK UP

At the start of the month, trade body UKHospitality reported that sales across the food sector were averaging at 80% of last year’s levels. The tally from the government’s industry-boosting Eat Out to Help Out scheme totalled 100 million meals claimed in August. Now, the confidence-in-returning-to-restaurants rug has been pulled out from beneath us.

What a difference 25 days makes. After months of being coaxed back into the office, workers are now being urged back home, and a closing time for eateries has been set.

• Chaos reigns. Or at least it does when directives are issued without details. “Does Mangal 2 stop taking customers at 10pm? Or are last orders at 10pm? Maybe customers need to pay by 10pm?” tweeted the East London stalwart. While the government later clarified it’s doors shut by 10, the profit-shaving deadline still sows confusion. “Restaurants were left to second-guess what it is about their operations that makes a 10pm curfew effective against a clock-agnostic virus,” reported Eater.

• The hospitality industry is pointing to a lack of evidence to support the new restrictions – with only 5% of cases traced to food outlets, according to data from Public Health England. The repercussions might be huge. JPMorgan Chase estimates that just a two-week shutdown of the industry could wipe out 2% of England’s GDP. With a six month timescale on the new rules, we’ll be well past the withdrawal of the furlough scheme – which means 900,000 jobs in the hospitality sector are at risk. An extension of the VAT cut along with a new wage subsidy scheme for part-time employees has been announced, but there’s no recourse for establishments unable to afford their share of wages or reopen before the end of October.

• The inconsistency isn’t exactly confidence-inspiring. Why is a concert hall exempt, but a grassroots music venue potentially is not? Why does a service industry employee have to assume more risk than someone with a desk job? “Offices are perfectly safe for drinking and pubs are ideal places for administrative work. Eat out at home if you can,” satirised The Daily Mash. The cognitive dissonance is apt.

Gallows humour aside, loneliness is toxic. The average number of people we interact with daily has halved. Young and old alike – we’re all feeling the effects of isolation.

Be it a kebab shop or burger joint, cocktail lounge or local watering hole, connecting with others over a meal is in our very DNA. For Londoners coexisting in close quarters, the city is our living room, the restaurants – our communal kitchens. We need them and they need us, now more than ever.

So what does the F&B scene look like in our other favourite capital city? In the six months that indoor dining has been off-limits in NYC, there’ve been plenty of painful closures – but take heart in the 120 new restaurants that have opened their doors.

Eater’s NY editors lauded a few of Fall’s most anticipated eateries, including Crown Heights’ coffee shop Daughter, which will reinvest 25% of profits towards funding new business ventures in their neighbourhood.

• The City Council has just approved a “Covid-19 recovery charge” – allowing restaurants to add a surcharge of up to 10% on table service. The New York Times reported on a “divided reaction” amongst restaurateurs, who are wary of raising prices on patrons. “This bill is only meant to be one tool restaurants can apply to try to survive right now,” said NYC Hospitality Alliance executive director Andrew Rigie.

• Establishments are gearing up for the return of indoor dining on September 30 – capped at 25% capacity. “It’s the first chapter of a better story. 50%, 75% and hopefully 100% one day,” Foo Kanegae – owner of ramen shop Karazishi Botan – told Grub Street. As a pop-up concept built during the pandemic, Bloomberg calls Outerspace “a restaurant that was literally made for the moment.” “We’re in the same position as most small business owners; we have to evolve to survive in creative ways,” said co-owner Molly McIver.

• The city’s “streeteries” have grown from make-shift to more elaborate, and there’s no lack of experimentation. A French restaurant in Manhattan installed actual plastic bubbles, which one diner deemed “dope.” Braving inclement weather has become a new badge of honour. Still, NYC’s outdoor dining permits are set to expire on Halloween. When asked about any extension plans, Mayor Bill de Blasio cryptically responded: “What makes sense? What doesn’t make sense? How will that work?”

Maybe ol’ Bill should take a look at Chicago, which has partnered with design firm IDEO to announce an open call for solutions to (safely) encourage cold-weather outdoor dining.

“What if we spent Covid winter outside … and enjoyed it?” wondered Alexandra Lange in Bloomberg CityLab. Recounting the multiple purposes of the baked potato sold on Victorian-era streets, which offered “a little food, a little fire, a little chat” – Lange proposes a celebration of the cold: in the form of meal-centric, outdoor gatherings.

“This is the Winter 2020 question in a nutshell: What if instead of scolding people for their social needs, we got understanding, and then we got creative?” 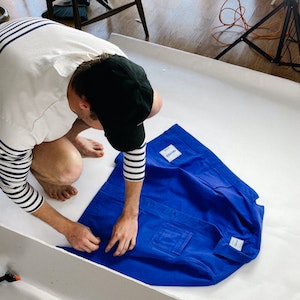 How to start a fashion brand

From the concept to supply chain, the founders of Desmond & Dempsey and Paynter Jacket Co. give their advice. 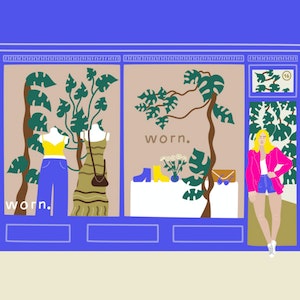 Founder Bella Buchanan looks back on the last few months of her business.