Brands of all sizes will tell you that the key to staying successful today is staying relevant. But grabbing the attention of new customers while keeping your existing ones engaged isn't as simple as it used to be. However, some retailers last year found a way to step outside the usual brick-and-mortar box, by turning their stores into exciting spaces that connected with the online experience. Here are the brands that nailed the retail game — and went viral while they were at it.

Since the brand’s launch in 2012, Rachel Mansur and Fiona Gavriel’s accessory label, Mansur Gavriel, has been a masterclass in the importance of statement branding and art direction. Mansur’s very pink pop-up on Wooster Street in New York’s SoHo neighbourhood was a physical interpretation of the label’s branding — minimal, chic and covetable. With every inch covered in pink, the pop-up was presented more like an art installation than a traditional stores assuring its prominence on social media.

And prominent it was. In the opening weeks, influencers and industry insiders flooded Instagram with images of the store. They weren’t the only ones taking note — it was called “the store you’re seeing all over Instagram” by WhoWhatWear, while Vogue’s rave review confirmed the pink-clad pop-up lived up to the hype. Products were organized by colour and visitors were invited to interact by creating their own floral bouquets, providing value even for those who didn’t make a purchase at the time.

The takeaway: The solid color theme made this space both memorable and immediately noticeable on the street, and online. In short, make a statement with your design and people will be rushing to be the first to share it with their friends and followers.

2017 was the year of Supreme, thanks in part to large-scale collaborations with Louis Vuitton. The theme of the Supreme X Louis Vuitton collaboration could be making the impossible possible — after all, a few years ago news of this collaboration would have puzzled more than a few — but what made the collaboration unique was the vastness of it all. With pop-up locations around the world, all stocking limited editions of the highly coveted co-branded collection and fuelled further by the outright denial of a permit request for a pop-up on Bond Street in New York, this was globalism at its best.

The takeaway: When it comes to collaborating, fortune favors the bold. By pairing with an unlikely partner, Supreme and Louis Vuitton increased their press coverage and pushed their brands creatively. Be clever in your partnership choices and focus on creating interesting collaborations that people won’t expect.

Filled with colourful flowers, fresh coffee, and social media-friendly vignettes (you would know the “Bonjour New York” floor tiling if you saw it), Sézane celebrated the launch of its New York address with a dedicated #BonjourNewYork hashtag and matching branded products. Influencers including Joanna Goddard of Cup of Jo and Julie Sariñana of Sincerely Jules created digital buzz by promoting the opening with styling tips and dedicated posts. #HelloNewYork indeed.

The takeaway: Offer an experience your customers will want to share. Sézane capitalized on its effortless French girl vibe by providing a place for New Yorkers to hang out and let some of the cool rub off on them. By creating Instagrammable experiences — a photo-friendly cup of coffee, for example — Sézane created an on-brand space for their customers to enjoy and share.

4. Burberry’s “Here We Are” at Old Sessions House, London

Burberry’s former Chief Creative Officer Christopher Bailey taught us two is often better than one when he paired the label’s Spring/Summer 2017 show with "Here We Are," a series of photographs documenting British life. Shown in the stately Old Sessions House, this one-two punch of fashion and photography showcased fine and commercial art in a variety of mediums while creating a clear view of modern British life in a classically beautiful setting. The fashion world responded enthusiastically with coverage from bloggers, influencers, and press alike, who hailed this unique fashion show/exhibition.

The takeaway: Creating a fashion experience that also celebrates other forms of art does a few things — not only will you provide visitors a complete view of your brand, but collaborating with artists in multiple mediums also helps to generate buzz across industries.

Is it safe to call Glossier the most digitally savvy beauty brand out there? We think so. No stranger to unique retail concepts (hello, Glossier London on Portland Place and New York showroom), the brand launched its first fragrance with a deep red, ultra-luxe space just below its much-loved penthouse showroom. The concept store, labeled an “offline experience” despite the Instagram-focused pre-launch promotion, sold only the fragrance which customers could purchase after trialing in live-action dressing rooms, documenting their experience on Instagram Stories along the way.

The takeaway: Sharpen your focus. Glossier kept it luxe, put experience first, and only sold one product – and the store went viral, thanks to a performance art-inspired space filled with infinity mirrors, bright colors, and sliding panels designed for an audience hungry to create shareable video content.

In 2017, Belgian artist Carsten Höller and Prada joined forces in a unique collaboration. Höller created two neon-lit nightclubs for Prada at Art Basel, titled Prada’s Double Club. Launched to coincide with Prada’s store opening in the Miami Design District and other Design Miami events, the pop-up capitalized on the city’s cultural events and catered to an art-savvy audience.

Prada’s Double Club brought in high-voltage stars, generated a slew of publicity, and proved to be one of the biggest parties at Basel. Further, the clubs built on the reputation and buzz of Prada Marfa, Michael Elmgreen and Ingar Dragset’s 2005 exhibit, and solidified the Italian house’s tradition of partnering with well-known artists.

The takeaway: Instead of trying to create buzz on your own, find a popular event or idea that fits with your brand and attach yourself to it. By partnering with a well-known artist and positioning themselves at one of the fashion, art, and media world’s biggest events, Art Basel, Prada guaranteed itself buzz and plenty of coverage. 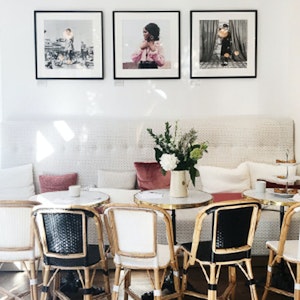 The rise of the apartment store 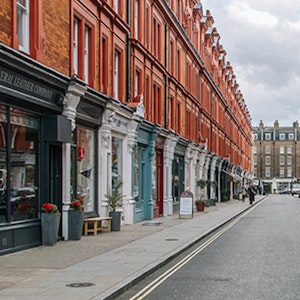 The streets you need to know about for setting up shop in 2018.