Reese's Puffs Cereal x Travis Scott is on Appear Here with 200,000 other brands
Get started 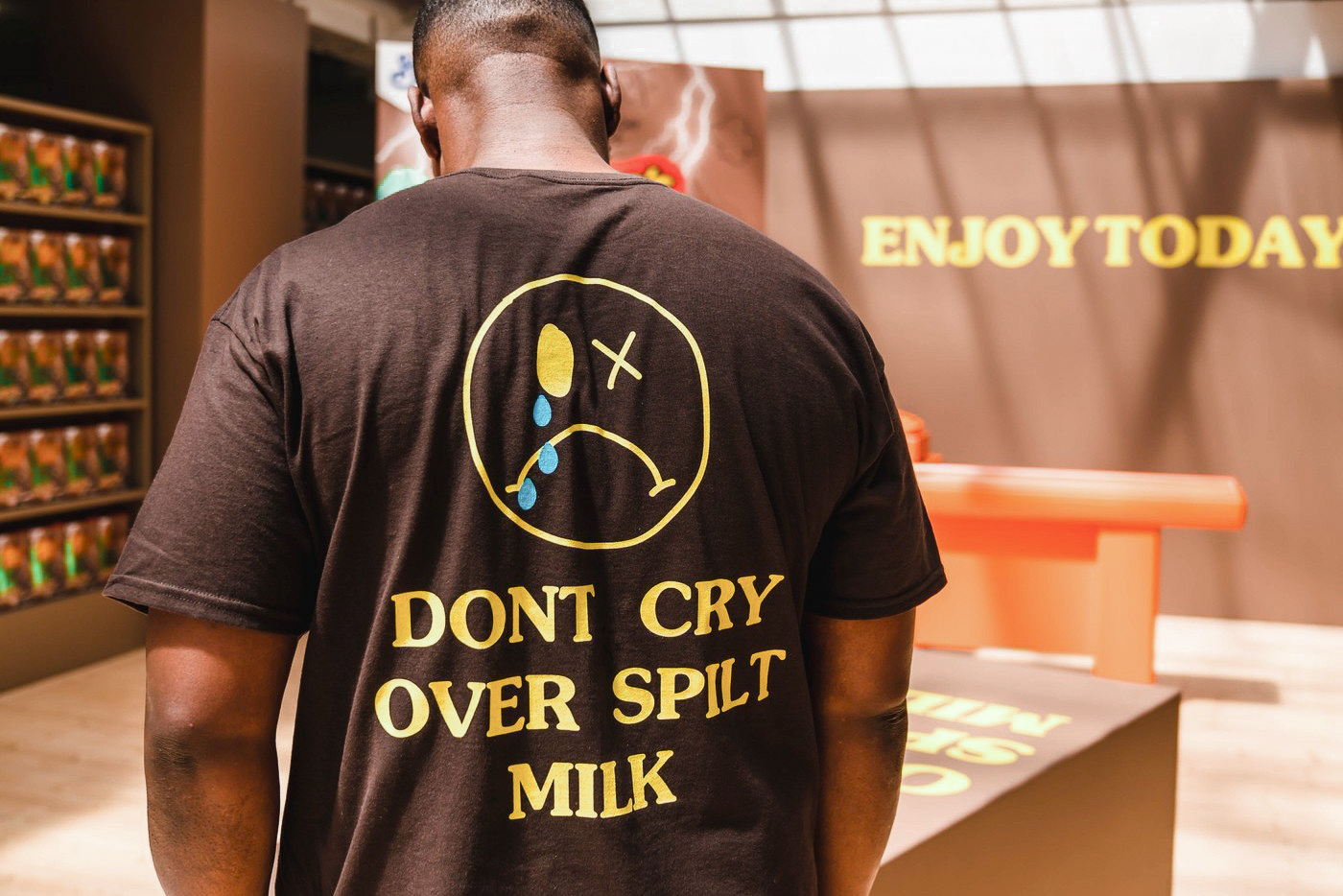 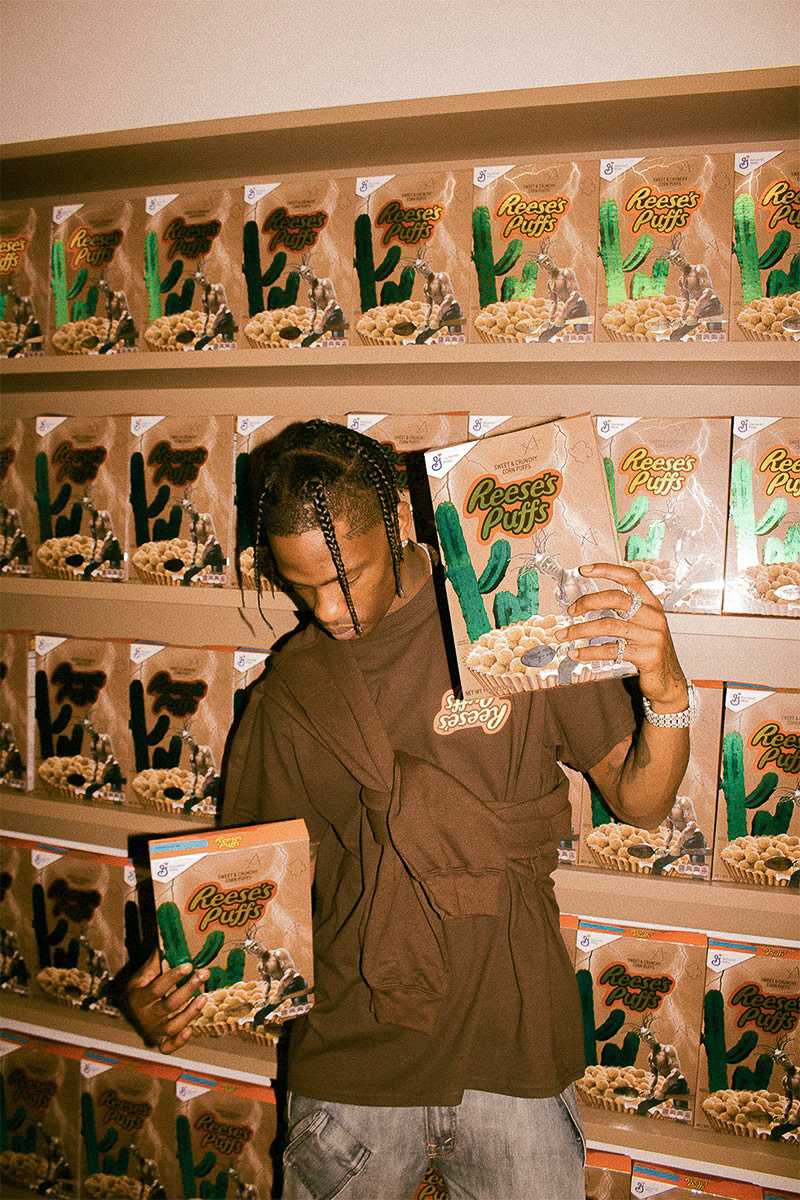 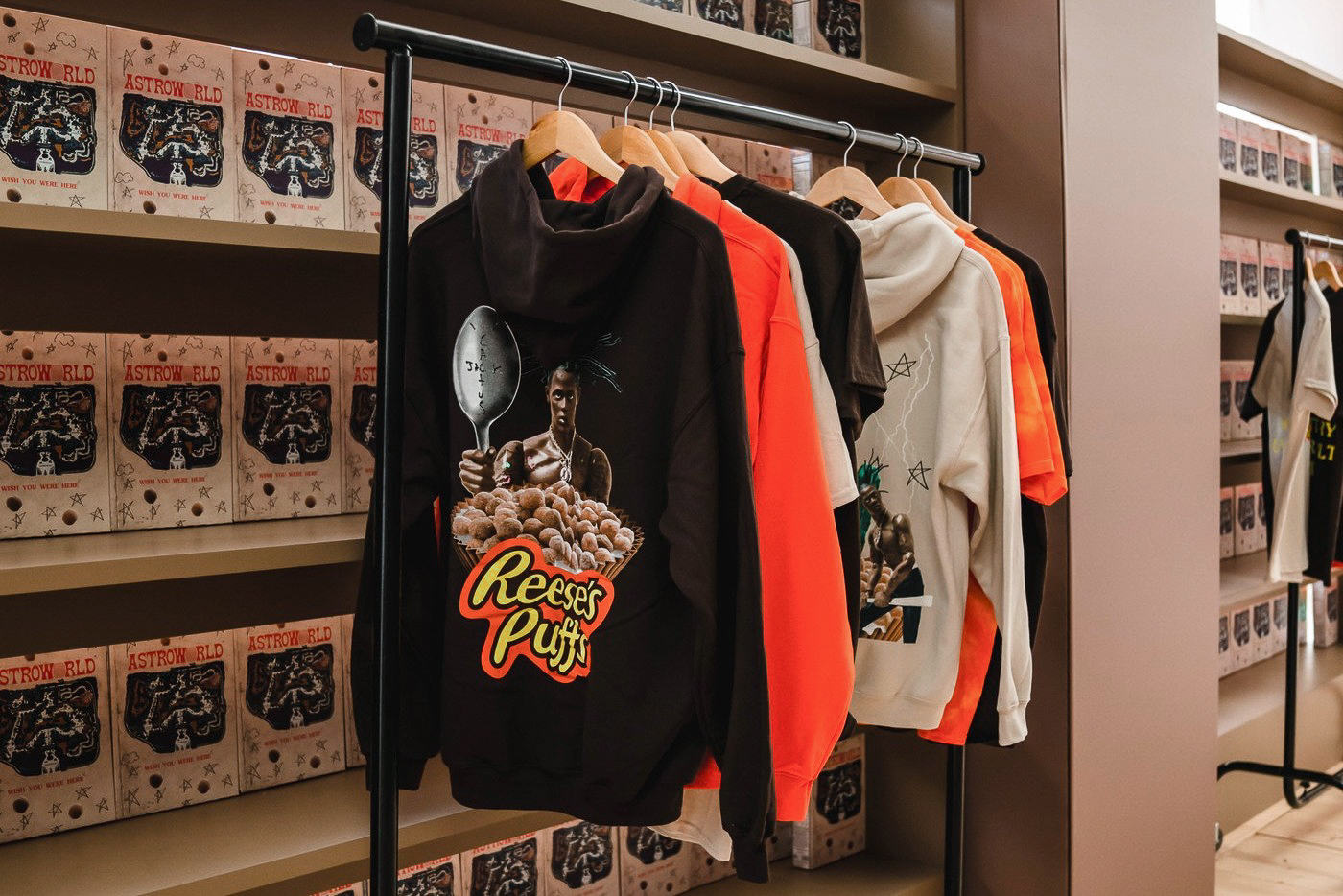 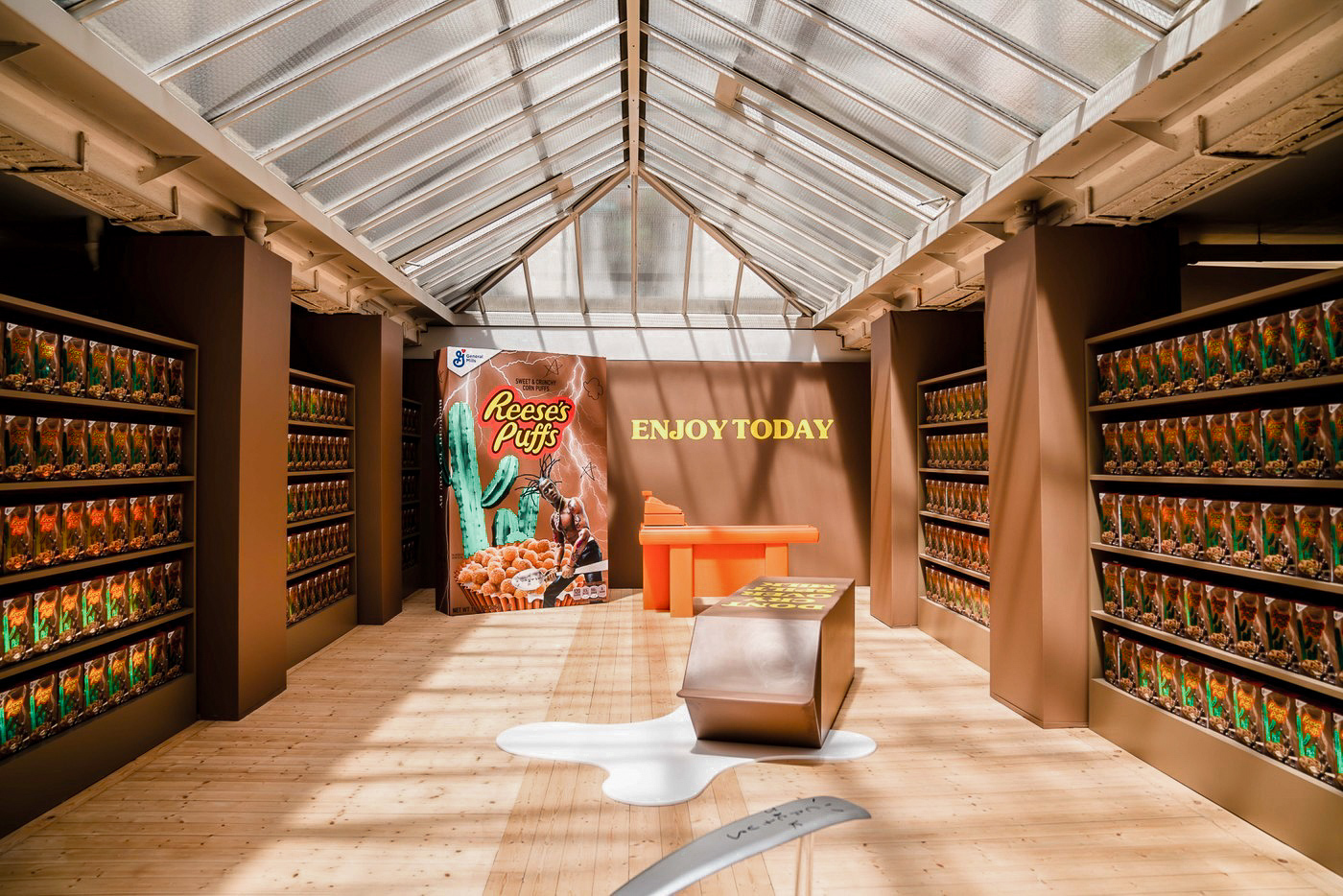 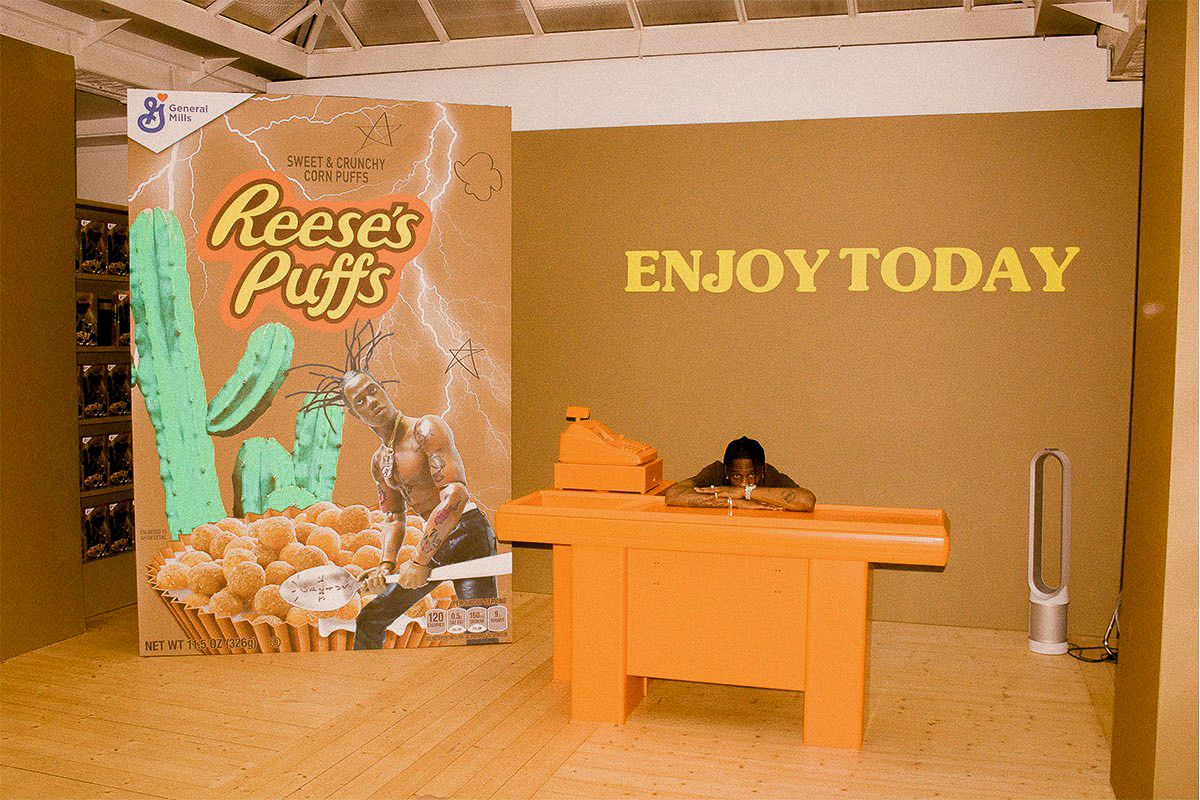 Reese’s Puffs Cereal collaborated with rapper Travis Scott to release a limited edition collection including cereal box, bowl and spoon. Scott’s designs took inspiration from the Cactus Jack Records visuals as well as his own album aesthetic, Astroworld. The collection was showcased in a pop-up in Paris where fans could also buy a line of limited edition co-branded merchandise, including hoodies and shirts. Despite being open for only four hours, the pop-up had features in publications such as High Snobiety, The Fader and Hypebeast.