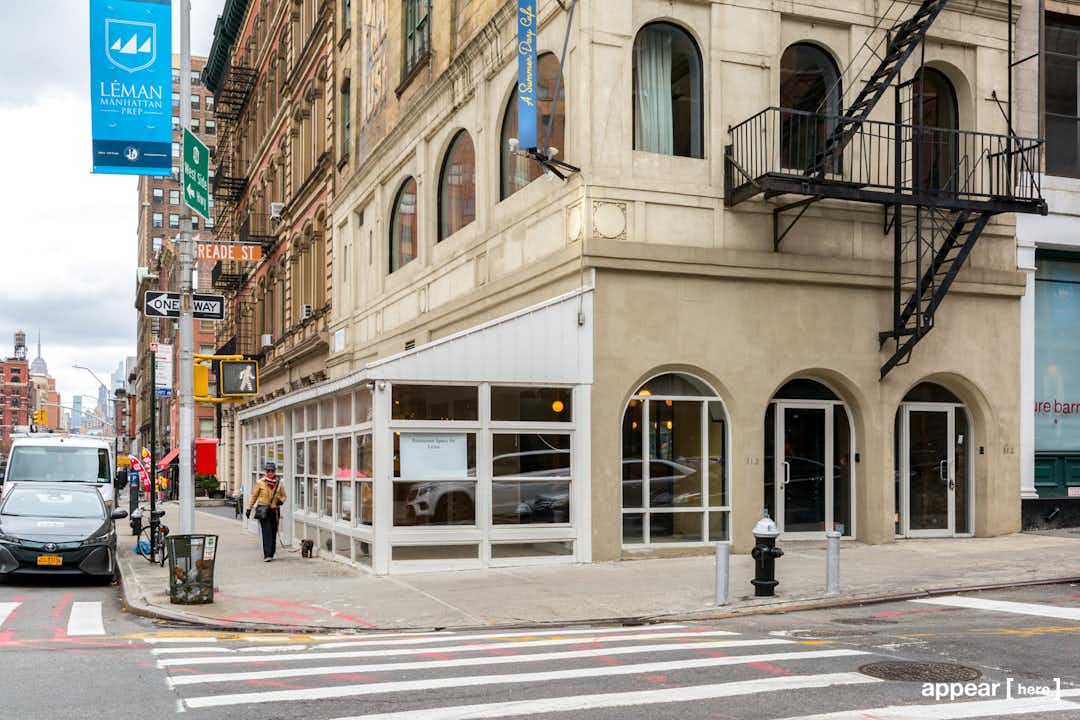 This bright restaurant / retail space to rent is on the ground floor of a corner building in Tribeca. It has a glass façade, a kitchen, a separate bar area, and ambient lighting. It also has hardwood floors and wood paneling. You’ll be in one of New York City’s most highly coveted business and commercial areas. You’ll be up the block from The Odeon, a laid-back American restaurant. Khe-Yo, a restaurant offering Asian fare, is also steps away. Both the financial district and historic Chinatown are nearby.

You’ll find an affluent crowd of finance and business professionals, as well as those in the media, creative and entertainment industries, working, dining, and shopping in Tribeca. The restaurants, bars, and lounges also draw steady crowds of tourists who stay at 4-star hotels like The Frederick down the block. They also eat at upscale restaurants such as Marc Forgione two streets over. The area is also
known for its late night bar/lounges like Reade Street Pub & amp; Kitchen that happens to be one street away, ensuring a steady and diverse crowd at all hours.

You’ll be on the same street as Boomerang Toys, selling movie memorabilia among other collectibles. Takahashi, an understated Japanese restaurant, is two blocks away.

It will take some capital to fit out this sizeable space but its location in a great family-oriented neighborhood would make it ideal for the right established brand.