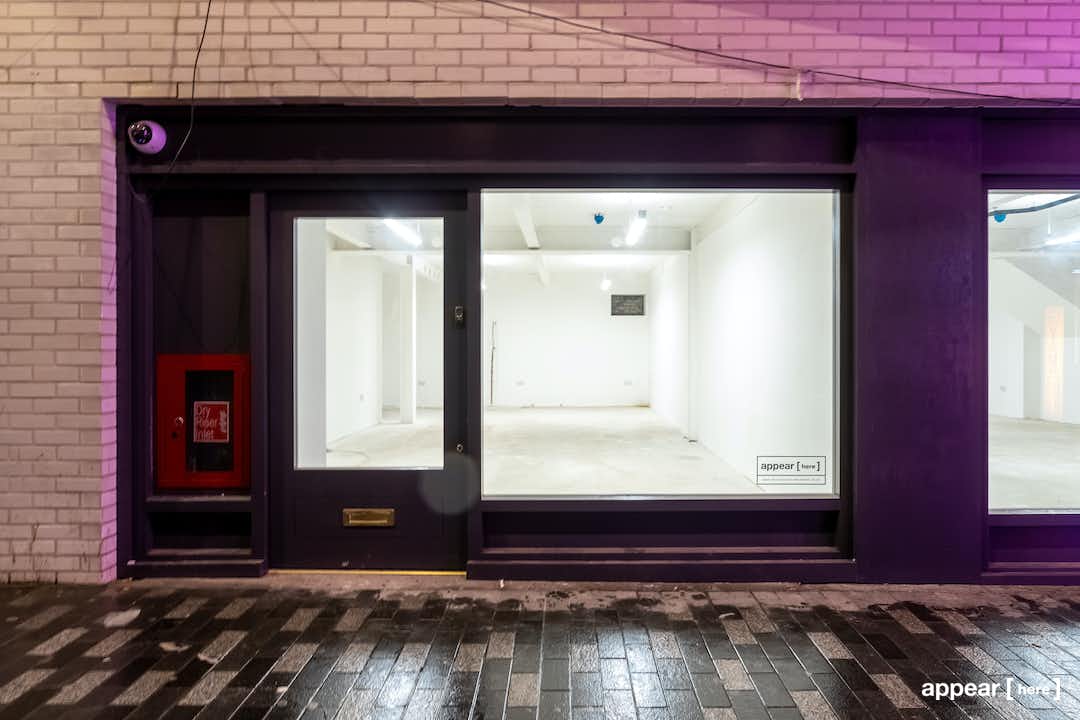 This well-trodden Soho alleyway connects the fashion hubs of Berwick Street and Brewer Street. The streets surrounding Walker’s Court are packed with cult brands such as Supreme, MC Overalls, Champion and Folk. This newly white boxed space will appeal to a fashion or accessory idea that wants to attract the style-conscious shopper.

A well-worn path between Brewer Street and Berwick Street, this neon-lit alleyway sees a steady stream of young media workers and tourists passing through, especially now the Boulevard Theatre and its new restaurant and bar are open. Rupert Street food market attracts hordes of hungry workers on weekday lunchtimes, and at weekends you’ll see Londoners, locals and tourists shopping around Soho’s cult brands and independent boutiques.

You’ll be sharing Walker’s Court with the brand-new Boulevard Theatre and Diamond Jack’s, Soho’s longest-running tattoo parlour. Popular favourites Supreme and Stussy see a constant stream of locals and tourists throughout the week and especially during the weekends. The popular streetwear brands Supreme, Palace and GCDS are nearby on Berwick Street and Brewer Street.

This space is bare and will need some exciting features added. Ask our additions team about this and they will be happy to help. View the additions website here.