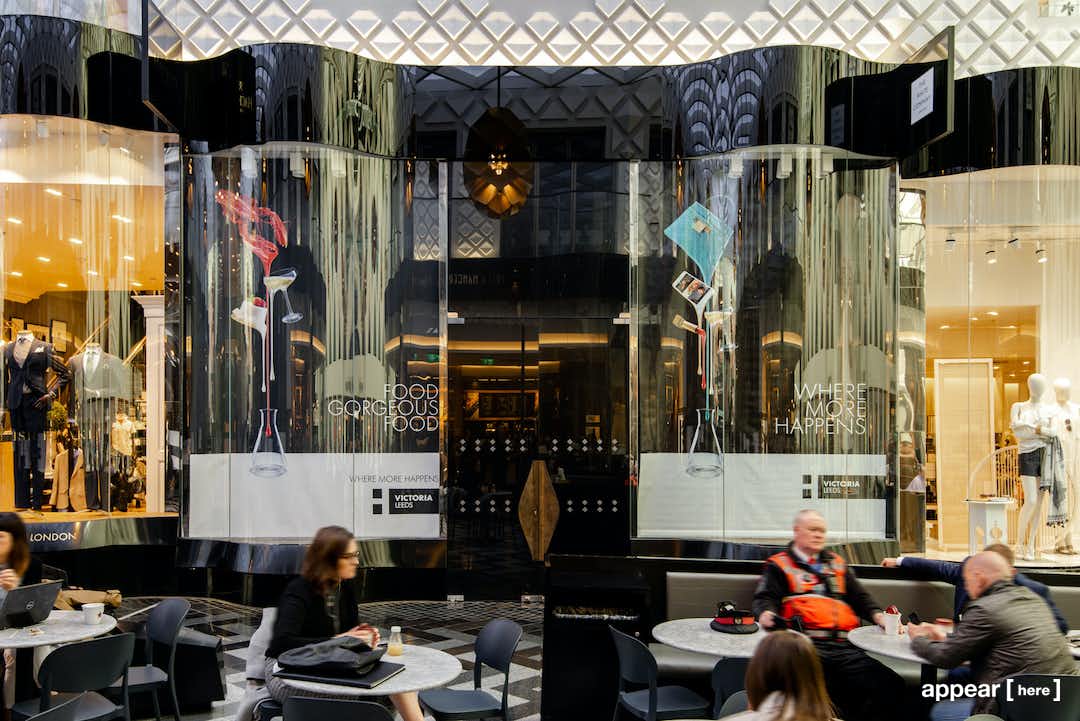 Leeds' newest shopping arcade, Victoria Gate, has attracted 17 new brands to Leeds, including Anthropologie and & Other Stories. Close to the flagship, five-storey John Lewis store (the largest outside London), this large retail space to rent has high ceilings, rigged spotlighting and a small storage corridor at the back.

With its quirky boutiques, designer stores and beautiful arcades, Leeds city centre is a shopper’s paradise. Victoria Gate’s high-end shops are a lure for some of the city’s more affluent shoppers, but a household name such as John Lewis is a big draw for everyone from locals to out-of-towners. While weekends are busiest, weekdays still see plenty of people passing through. Leeds bus station is over the road, the train station is 10 minutes’ walk away.

High-end lifestyle store Joules and Calvin Klein are your next door neighbours, and luxury leatherwear designers Aspinal of London is opposite.