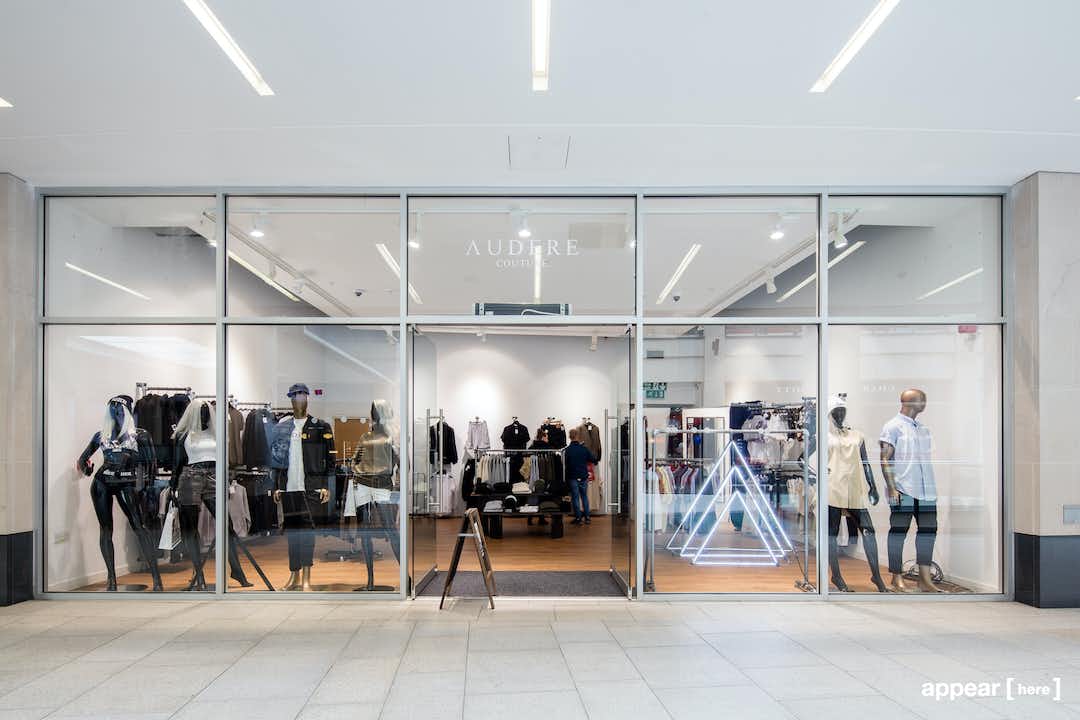 Trinity Leeds is a million sq ft retail and leisure complex in the middle of Leeds city centre. Attracting approximately 23 million visitors a year, it's the destination of choice for shoppers – and home to over 120 stores. Become a hit here.

This space is next to Phillip Stoner jewellery and Unico, with Cafe Nero's seating area just in front of the shop. It's in good condition, with plastered walls and laminate flooring. The spotlights in the ceiling illuminate the large space and the glass frontage lets in plenty of light too. There is also a toilet and storage room at the back.

With the largest Superdry outside of London and a recently extended Marks & Spencer, there's plenty to keep shoppers coming to Trinity. Add your name to the billing alongside Next, Topshop, Armani Exchange and Urban Outfitters.

Trinity Leeds features over 120 stores across 1 million sq ft.
It attracts 23 million visitors every year in in a city with a high student population.
The centre is anchored by Primark and M&S and major retailers include Victoria's Secret, Topshop and Superdry.
There's also an Everyman cinema and two D&D restaurants on site.

Pricing is exclusive of business rates and subject to contract.

All tenants must provide daily sales data on a weekly basis to the landlord.

This space does not have built-in fitting rooms - though you can speak with our additions team so organise this without any building work.