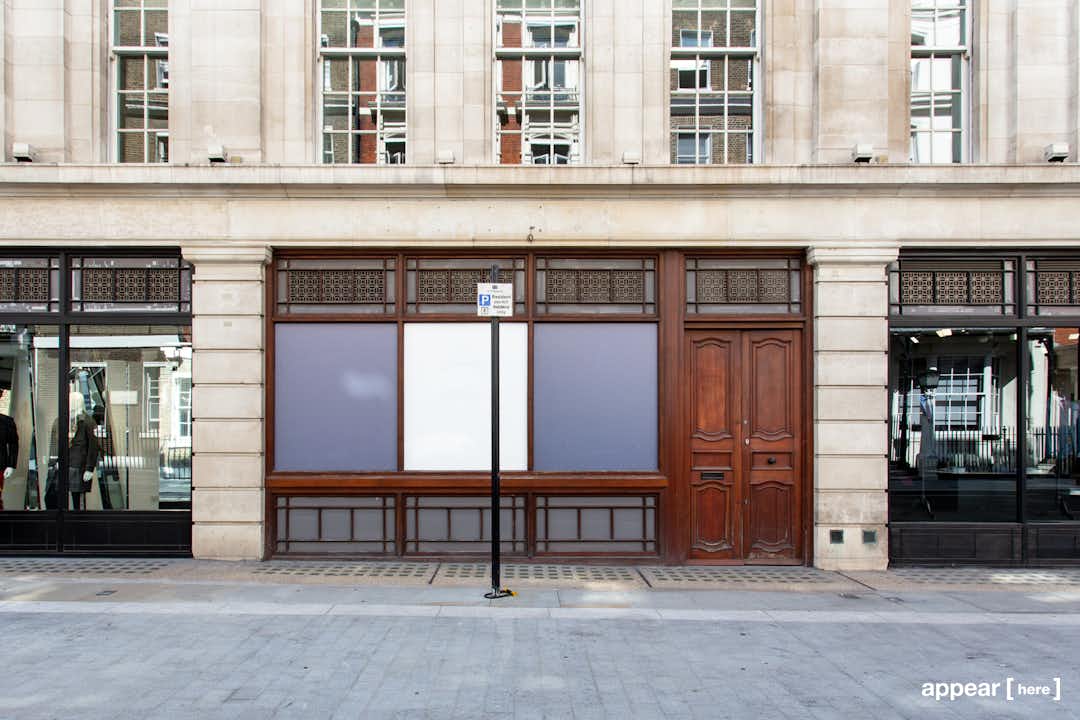 Where else but Mayfair would you find the birthplace of bespoke tailoring? Home to some of the world’s oldest and most influential tailors, Savile Row is synonymous with luxury, elegance and style. More than two decades ago, Ozwald Boateng rocked the old guard when he started selling his jewel-coloured suits here. Are you ready to do the same by introducing your idea to this shop to let next to his flagship store?

Savile Row is still renowned for its world-class tailoring and luxury menswear brands, and as a result some of the world’s most stylish men come here to get suited and booted. The likes of Alexander McQueen, Henry Poole & Co (where Winston Churchill bought his suits) and Huntsman & Sons over the road attract a steady stream of customers all week round. You’re in the middle of Mayfair and moments away from Regent Street and Bond Street, so it’s rarely quiet here. Piccadilly Circus station is a six-minute walk.

You’ll be in between Ozwald Boateng’s flagship store and the French luxury label Lanvin. Opposite is where Henry Poole & Co invented the dinner jacket, and they’re still there today.

The space is available to rent for a minimum of 1 week and a maximum of 3 months.

Redecoration and renovation is allowed.

As the landlord is answerable to a board brands will be required to provide a small brand deck at offer stage and landlords will need a 10 day window for feedback before accepting final offers.

The basement is quite stripped back and industrial looking so it will need some work if that won't suit your brand.

The landlord is looking for brands that will suit Savile Row, preferably a tailor.