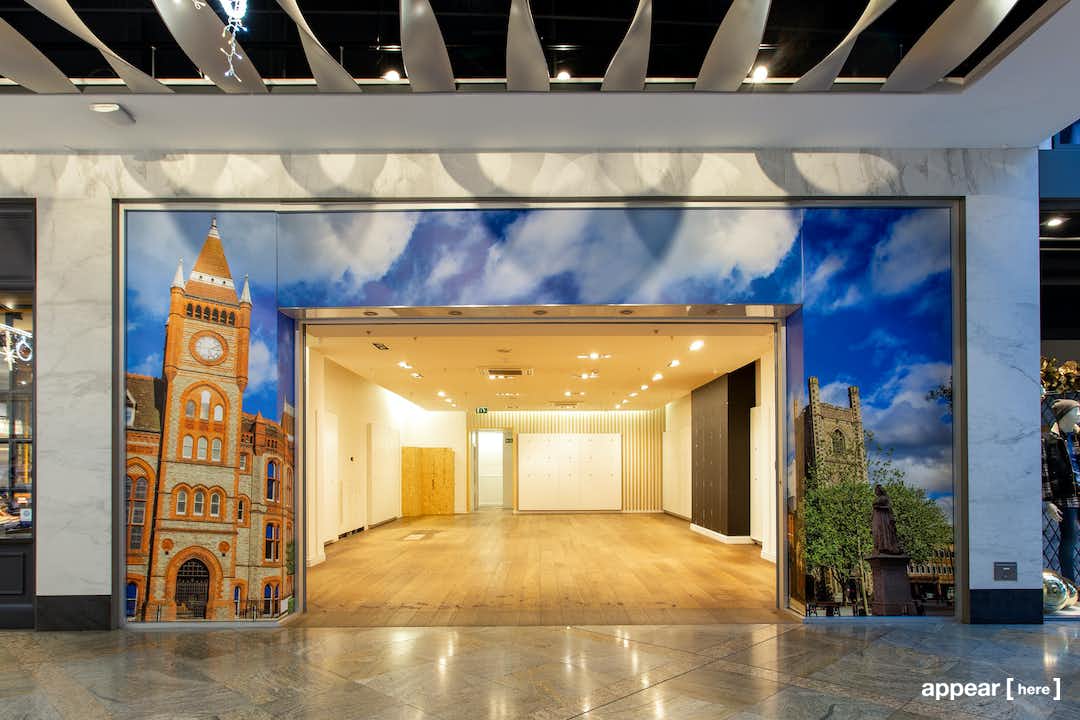 Named after the 17th-century workhouse that used to stand on its site, The Oracle is a firm favourite among Reading’s shoppers for its blend of high-end brands and high street favourites. Introduce your idea to the 15 million people that come here each year in this ground floor retail space near the entrance from the popular Riverside development’s pubs, eateries and cinema.

Having attracted names not found elsewhere in Reading, such as Apple, Hugo Boss and Reiss, The Oracle is a hit with the town’s largely affluent locals. And, with the railway station only 15 minutes’ walk away, it’s handy for shoppers from around Berkshire and further afield, too. With over a million people strolling through its doors every month, The Oracle sees quite a steady crowd of shoppers passing through, although weekends are much busier than weekdays.

You’ll be in between two big clothing brands, Gant and Timberland; Goldsmiths is next door but one. Opposite are Sunglass Hut, Hugo Boss and Jones Bootmaker.

The Oracle is home to over 110 shops and restaurants; key tenants include Debenhams. House of Fraser and an 11-screen Vue cinema.

Footfall is 15 million people per year.

74% of The Oracle shoppers are in the top three highest-spending Acorn categories.

The space is in pretty good shape, but it will need sprucing up before you move in.