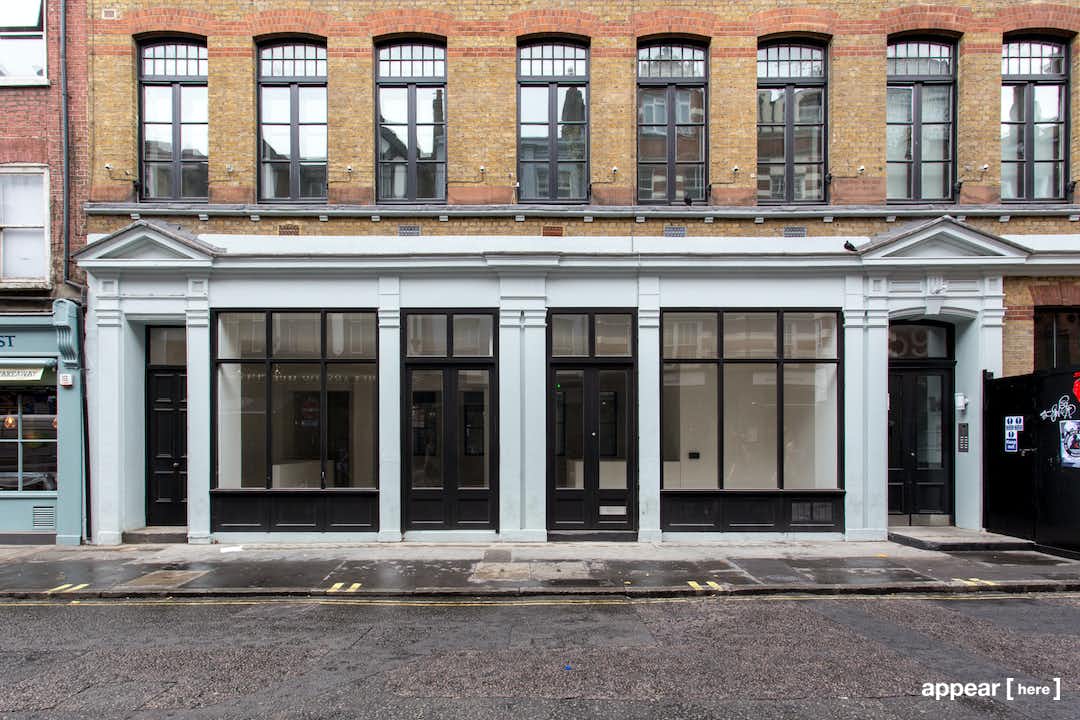 With its well-known food and drink scene, Greek Street runs right through the middle of colourful, unpredictable Soho. Opposite the Pillars of Hercules, one of the area’s most famous and historic pubs, this white-boxed space is available to rent for pop-up retail, events and exhibitions, and has large windows facing out onto this busy central London street.

Soho’s usually sleeping off the night before in the mornings, although you will see creatives and media types making their way to work, plus some of the students attending the Condé Nast College of Fashion & Design down the road. Weekday lunchtimes and evenings bring businessmen, tourists, shoppers and local workers to the street’s many eateries and bars, including the renowned 10 Greek Street and the Hercules. Saturdays are lively from lunchtime until late, and Sundays get busy during the day and early evenings. It’s a five-minute walk to Tottenham Court Road and Leicester Square stations.

You’re opposite three great bars: Milroy’s, 68 and Boston, and Bar Hercules (as the Pillars of Hercules is now known). The historic House of Barnabas is nearby, now a private members' club and homeless charity.

Greek Street is more known for its dining and drinking scenes than its shopping, but exposure on this street is what counts.

This space has no power points, water or toilets