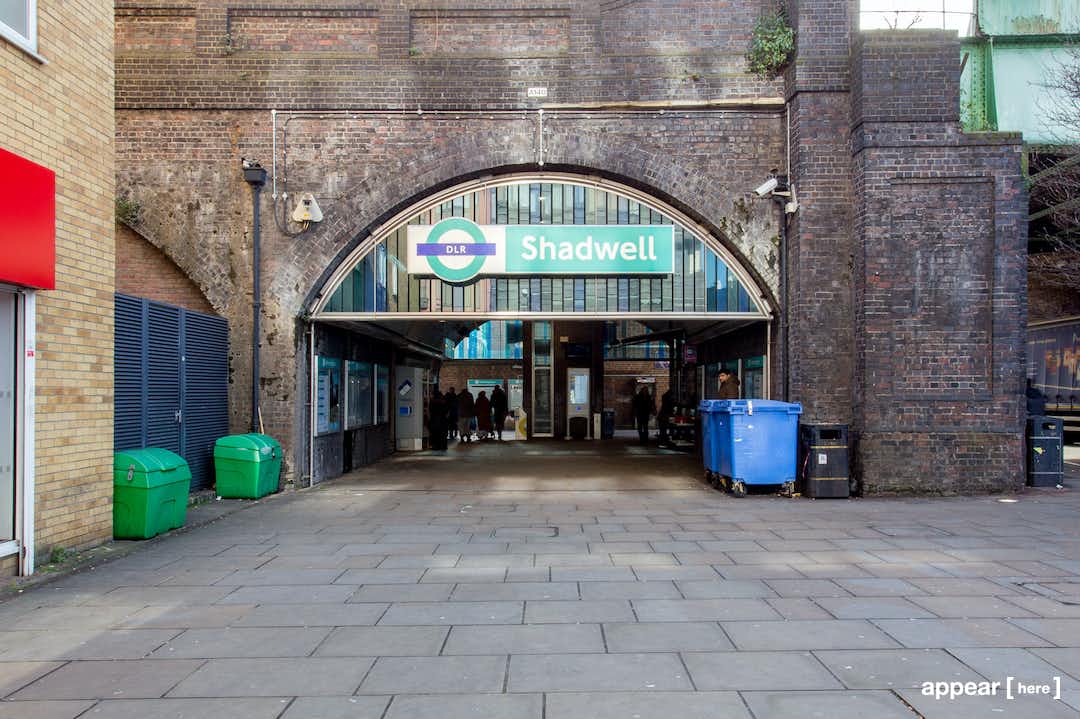 Not yet as salubrious as neighbouring Wapping, nonetheless Shadwell is starting to shake off its rough reputation and is now a neighbourhood to watch. Sitting within the archway that connects both of Shadwell DLR’s entrances (one of which is close to the Overground), this experiential space can house a team of four people to spread the word about your brand.

Shadwell’s affordable flats, new warehouse developments and central location are drawing in young families and finance-sector workers alike, and its DLR station now sees more than eight and a half million people pass through it each year. Shadwell DLR sits to one side of Watney Street, where the community market that draws in grocery and clothes shoppers six days a week between 8.30am and 6pm. Nearby, the faded glory of Wilton’s Music Hall is a popular post-work hangout, especially on Friday nights.

Surrounding the station is a string of convenience stores, including a Best One and a pharmacy, and the Fried & Grilled takeaway, which does exactly what it says on the tin.

No parking at the station but there is street parking outside (with restrictions).

This is a unique promotional space inside the ticket hall of the station. Brands must provide and set up their own promotional equipment.